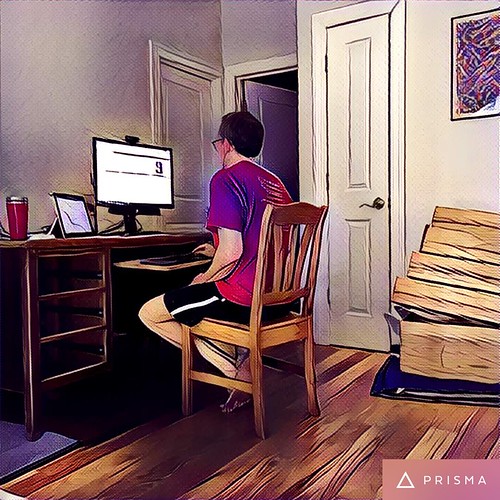 I’m testing out these new photo filters.  Jeremy worked from home today (I did not know he was planning on doing this), but he set up his office in the “hall” on the 2nd floor.  Vince had taken Jeremy’s desk out of the study and put it in his own room to organize Magic cards on them.  Jeremy was stuck using the enormously heavy desk in the hallway.  This desk (which usually lives on its side the tall way) has been in the hallway for years, I’m trying to get it down the stairs and out of the house.  I have to hire professional movers to get it down the stairs.  I made the mistake of asking for a quote last week – during the height of moving season – woo!  too high!  gotta wait until October.

Edda’s camp continued with “color wars” again today.  Edda’s team was green and it turns out we have very few pieces of green clothing.  We did what we could. 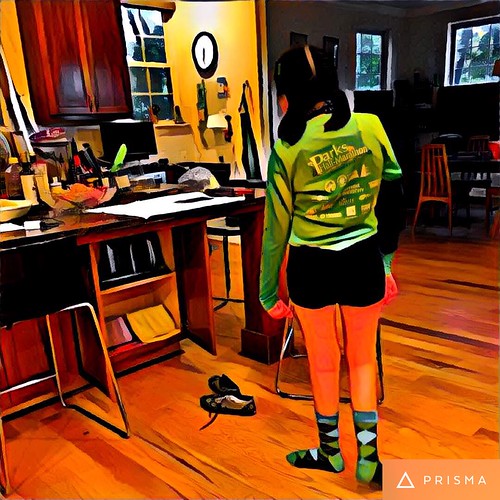 Vince is home.  This time for longer than 13 hours.  xoxoxoxo! 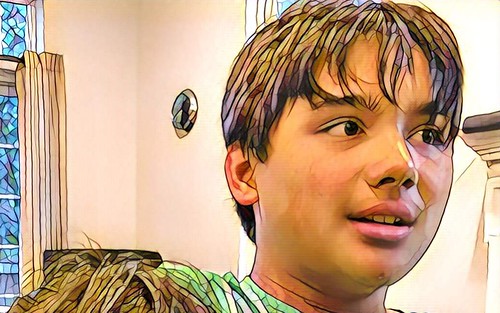