Ruby is deaf and almost blind.  I went to an online dog age calculator which takes into account that she’s a large breed dog and it said that she was 93 years old.  She’s still going up and down stairs, still eating well, pooping well and still giving lots of wags and licks.

I think after 10 years of watching the same 7 movies, Edda might be tiring of them.  I’m trying to introduce new ones into the mix – it isn’t an easy task. And now that I realize that she’ll hang onto a video for a decade, I don’t want to introduce any lame videos to her.  This morning – an emphatic thumbs down to Beauty and the Beast (which is a shame because it’s my favorite) and thumbs up to Cars.  Lightning McQueen, we are on to you, just a decade after you came out.

I went to breakfast with my pal, Julide.  Her daughter goes to the same camp as Edda.  If you can’t tell, today was the color wars day.  Ingrid and her counselor were on the yellow team. 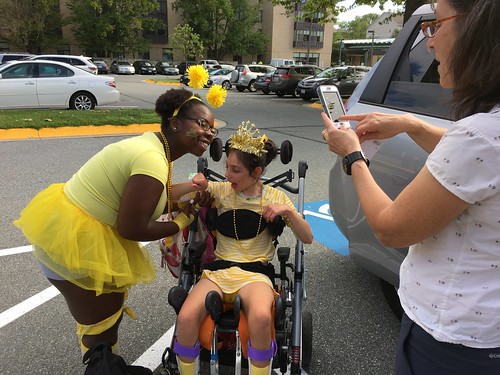 Our evening walk – I like to brush Ruby in the common area in our neighborhood.  Jeremy thinks I’m littering.  I think I’m giving birds materials to build their nests. 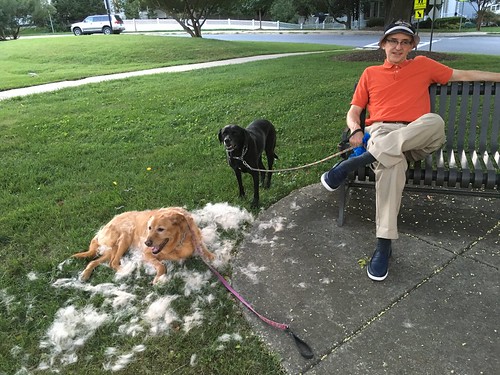