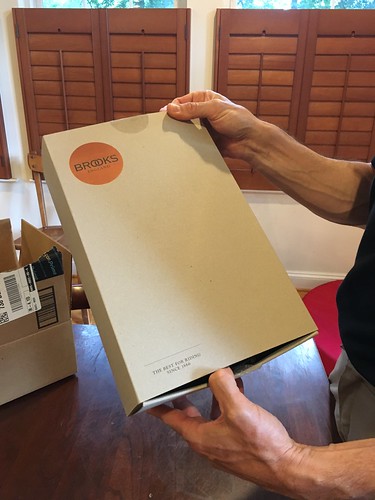 Jeremy spent all weekend texting Donald about exactly what sort of bike seat to get.  If Donald had a bazillion dollars, he’d open a bike store and just have all the bike parts he could get his hands on.  He’d have road bikes, mountain bikes, triathlon bikes, cargo bikes, electrical bikes – actually, I think Donald wouldn’t have all those bikes, but put Donald and Jeremy as co-owners of a bike shop and it’d be crazy town.  There’s be a wheelchair accessible / cargo bike next to a carbon fiber racing bike. When I text Donald about random stuff, I don’t get any texts back.  Not even a LOL or a smiley emoji.  When Jeremy texts Donald about bike parts, Donald texts back right away.

Jeremy is having, uh, issues with his old bike seat and wanted to find a more comfortable one.  And, of course, there is the cool seat – British, leather, molds to your butt as you ride it – but it’s kind of pricey.  The one that’s the same shape but totally not cool is half the price.  After texting Donald all weekend and then telling me how he just couldn’t possibly justify spending the extra $ on the cool seat, Jeremy ordered the half-price seat.

But what happened the exact same day that the half-price seat gets delivered?  The cool hipster leather seat gets delivered – a surprise from Donald.  Oh,  Jeremy was so happy that he got such a nice gift and also finally admitted to himself how much he wanted the cool seat.  Sometimes you just want the cool thing for no other reason than to have the cool thing.  Thank you Donald.  You are a very nice brother/in-law. 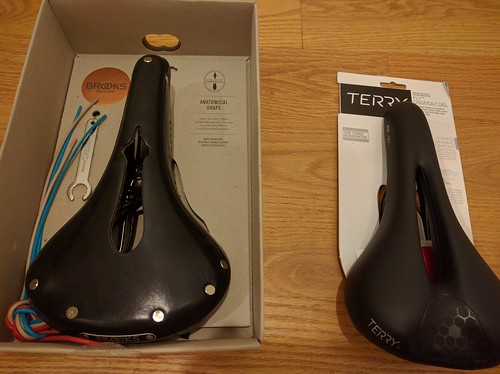 Brooks – started making stuff out of leather in 1866. 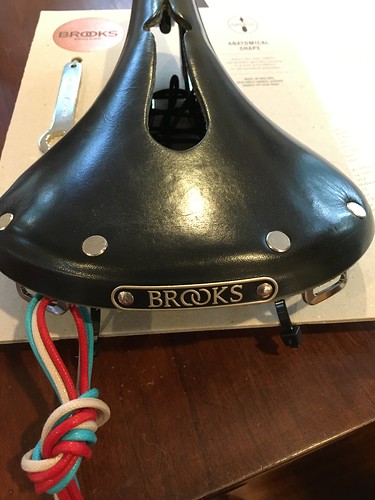