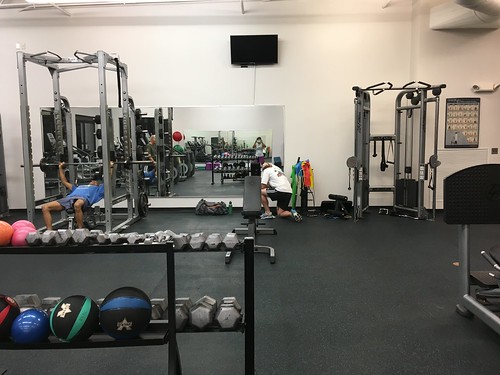 Gym in the early am.  I usually don’t go early – but when I have (usually on a weekday), there have been this group of older guys who blast music from their own portable speakers.  I was surprised to see them there today on a Sat, they must go everyday.  They are nice and jolly, but they still play their own music too loudly.  The schedule says the gym opens at 6am, but when I get there at 6am, there are already the music-blasting guys working out.  Turns out the secret opening time is 5:45 am, which is when the swim team starts practice (on Sat too?  Those swimmers are crazy.) and these are the dads (I think.).  The trick to going to the gym early (or doing anything early) is not to let the thought “I don’t wanna get up” form at all.  After a while, it gets easier to dismiss that thought and there you are, at the gym super early on Saturday morning.  You can also learn to start ignoring thoughts such as “That guy is so annoying” “There is too much work, I’m overwhelmed” “This is incredibly frustrating” “I’m lonely” “I’m itchy” “I can’t do this” “Other people are having more fun than me” “This is boring” “I don’t wanna.” “I’m failing at this” – not 100% of the time, but a lot of the time, probably 80% of the time when I’m well rested, it may drop to only 40% of the time when I’m under stress.

Jeremy’s secret talent of loading dishwashers.  I’m impressed.  I need to learn from him. 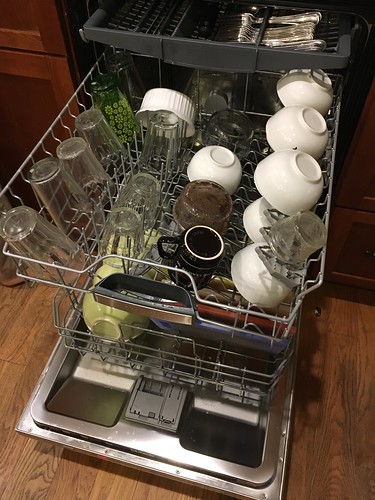 Why did I have to go to the gym early?  B/c Jeremy wanted to go bike riding at 8 am – Go Team Science!  I got him this UCS biking jersey for his birthday, unfortunate that it’s in white…I think it’ll get dirty too fast.  Fancy – actually looks like a biker.  (He went with the slow group today, next week, back to the fast group). 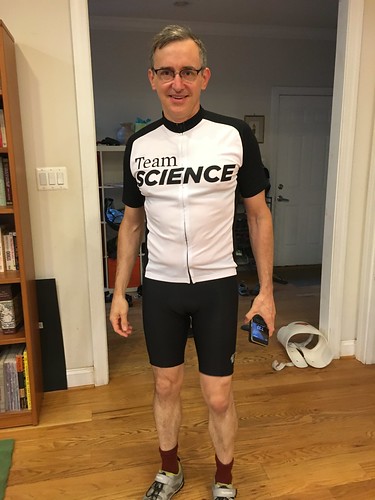 Mom, Dad, Vince, Edda and Kitachi all went out to Chinese food for lunch.  Kitachi was a good sport, trying all the weird Chinese brunch stuff – probably involving red bean paste and taro.  My mom want you to know that her shoes have memory foam in the soles. 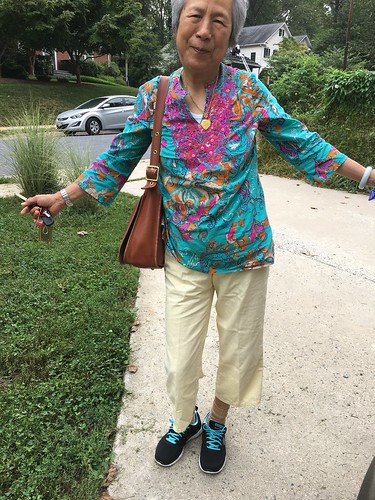 While they were out, I did bills.  Sleep Safe bed?  DENIED!  Not medically necessary apparently.  ^*&#^*!#& (Oh yeah, I’m suppose to ignore that thought.)  Gonna try to appeal.  Some people dream of an overpriced car, or a luxury purse, or a fabulous vacation.   I dream of an adult sized crib. 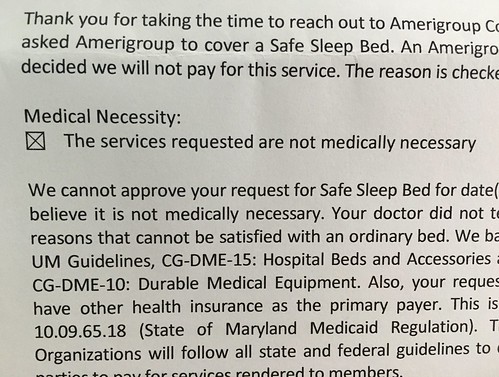 I didn’t think I was tired, but I slept for 2 hours on the couch.  Edda did not sit on my head. 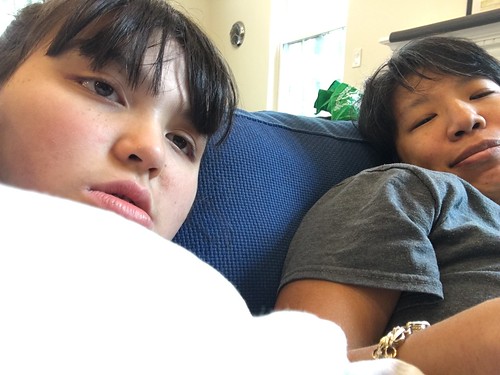