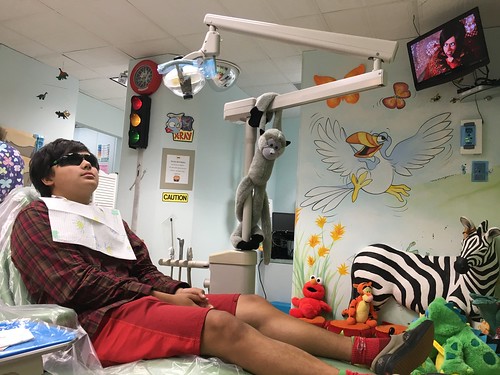 Ha ha, now I’m feeling the squeeze of fall.  Lots of things happening, lots of things to coordinate.  Let’s see.  Thursday, Vince had a dentist appointment.  His teeth are beautiful according to the dentist.  Naturally straight and evenly spaced.  The dentist suggested finding a wife with equally beautiful naturally straight and evenly spaced teeth and then they could go on and produce children who would need no orthodontia.

Back to school night was also on Thursday night at the high school.  Jeremy and I were arguing between classes.  Both of us had had a long day and we both skipped dinner.  It was a strange argument because we’d be perfectly nice and engaged during the 10 minute teacher presentations and then fall right back into arguing while we were traveling between classes.

English class, 1st period.  New for MCPS this year – no finals.  Only end of the quarter tests that are worth 10% of the grade.  Everything is on Google Classroom and kids have laptops they work on in school. 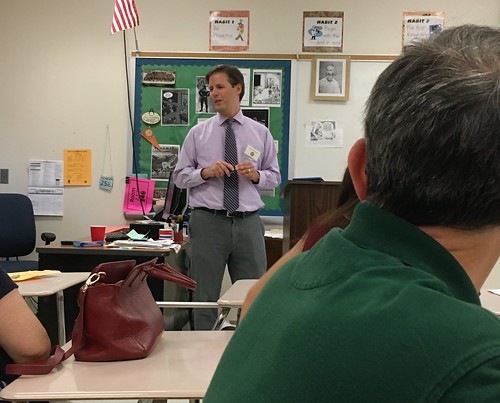 The infamous Chinese teacher – she claims that after three years of learning simplified characters, students should easily be able to switch between simplified and traditional characters.  Sigh.  These poor kids. Chinese is so hard, so hard for kids who don’t have anything to anchor anything to.  Unlike the other two languages taught (Spanish or French) there are no letters, nothing that kind of looks like English and to throw two systems of characters at them is just brutal.  Grrr.. 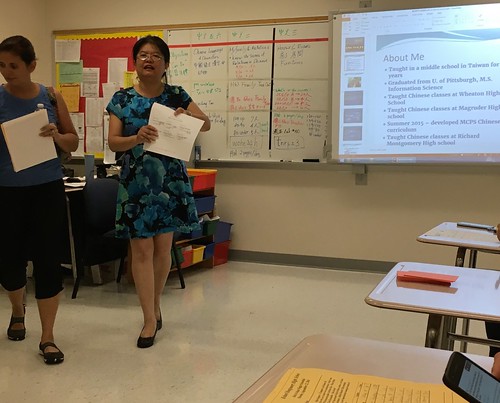 I was most impressed with the US History teacher who gave a very heartfelt speech about how much he loved history, how he loved challenging the kids, how history is a story about people who lived lives much different than our lives and that’s worth knowing and thinking about.  Almost makes me want to learn about history.  Almost.

Our argument continued to the car, where I’d forgotten exactly where I parked the car (far away because the lot was full).  Sometimes in these situations when I’m exasperated, I irrationally tell Jeremy to find the car himself which is impossible because Jeremy walked to the school from the Metro stop.  I was the only one who parked the car.  When we got home, Jeremy was like – we are not talking to each other until we have both eaten a taco.  So we both ate a taco and then felt much better.

On the morning run, a huge spider web.  Finally fall running weather is coming back for sure.  This was the first run since May or June that I didn’t bring any water with me. 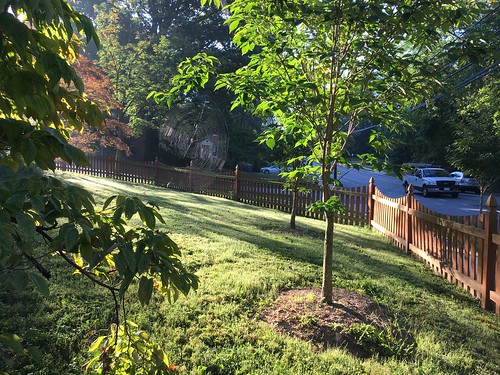 Friday night dessert.  This is what my mom served for dessert.  Taro and red bean paste.  Chinese people are not very good at dessert. 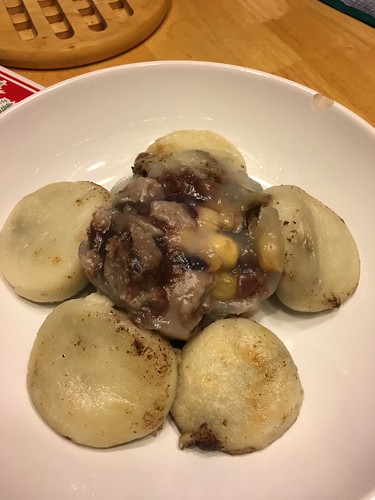 Friday night lights!  Wootton vs RM at Wootton.  We know where each of us stands.  Drove by to find out my beloved Patriots were down 6-14. 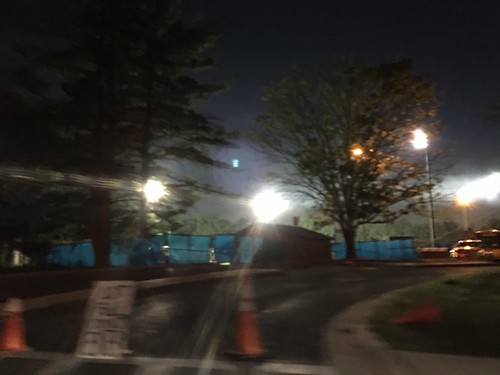