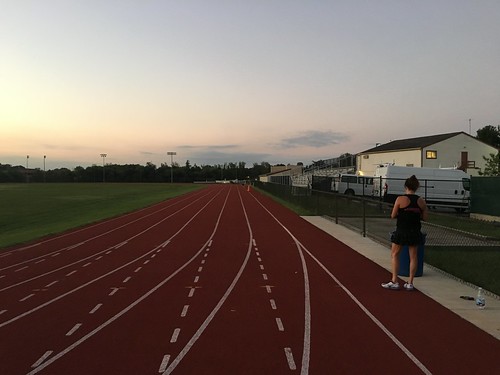 The Montgomery College track at sunrise.  Really, I should have gotten there 15 minutes before I did because I was squeezed for time (as you will see), and I don’t like to rush through a workout.  I did 8×400 – so that’s one lap pretty much as fast as I can muster and then one lap rest and do that 8 times. I haven’t done a workout like this in almost a year because I hurt my hamstring in January and haven’t really been able to rely on it to propel myself quickly around the track.  It held up pretty well today, I’m happy to be back at the track, though I’m slower than I was at this time last year.  Paul’s still (patiently) coaching me, sending me workouts weekly.

I biked to the track and then I biked home and I realized that I had to forgo the shower and throw all my crap together to make it to class by 9 am.  This year, they built a new parking garage on campus and started implementing a $200 fee for a parking permit.  I often need just a little nudge like this to get me to do what I should do (and what Jeremy is constantly “encouraging” me to do) which is bike the 2.7 miles to class – which I have been doing for a few weeks now.  I have no idea how this works out to be so slow, but it takes me 30 minutes to bike the 2.7 miles. It’s like uphill the whole time and I’m all sticky from the morning’s track workout and I think now I’m doing some perverse backwards triathlon brick workout with jeans, a crappy bike and a Sponge Bob lunch box.  I thought I should just find some sprinklers on campus and then walk through them and wave my arms around the water spray call today triathalon tuesday and be done with it. 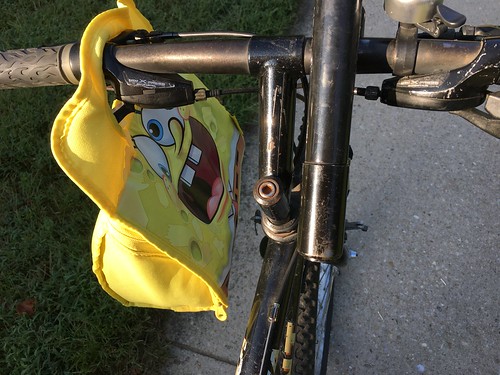 We though Vince’s iPad might have finally died.  But I didn’t, we rescued it with rice.  Oh yeah, Vince started weightlifting class three days ago and, no surprise, he can already lift more than me.  I’ve been telling this to him for years, just go out and try like for 10 days, you’ll run faster and lift heavier than me – just 10 days (well the 10 days is for the running, the lifting was pretty much as soon as he touched the barbell).  He never tried until now.  Ahh, to be a young, growing teenage boy – everything is getting stronger, everything recovers better, everything is brand new.  Unlike me, aging female, headed straight into peri-menopause and trying to protect all my parts from being tweaked. 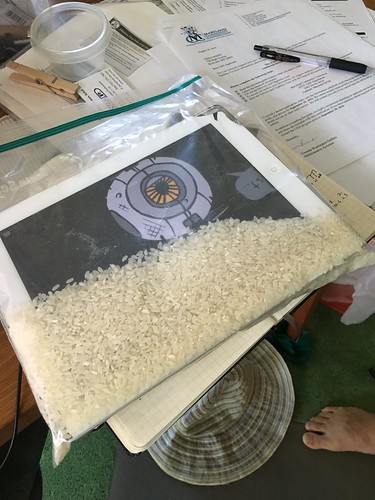 Mom came over instead of Dad to do the Chinese and math.  Mom showed me the spot where the nail went halfway through her foot. 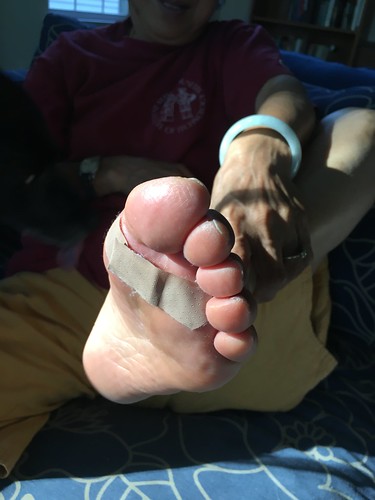 We were telling mom that she looks like she’s 14.  If she wore a cap, she could certainly imposter Vince and take his math tests and Chinese tests in his place. 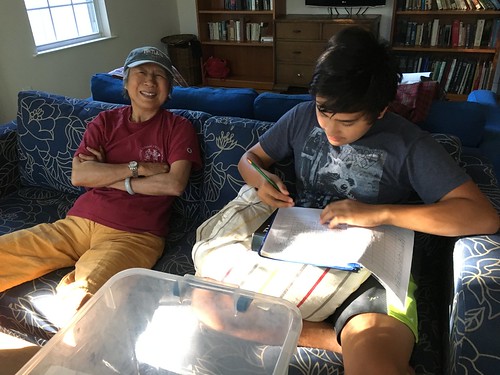