Well leave it to the RM protest and related altercation to lead to the change in MCPS policy. MCPS superintendent says protesters can face disciplinary action. Read about it here.

For my last day at community health clinical, I visited the Montgomery County Correctional Facility with my clinical group.   This is a maximum security jail with people who have committed crimes including rape and murder.  It was a five hour tour and when I first got there, I wasn’t that excited about it because I didn’t think we would see much.  But we got to see everything:  the medical facility, the kitchen, the women’s cells, the men’s cells where they held inmates who were suffering from acute mental illness, the pharmacy, the gym, the GED classes where inmates were learning math, the library which is a branch of the Montgomery County library, the segregation area (solitary).  We got to talk to nurses, correctional officers, staff that focus on gang activity, staff that run the retraining and work assistance programs.  This is a well run facility where the medical care is a priority and all inmates get community level care which means they get the same treatment (probably better) inside as the would on the outside.  So HIV meds, hypertensive meds, dental care, mental health care, pain meds all all provided.  (Though not yet the Hep C cure which runs $1000 a day for 6 (?) weeks).  The tour guide (the medical director) was hoping for us to get a chance to speak with some inmates, but we didn’t have time to do that. Access to abortion is provided (though the cost is paid by the inmate).  TB testing, STD testing, it all goes on and on.  It really was incredibly fascinating and eye-opening.  Apparently this is a model facility, they host tours all the time in groups up to 60, including groups from overseas.  The people who work there, work there for a long time – apparently it’s a great place to work.  It was very clean, very quiet, very orderly.   Dare I say – hopeful?

I’m a little stuck with Vince.  One of my disciplinary actions kicked in last night.  He got an “E” on an English quiz, so he lost his computer access for the evening.  Each evening we go through assignments, due dates,  test dates, how to spread out the work, how to study.  So this English test, it was on “The House on Mango Street” and he didn’t mention it to me nor did he study for it.  I was miffed.  But he told me that it’s a “pop quiz” and that there is no way to study for it. And there are only 5 questions and so if you get 2 or 3 wrong, you are sunk.   He got the test back today and I looked over it and I can see how you can’t study for it.  I can also see how he answered the way that he answered.  What do I do?  These English tests are tricky.  They were tricky for me when I was in high school.  I read a ton (usually fantasy or science fiction), so it wasn’t like I couldn’t read – it was just hard for me to understand what the hell they were asking.  My SAT scores were too skewed.  Unfortunately, it was only after I started reading the NYTimes and the New Yorker after I met Jeremy that all those questions looked exactly like what I was reading.  Jeremy also notes that it might just be time – I spent a lot more reading after the SATs than before the SAT.

I tried to make up for the lack of computer time by buying stuff at the grocery store that I thought he’d like like this Sriracha mango yogurt.  He did laugh when he saw it, and tried and and declared it disgusting. 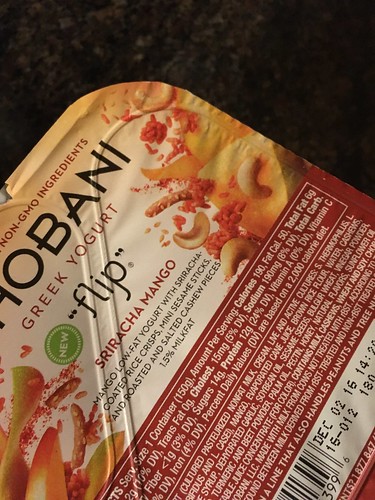 And to end the post – a beautiful picture of the outdoors. 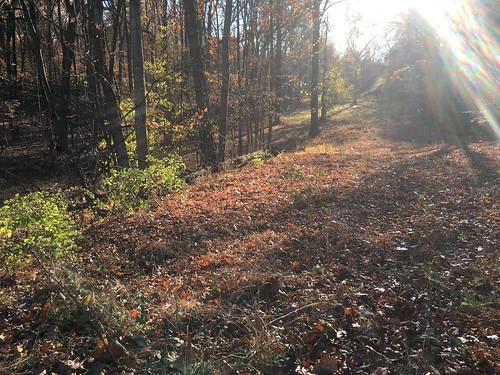