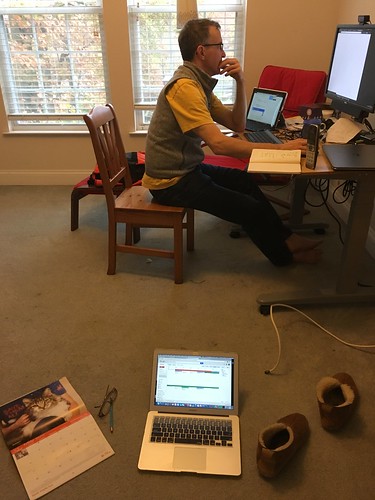 We rearranged Edda’s surgery date at Children’s, which took at least 20 minutes of serious discussion this morning.  Jeremy expressed dismay when I told him I had scheduled it on my graduation from nursing school – he said to me – you may not want to go, but I want to go.  And there are various school, camp, after care situations that I didn’t really consider when I made the appointment (which I did when Jeremy was traveling).  It seems like these surgeries are scheduled for Fridays, and the perfect day would have (of course) been the last day of school, but Fridays around that date are already booked.  So the new date is May 26th.  We also had to plan around some work travel dates for Jeremy in mid-May and mid-June which sound OK now to me, but almost always inevitably leads to me giving Jeremy the stink eye when I’m knee deep in the time that he’s away from the house because of some unexpected burden/stress/event, most of which, I acknowledge, ends up being NBD, but in the moment, I’m overwhelmed.  The surgery is now scheduled so Edda’ll have it on Friday, the following week, we’ll be camping out at Children’s and then the following following week, she should be home and Jeremy’ll be traveling to California for 4-6 days.  Keeping my fingers crossed that everything goes smoothly.  I’m sorry, Jeremy, for my future behavior – it’ll be fine.  My Rett mom friend, Soojung, who does Alice’s surgeries at Hopkins wondered why the surgery was on a Friday.  I immediately knew what she was concerned about.  You do the surgery on Friday and then you head straight into the weekend with a more skeleton nursing crew and doctors on call who look like children themselves because they just got out of medical school.

The house is going to be vacuumed tomorrow.  I looked at all the golden hair around the house and felt sad.  When I mentioned this to Vince when he got home, he ran to get a little baggie and stuffed it with a bit of Ruby hair and said that we needed to keep in case one day we’d be able to clone her.  DNA is very important in cloning he told me.   I never thought about cloning, but it makes me smile to think about it.  Maybe someday, though the Ruby hair sample is throughly mixed with Maxi hair – we’d get some crazy blend of Ruby/Maxi. 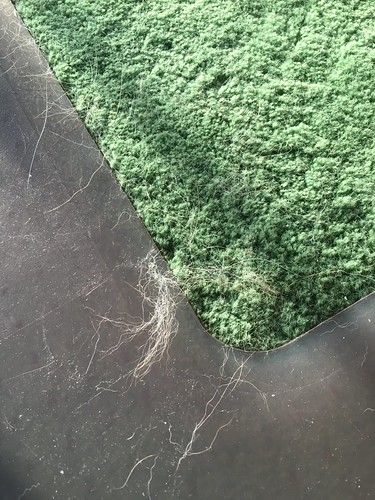