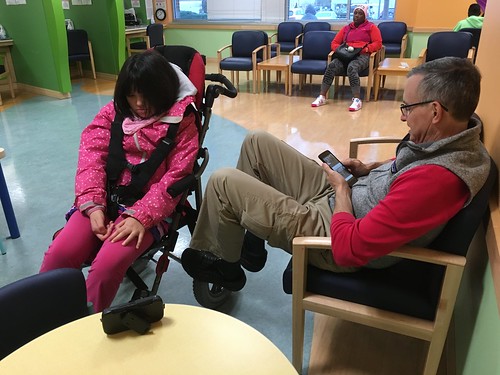 We showed up at Children’s at 7:45 this morning for a follow-up on Edda’s back.  This is the x-ray room.  We did need Kiki’s help to hold Edda’s feet for the full chest x-ray.  She mused that the lead apron protected her reproductive parts (which aren’t that important to her now), but left her noggin exposed to the X-ray. 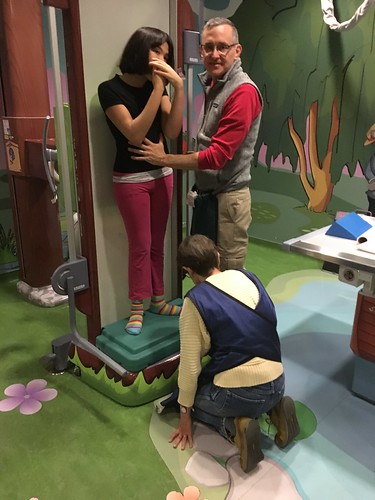 Edda’s back, unsurprisingly, has gotten worse.   We are going to do the surgery soon – I think in May (which I guess is soon enough – it seemed really soon when I was in the office talking about it, but now as I’m sitting here typing, it seems far away).  She’ll be in the hospital a week, then a month at home (at least) and then three months until she’s back to her regular self.  We’ll get her another refitted brace as we set up the dates for her surgery.  Someone mentioned to me, maybe you can get some free nursing care (like through insurance or Medicaid) and I laughed.  I’ll have my RN degree by then, I’ll be the free nursing care, that’s the only way we’ll be able to get it. 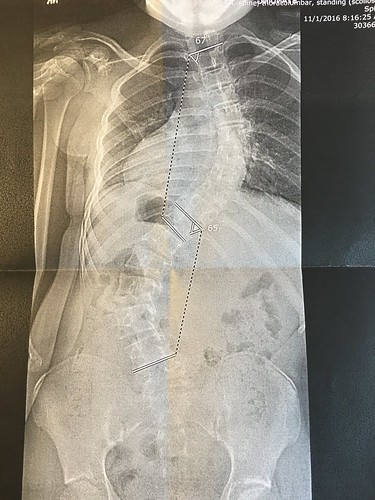 Jeremy’s off to Portland for a few days. 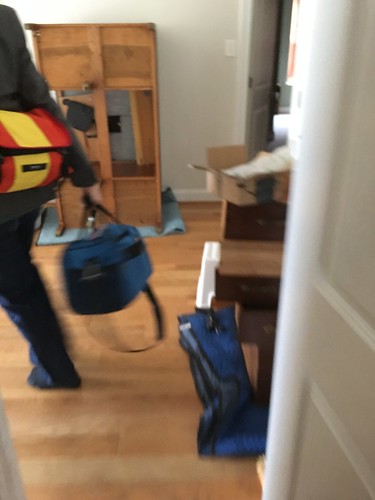 I bought a sewing machine. 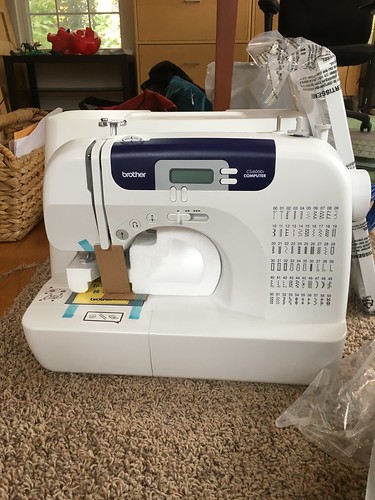 I need to manufacture a bunch of Edda’s bibs.  For a decade now, I’ve patiently spent an hour or 90 min making each bandana bib by hand, blanket stitch after blanket stitch.  And I’d make a couple a month and for a long time, we had an abundance of bibs. But now, Edda has this habit of chewing her bibs, which makes them degrade faster (so their lives are shorter), soaks them through (which means changing them multiple times a day) and there are many places that she’s going (school, aftercare and home) where she needs a steady supply of them.  So I’m going into manufacturing.  I’ve been assured by an accomplished seamstress that this cheap, computerized sewing machine can take me where I want to go, that I can get the edging pretty much how I want it.  My accomplished seamstress friend was like – do you want me to make 40 for you right now?  I could do that…  I demurred.  She also said I was wasting money buying actual bandanas, that I should just get remnants and go from there.   Right now I’m daunted just looking at the sewing machine.  Will report back later. 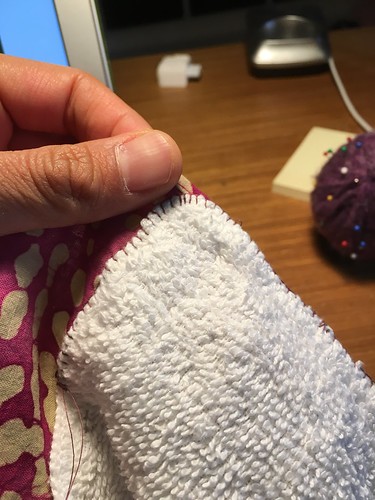