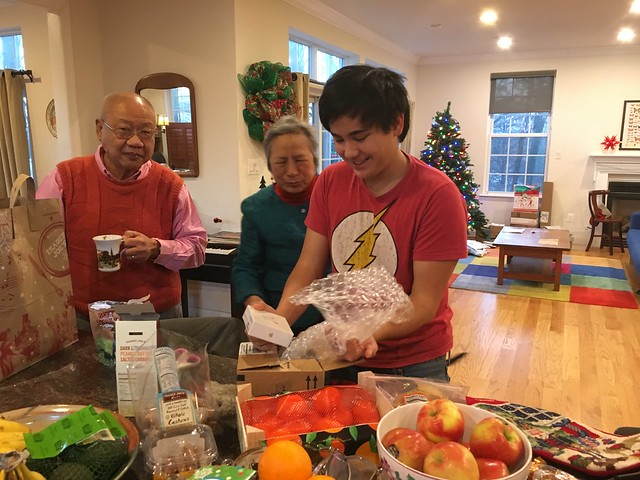 Merry Christmas to you all!  We had a lovely day and I hope you did too.  Vince started out today by opening Uncle Donald’s gift of the newly released Apple Bluetooth earbuds.  AirPods? iBuds?  I forget.  Donald always gets us the coolest stuff, these are sold out until February and are so losable!  I hope Vince tries extra hard to not misplace them.  Donald and I FaceTimed today and Donald thinks Vince’ll lose them in about 14 days.   Apple will sell you a singleton if you lose one of them, which is not the policy of Tiffany’s which I found out from a friend a few months ago.  Tiffany’s will not sell you a single earring that you lost on your trip to the beach, you gotta buy a brand new pair. 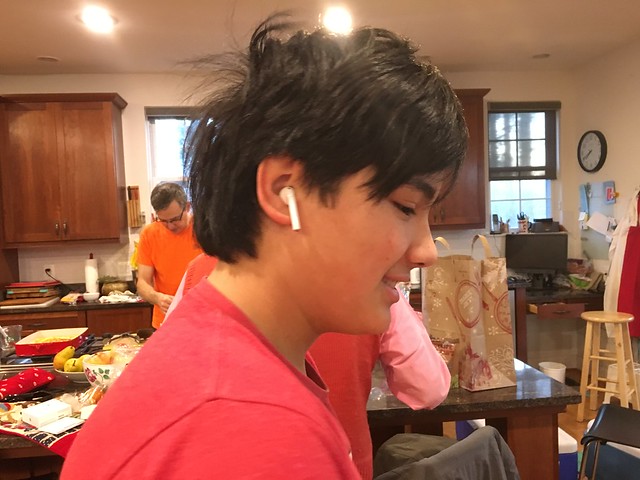 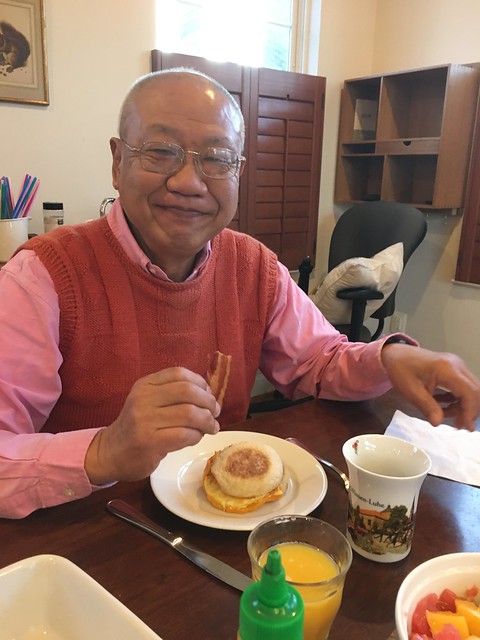 Then after the gift opening roulette of random Amazon boxes (which after Donald’s gift of the iBuds, was somewhat less exciting, but still fun in the way going to the neighborhood park is still familiarly entertaining and satisfying even after a few days at Disney (examples of neighborhood park Xmas gifts: socks.  lots of people got socks.  and calendars.  there was at least one calendar), Jeremy and I took turns exerting ourselves outside in the beautiful weather (running for me, biking for him) and then we turned to the prep of the evening meal. 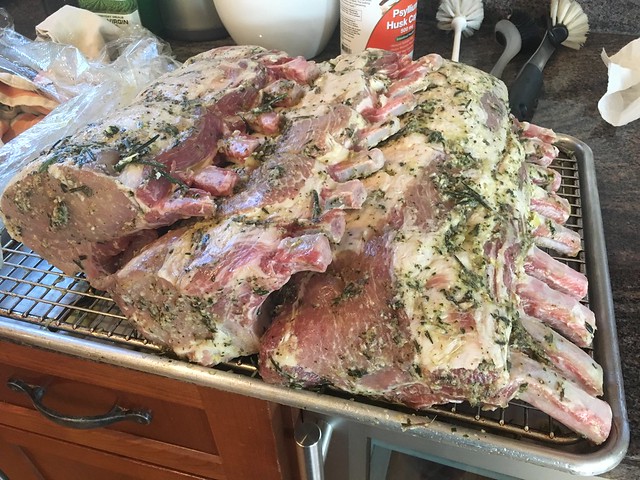 Nat and her family are here from Thailand and they joined us for dinner. 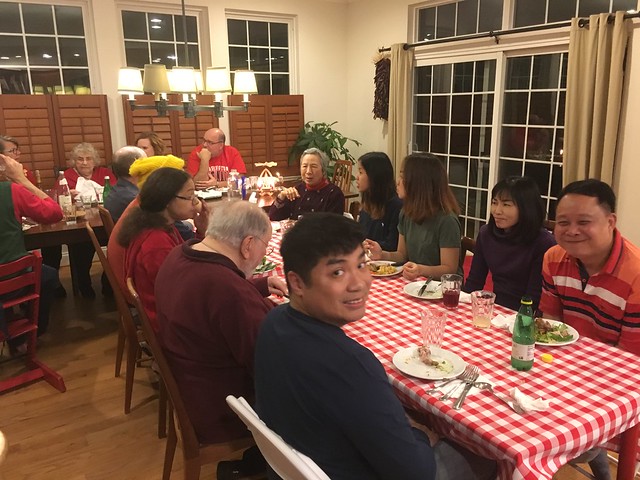 The roasts came out well. 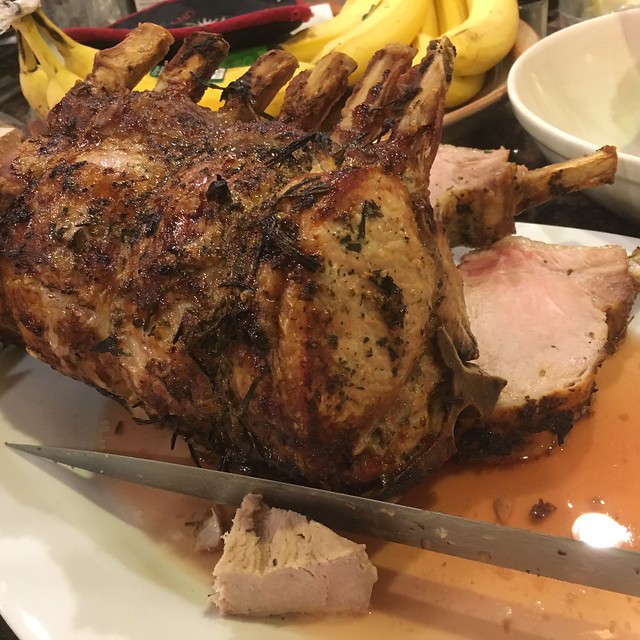 And Nat made this beautiful domed cake.  Delicious! 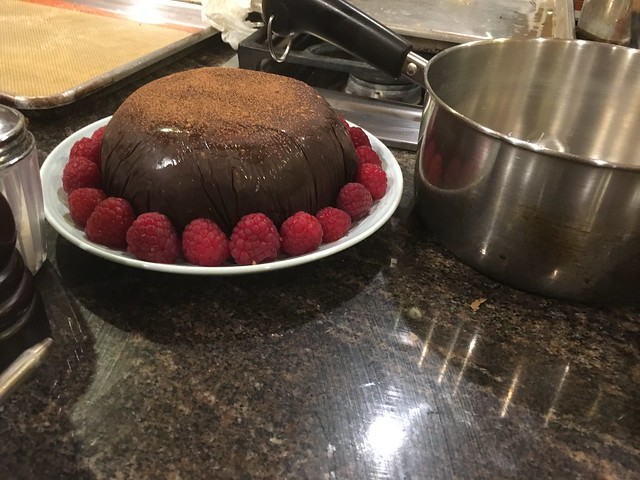