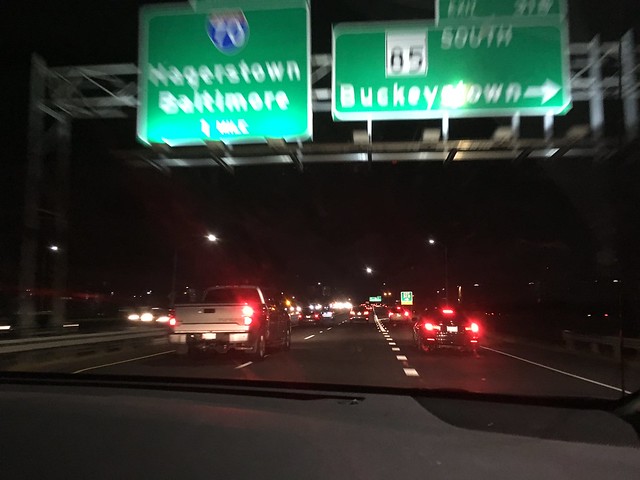 Impromptu road trip to Bard to celebrate Kiki’s birthday.  We left after work on Friday night.

It was a super cold weekend, but we did OK.  Ice started to form around my favorite Bard art installation which I like to call the Lake of Insanity, but it’s really called the Parliament of Reality. 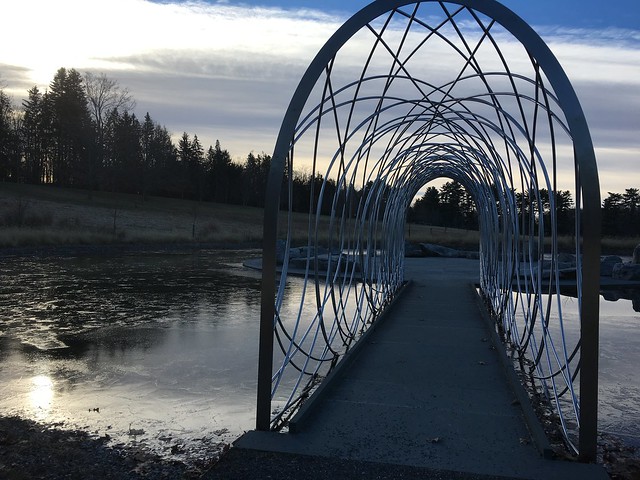 Edda had a less than perfect weekend – she seemed to moan a lot which Jeremy thought it was because she’s constipated.  Here she is smiling at her cousins’ photos and the little lit Christmas tree. 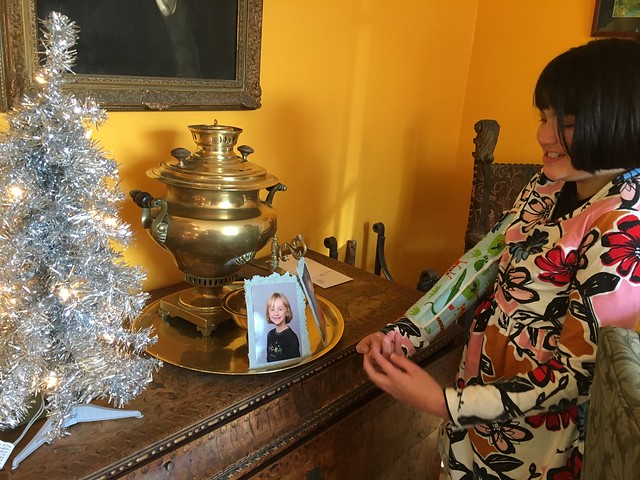 We saw Jeremy’s high school pal, Katherine who recently moved close to Bard with her two kids.  Vince had come to Bard with his own friend, Sam.  So we threw the four boys together and hoped for the best.  They are at the age where the easy playdate is not really easy and it’s hard to predict if four teenage boys will even speak to each other.  I did anticipate this before we left for the trip and suggested that Vince bring Cards Against Humanity, which they did play and then start talking to each other – though I had to ask for forgiveness from Katherine that the boys were playing a racy game. 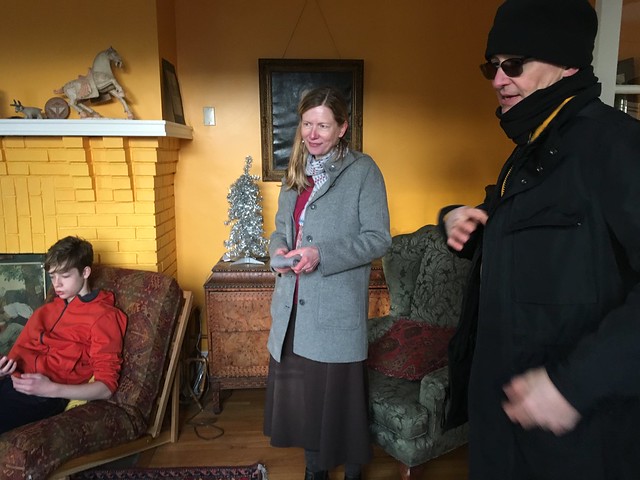 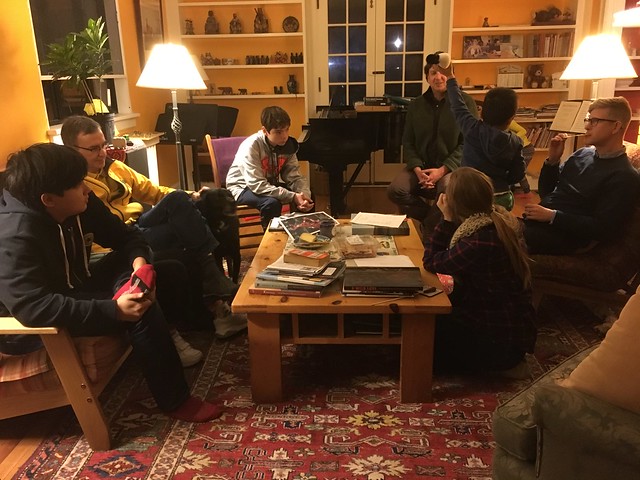 Jeremy and Edda in the morning. 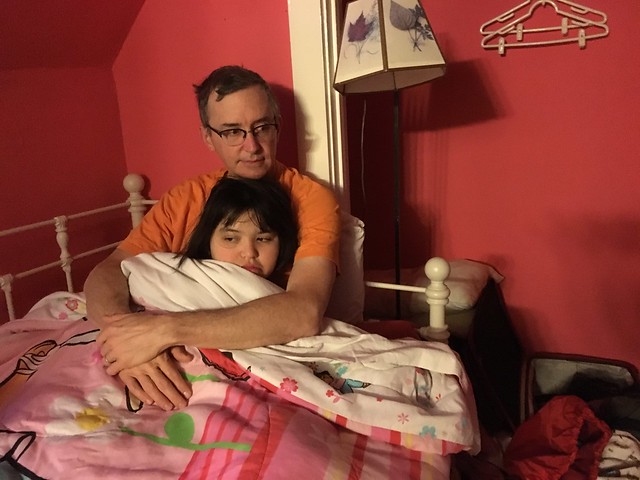 An early morning run with Bob to Montgomery Place. 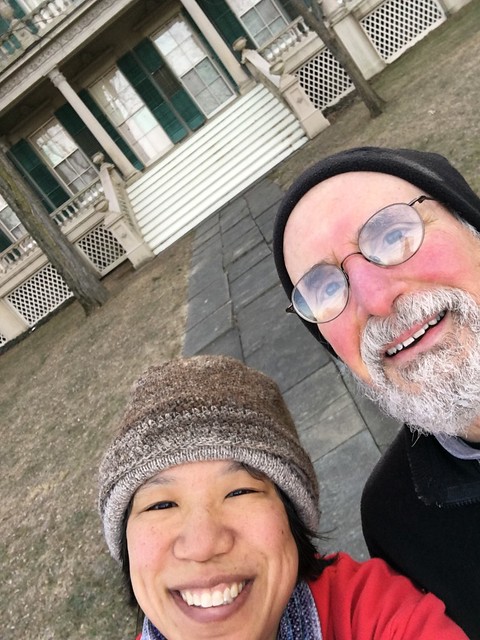 Brunch with Emy and Seth.  Try to ignore Edda’s grumps.  She did break into a wide smile (in front of my mother-in-law!) as soon as we packed into the car to leave – to which I scolded her for being so blatant in her feelings about this road trip.  I was searching for the word – Edda!  You need to be more…  and then Katherine supplied the word – diplomatic!  Edda, be more diplomatic in your feelings about the trip, we know you love home, but your Bard home is a very nice place too. 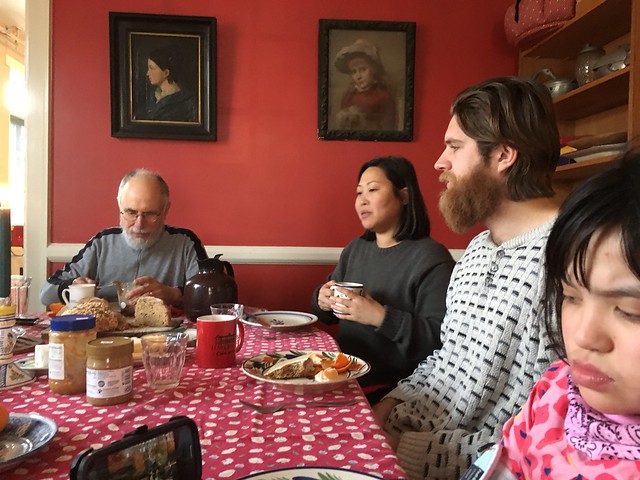