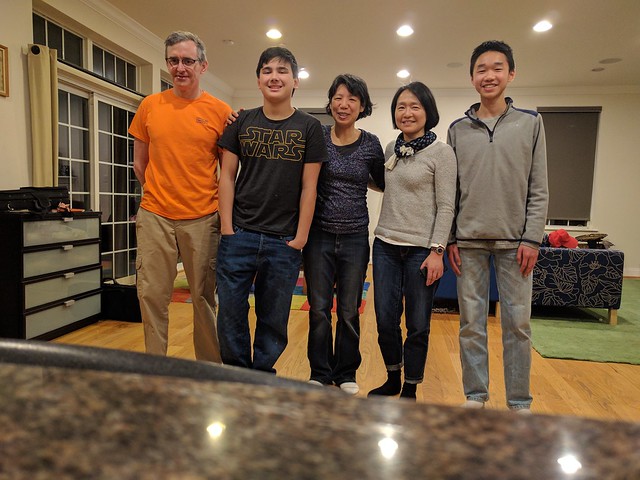 Morning all.  Sunday night, Aileen came from Albany with her son Gordon and stopped by the house on their way to a weekend of sightseeing in DC.  She was Jeremy’s coworker from AMD (now 15 years ago) and she still works in that industry, so she caught Jeremy up with all the random co-worker gossip.  Vince and Gordon spent a nice evening playing video games.  Vince was very sweet, entertaining a strange teenager for a few hours. 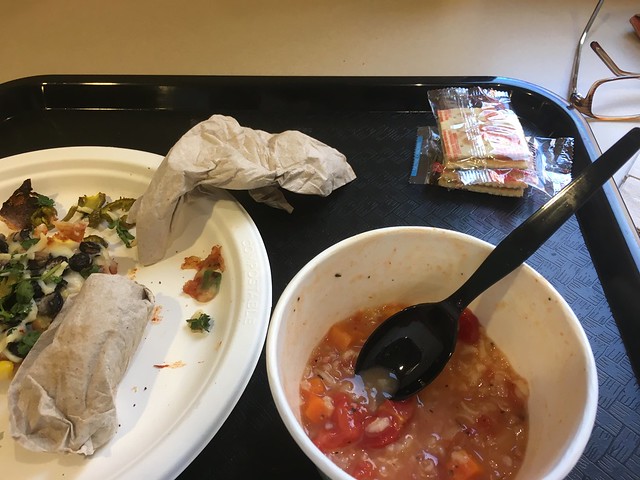 I started my clinical rotation on President’s Day.  A full 12 hour shift where I don’t know much about what’s going on.  I’m back at my adult health clinical site at our local community hospital, so it feels familiar and I know where all the supplies are.  I found out that it’s the busiest floor in the hospital.  Just today, I shadowed my nurse with her four patients – a renal patient waiting for a kidney transplant, a cardiac patient waiting for an appt at the cath lab, two patients who needed consults with hospice – and that was a quiet day for her.  There was a trach patient on the floor, a person in ETOH withdrawal, etc. etc.  Lots of stuff.  Seemed understaffed by quite a bit, so I asked around some of the nurses and they assured me that though it was challenging and hectic work, it was not a dysfunctional floor.  One shift down, 13 to go.  I should bring food and not buy hospital food.

Jeremy had the kids today.  The day was gorgeous and Jeremy and Edda made it out on a little walk to the neighborhood circle for this beautiful photo. 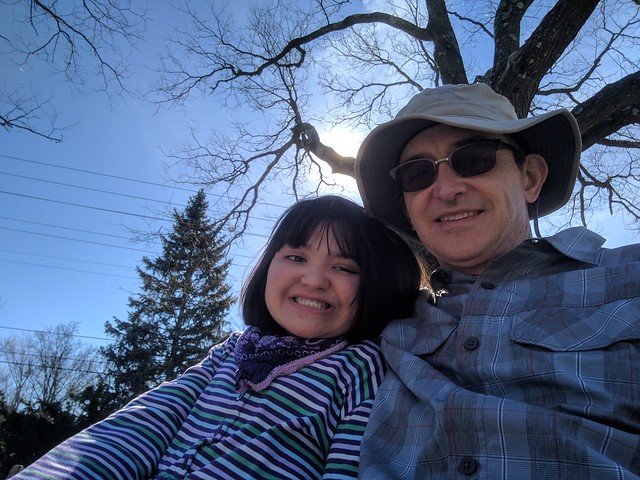 They did do some holiday window shopping – Vince looked at some big screen TVs at Best Buy.
As well as some headphones. 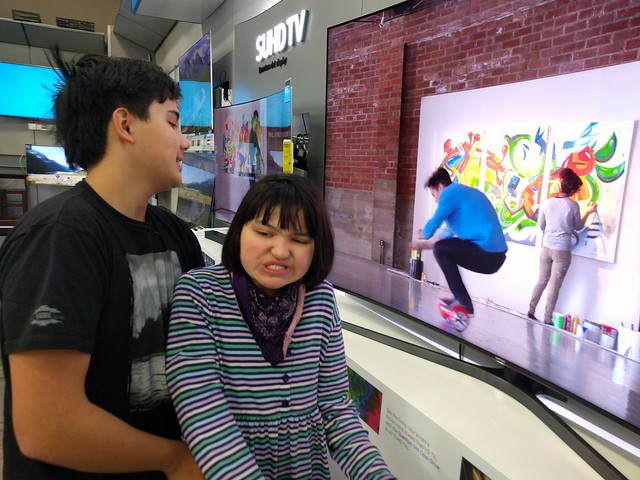 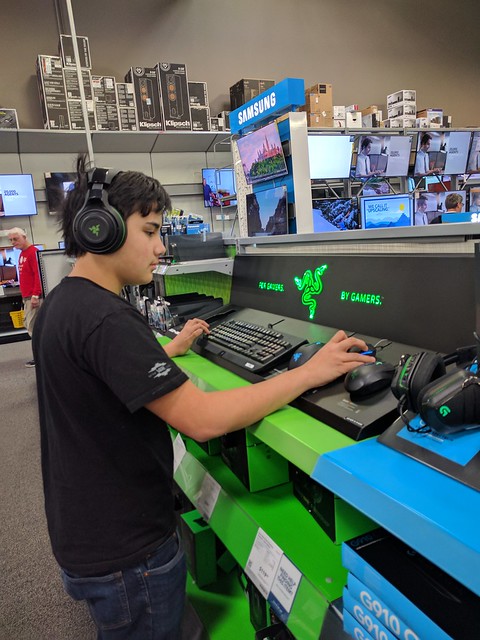 Vince was gone a lot of the weekend on a campout and I knew he had a Social Studies paper due on Tues (today).  I asked Jeremy and Vince to go over the paper during the day while I was at the hospital.  When I got home at 7:30 pm, I asked both Jeremy and Vince how the paper went. Vince said (from his room)- I’m done!  Jeremy said (in the kitchen while I’m eating a late dinner) – oh, the paper could have been better, I think I might have made it worse, but we went over it a couple of times and it’s OK.  I thought, fine, that’s OK with me.

I finished dinner and I went upstairs to get an hour in of regular work to start off the work week without confusion.  Thirty minutes after I sit down, Vince asks for a final once over of the paper.  As soon as I started reading it, I was like, OMG, you are your father’s son.  Jeremy loves the complicated argument.  Nuanced and subtle.  Complicated and intricate.  Generally well thought out and probably the best answer, but unclear and difficult to decipher to anyone outside the field (and maybe in the field too). The topic was whether the US should have bombed Auschwitz and the railroads leading to the camp.  The teacher (given the supporting documents) clearly wanted a yes or no answer to that question, but Vince was arguing that the railroads should have been bombed and that the camp should not have been bombed – which then sent the paper into a weird state where you are arguing both for and against bombing.  Now it’s 9:15pm and I’m fading into sleepiness, but I’ve already upset Vince for by over-correcting his paper when I should have just left it alone and then I’m irritated at Jeremy for not going over the paper as well as I thought he should have.

And Jeremy and I went to bed discussing the Auschwitz and how/when to capitalize the word “Jews” or “Jewish” and our different approaches to paper writing and then we both had to apologize to Vince for jerking him around.  Of course, he starts at a point that is between what is natural for Jeremy (complicated and interesting) and I (strictly following the rubric, the least interesting, but clearest and most straightforward, easiest to grade) and then Jeremy pulls him towards his side while editing the paper and then I try to pull him back to my side at 9pm before it’s due.   But Vince stayed up a little late and revamped the paper, which is why I’m up at 5 am trying to edit.