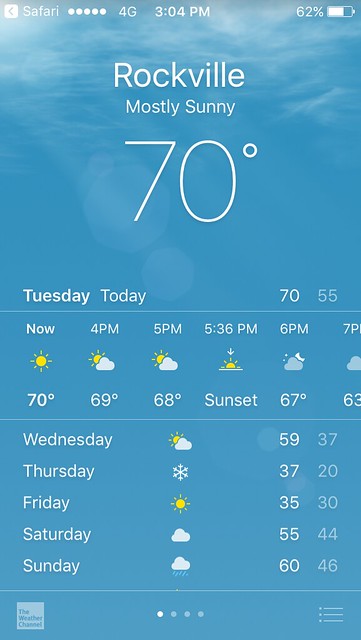 What the heck?  It’s 70 degrees here in Maryland.  Though I still wore my fuzzy boots and huge down coat because it’s FEBRUARY.  We are so doomed.  OK, maybe I’m not doomed, but for sure Vince’s kids are doomed.  I just hope it’s not 110 degrees all summer.  I’m sure it is only because I bought my dad a snowblower for Christmas.  It’s not climate change, it’s just karma.  Just for this winter.

I often drive Vince to school in the mornings and he almost always forgets something.  Today he forgot a a social studies packet.    I’m trying to teach him to manage his time between his obligations (mainly school) and leisure (mainly video games).  Vince is conflicted on this matter.  Yesterday, he came home from school all upset because he wanted to play video games all the time and have all his work done too.  I told Vince that this is a very common struggle, not one that will go away in a lifetime. 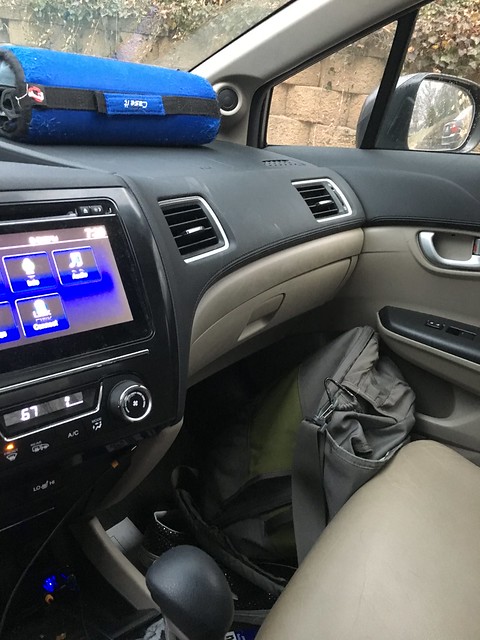 Of course, I have the same struggle.  I’m trying to stay on -ask with a new sand timer I ordered from China via Amazon.  It’s suppose to be 20 min, which is the right amount of time for steady work.  But it’s only 12 minutes and 30 seconds long.  That’s too short, so I have this idea that I should turn it around once it runs out for a timer of 25 minutes, but that doesn’t seem very satisfying. 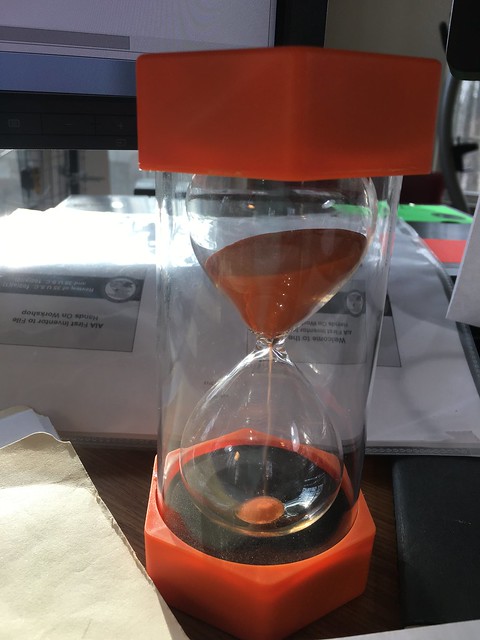 Small act:  Called our Republican governor to issue a statement against the president’s travel ban.  I also should have told him that I hate that school now starts after Labor Day.  Boo…