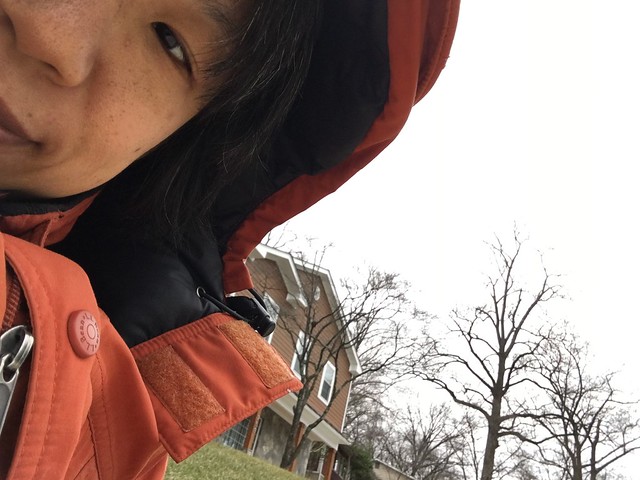 Jeremy went on a bike ride this morning and, while on my own, I got into a tiff with Vince and then I felt blue.  To feel better, I went and took myself out for a walk and Jeremy just happened to come home and spy me walking towards the pizza place.  He asked where I was going and I told him I was just taking myself for a walk for pizza because I was blue and then he asked – did you and Vince get into a fight?  How did he know? He asked me to wait for him and he drove the three houses home and got changed and came back and took me out for pizza and ice cream at 2pm.  He laughed at me and said – you two are quite a pair, a true dyad.  While I was eating my pizza, Vince was trying to text and apologize and I texted back my apology too.  The apology involved edamame gifs.

I trimmed Edda’s bangs this morning.  Kitachi then put her hair in two ponytails, she looks like a Japanese superhero. 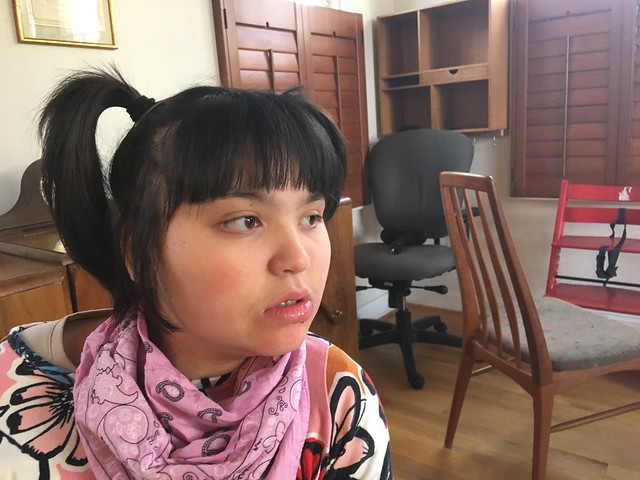 I went to Thu’s monthly dinner – this was a cheese wheel party. 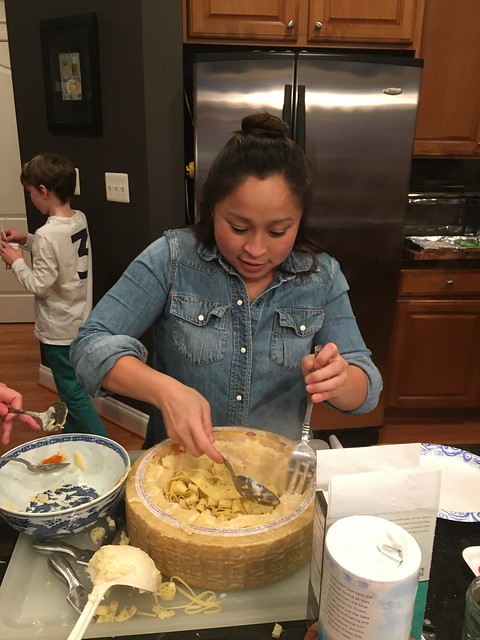 I used Thu’s party as an excuse to buy things at Whole Foods that I covet and only want one slice of.  Pineapple upside down cake. 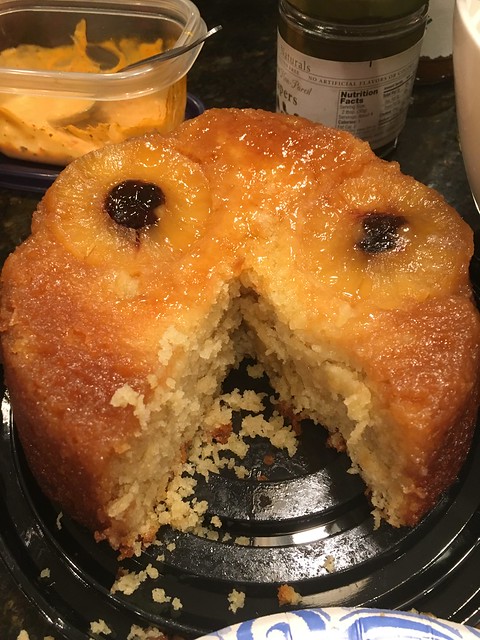 Sometimes I do really well at Thu’s party and can chat a lot.  Sometimes I can’t.  Tonight, I was particularly introverted and I worked on a puzzle.  First by myself, but then later with three puzzle friends. 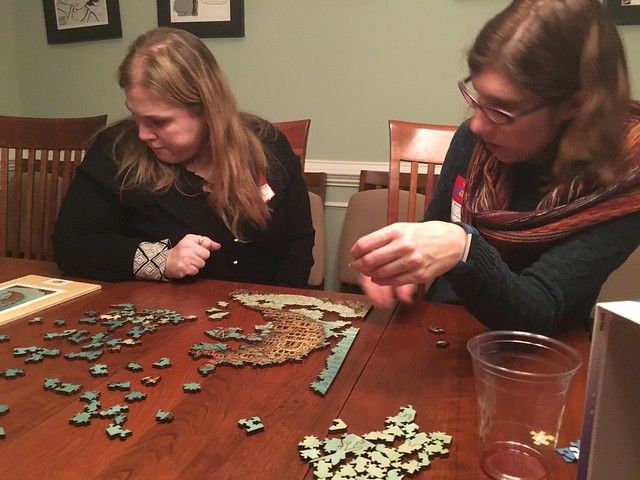