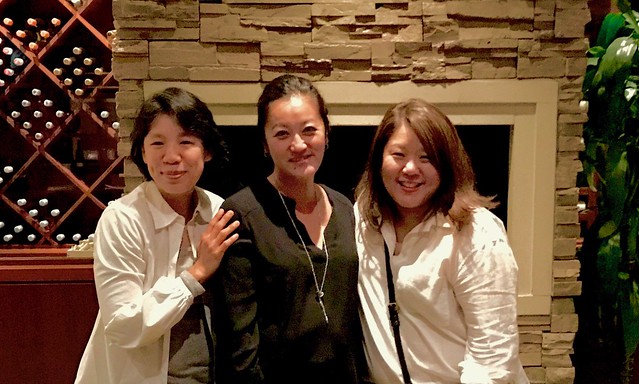 Sue was in town for Easter with her family, so we all got together and headed out to dinner.  These two actually manage people for a living, so it’s interesting for me to hear their managerial stories (because I think I should be a manager someday because how does one go through life without managing someone?) – which just usually boil down to people are so annoying.  Which I did know, but I don’t really have to deal with on a professional level.  Like ever.

That Easter day, I went out in the woods,  Usually when I go out into the woods, I go on an intermediate course and there are so many landmarks, I don’t have to use a compass and I just run around looking for the large road or building or pond or river or power line and just go from there.  Like so: 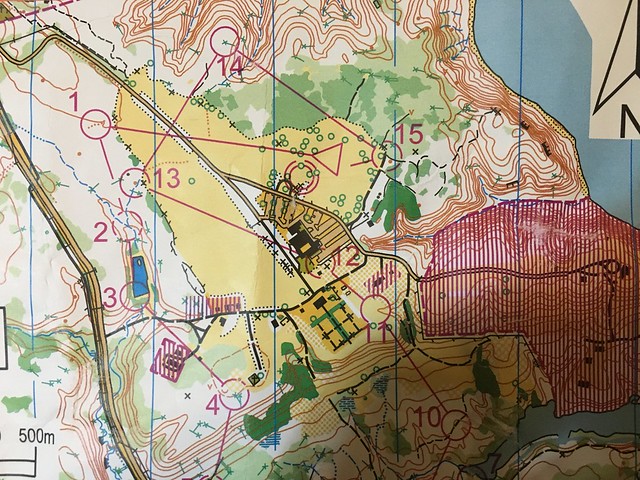 But this weekend, they placed only advanced courses and I thought I’d give it a go (because why not?) and it was basically just one huge hill with no landmarks and so you had to do distance estimation and compassing and I’m not really good at either, so I got lost on the way to the first one.  So there I am, lost in the woods by myself, everything looking the same in all directions and then, 100m away from me, I see a large, black lumbering object running diagonally across my field of view and I’m like – holy crap! – that’s a bear. And then I’m like, it’s totally going to come over here and maul me and I’ll be dead in the woods by myself.  But I’m still alive and so therefore I must have outwitted the bear (who probably never even noticed me). 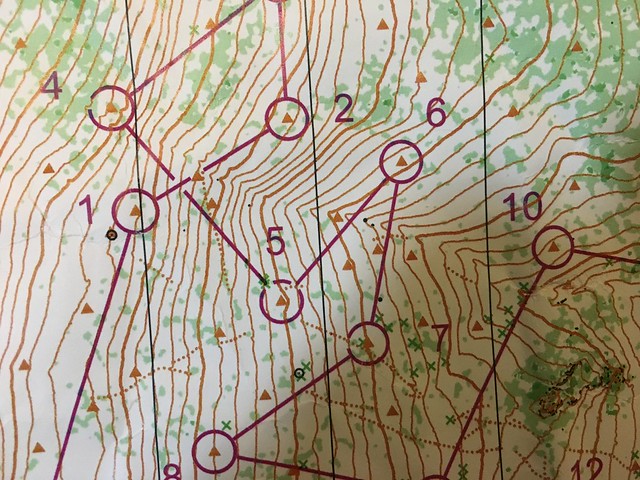 I tried three times to find the first control.  I got lost, backtracked back to the start, got lost again and then was about to give up until I realized I was in the only gully that ran north/south near the first control and I made a third and final attempt to find the first control again when I bumped into a stranger who I asked if I could go the rest of the course with him and he was nice enough to let me tag along.  As we walked in the woods, I found out he’s been orienteering for as long as I’ve been alive, that he’s a mathematician and that his name is Sid and he’s 80.  So he taught me about pace counting, compensating for downhill drifting, coming from the control from up high and attack points.  When we had to climb a uphill to find a control, he’d rest on a log and I’d go scouting up the hill in a few directions to find it and then he’d follow me uphill.  A nice team.  He is a reluctant selfie photo taker. 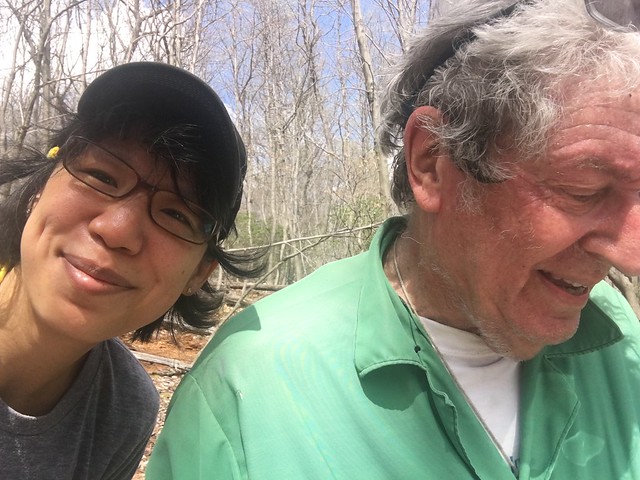 One thought on “Annoying, bear, Sid.”