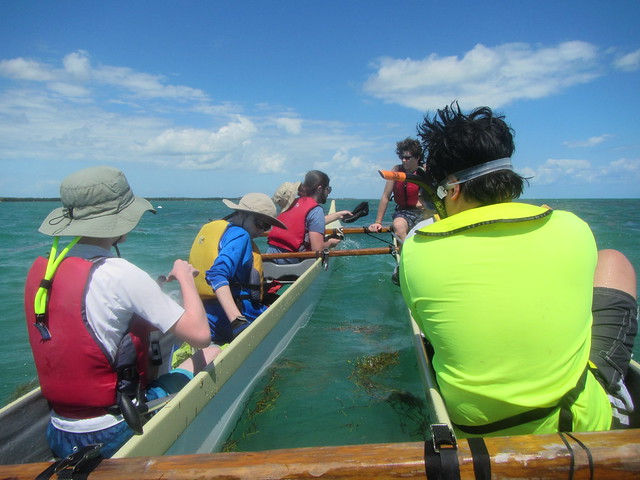 We’ve known for 18 months that Vince was going to spend a week in the Florida Keys with the scout troop, but it was only a few months ago that a space opened up for Jeremy.  He had signed up, but there were too many adults that wanted to go and Jeremy’s pretty far down the list b/c he doesn’t volunteer that much with the scouts.  But one kid decided to drop out and Jeremy was first on the waitlist and we pounced on the opportunity to go!

The boys went to a remote, undeveloped island south of where they had stopped in the Florida Keys for the night and had to row 7 miles in open ocean to get there.  A power boat brought in enough water and food for the week.  This island was donated to the scouts from someone and it is in the middle of paradise.  Jeremy said every moonlit night and every sunrise was so beautiful it was verging on being cliche.  The island next to the boys’ island was a fancy beach resort – you could stay there for $1500 a night and fly in on sea plane.  The next island on the other side was rumored to be Beyonce’s. 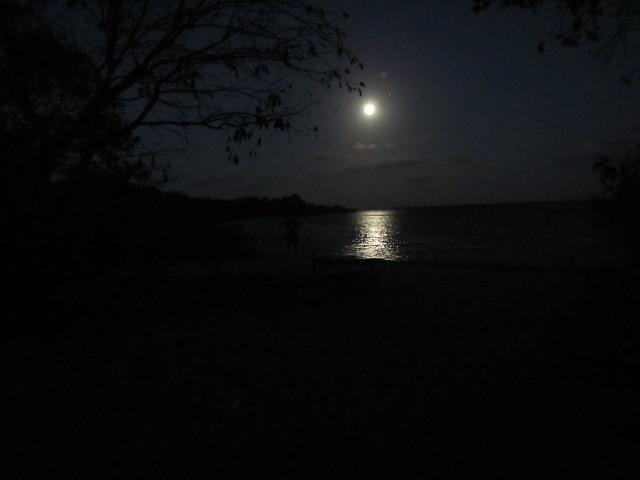 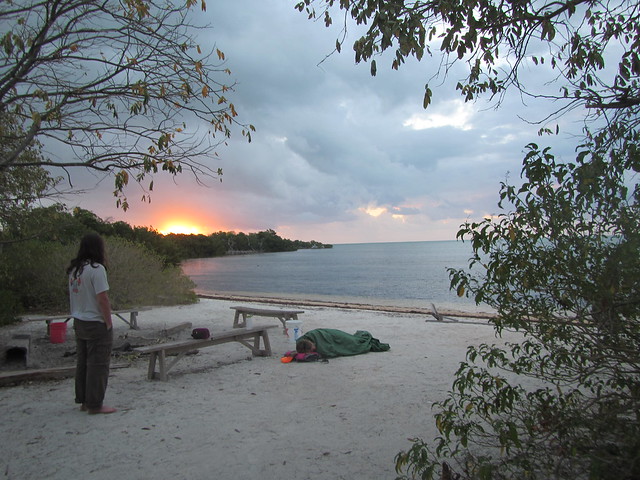 Vince is an expert pancake maker. 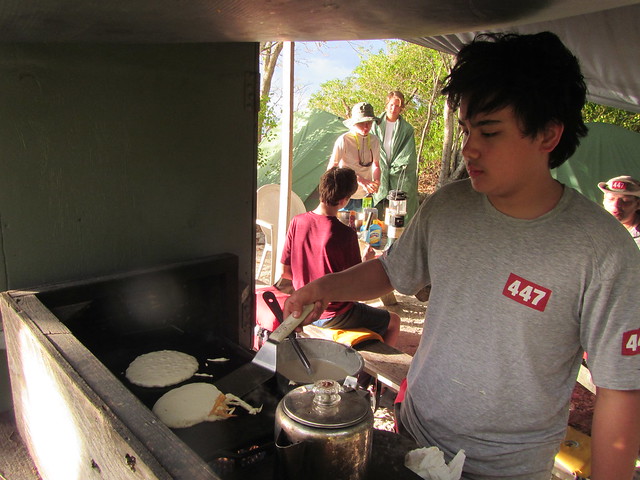 Kayaking through the mangroves. 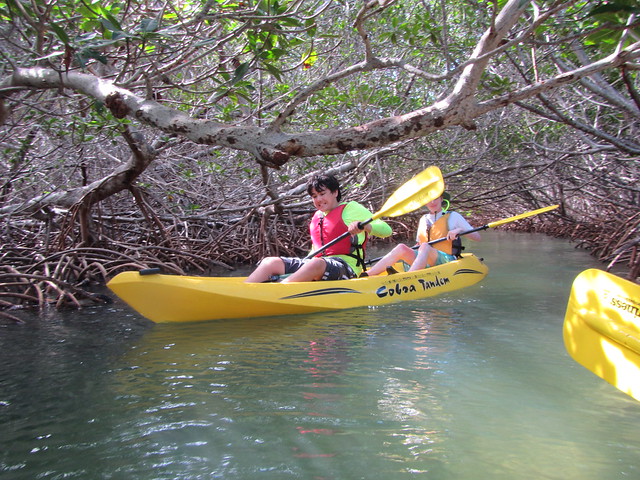 Jeremy, ever fearful of sunburning his pale, white skin, remained the most dressed. 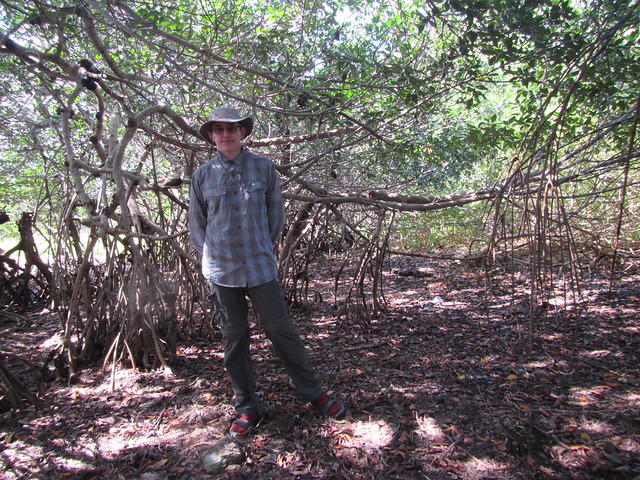 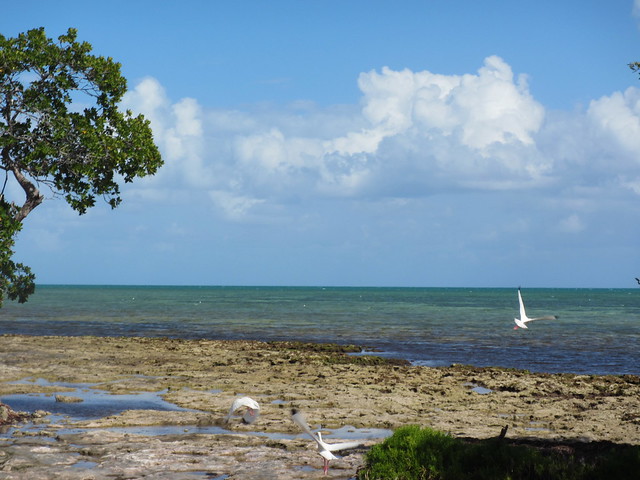 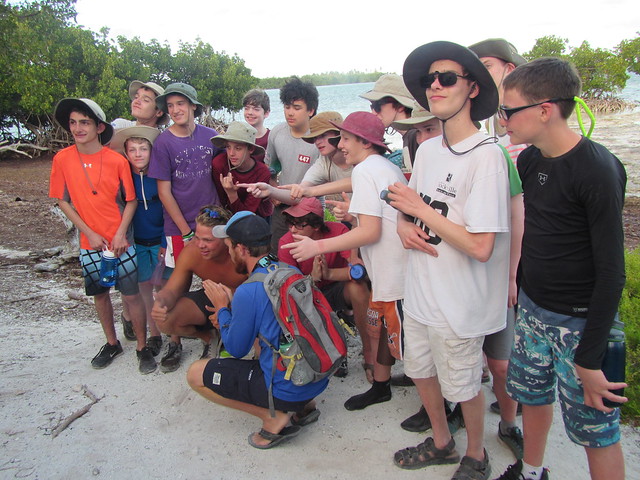 Fishing!  Vince and Jeremy have orthogonal interests.  Vince loves to fish and to snorkel.   Jeremy loves the rowing and kayaking. 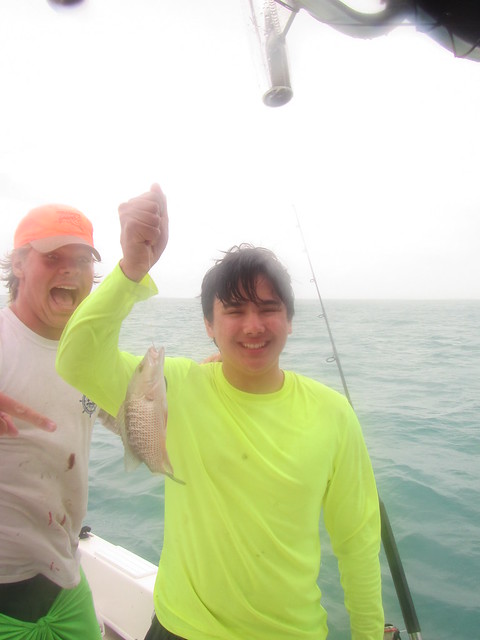 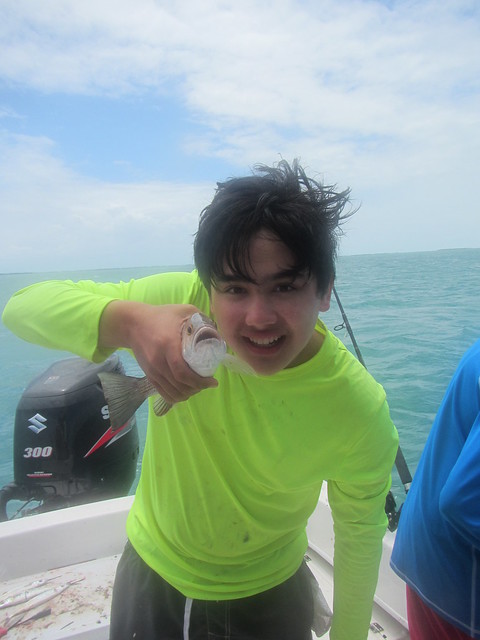 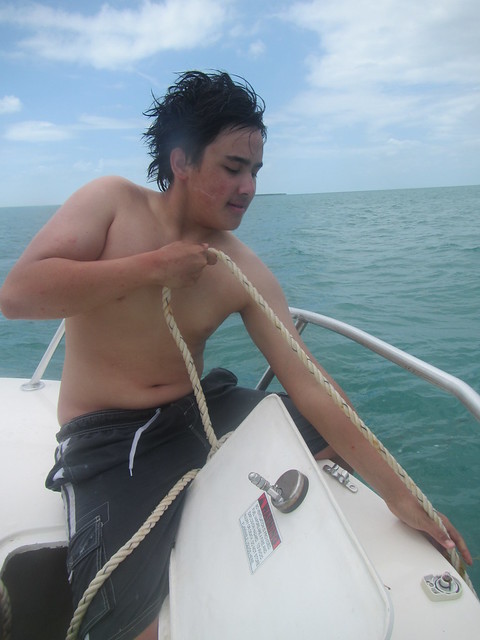 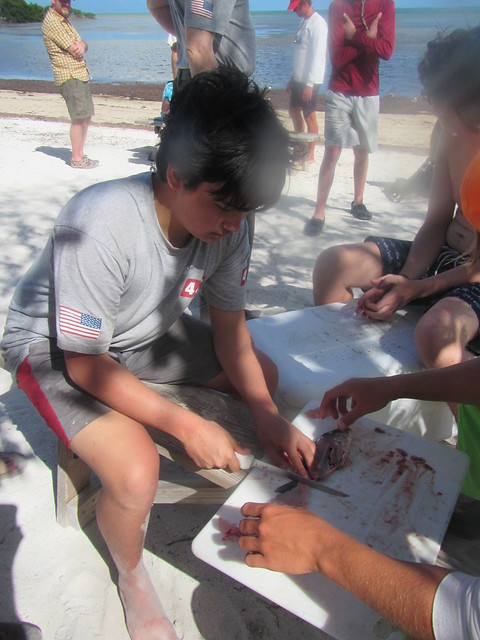 Cleaning out the sleeping bag. 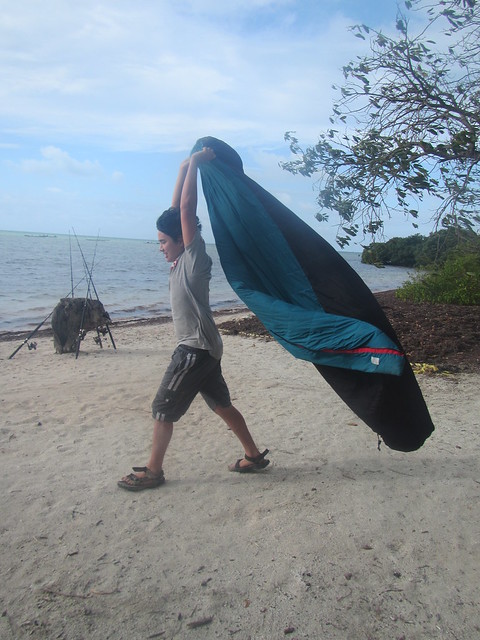 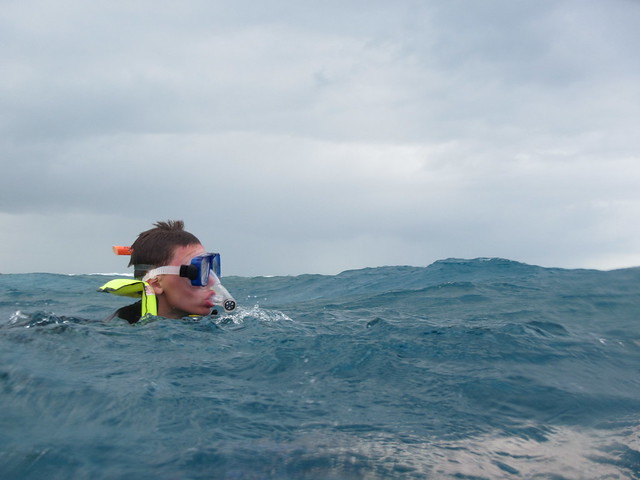 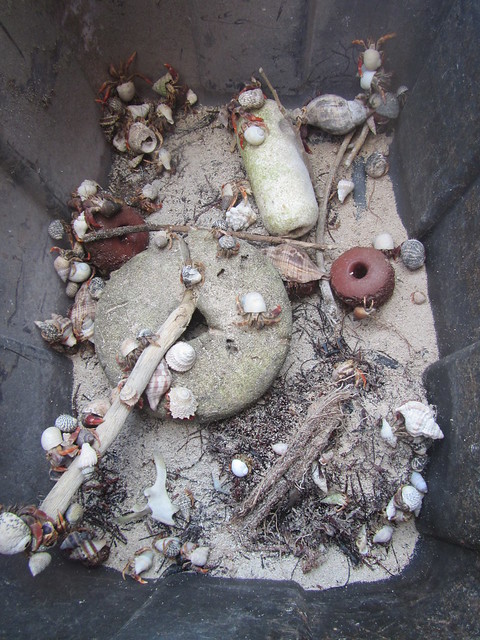 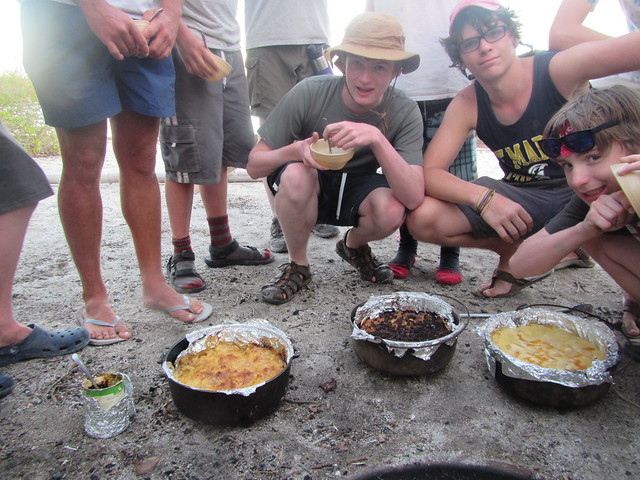 No boy scout camp is complete without some boy/night/scare/ritual thing. 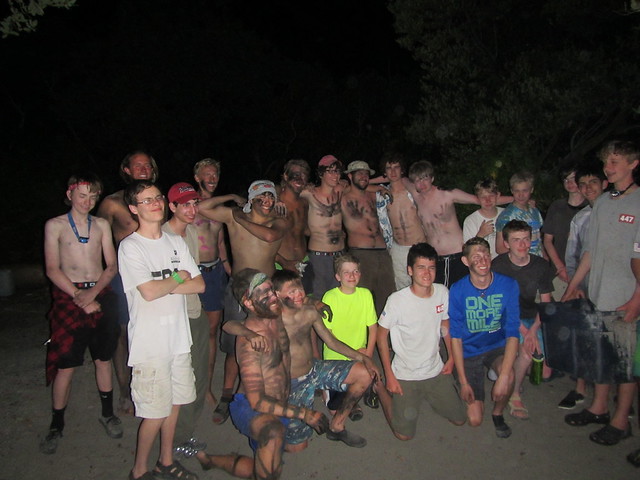 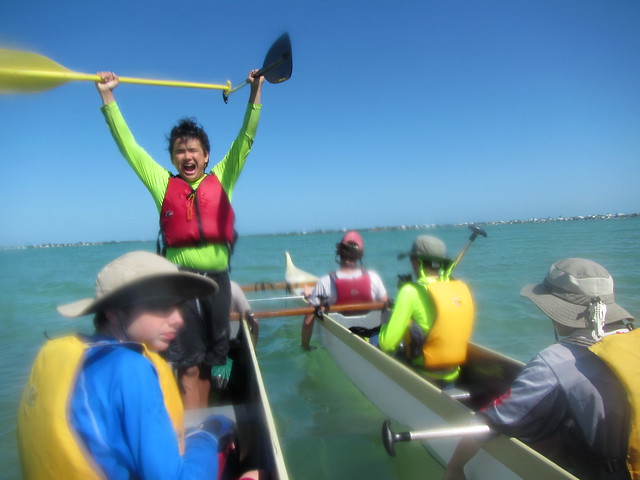 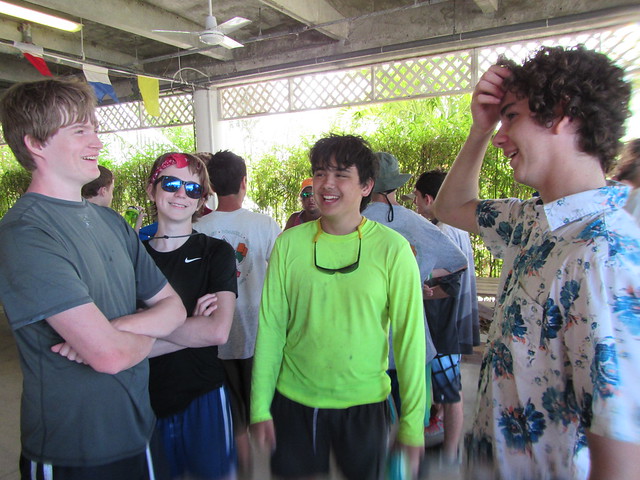 They arranged for a stretch limo to take them back to Miami airport. 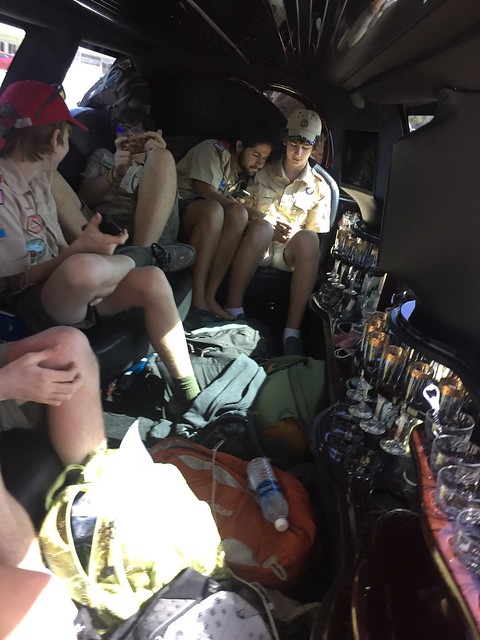