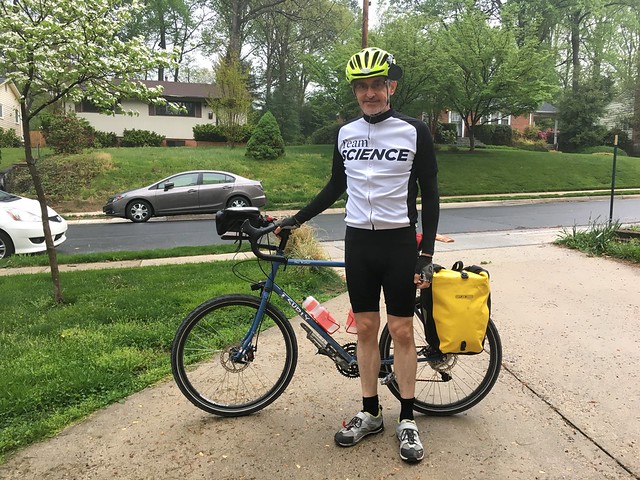 Jeremy was not excited about going to the Science March on Sat.  It was a dreary day and it’s a little ridiculous in the first place to say – hooray science! because who could possibly not want actual data about stuff, but Jeremy work was all in and so he went downtown.  He biked both back and forth to work in the semi-rain, which did perk up his mood, so by the time he got him, we was pretty jolly.  I worked all day (a repetitive and somewhat sad state of affairs for me, but hopefully not lasting much longer). 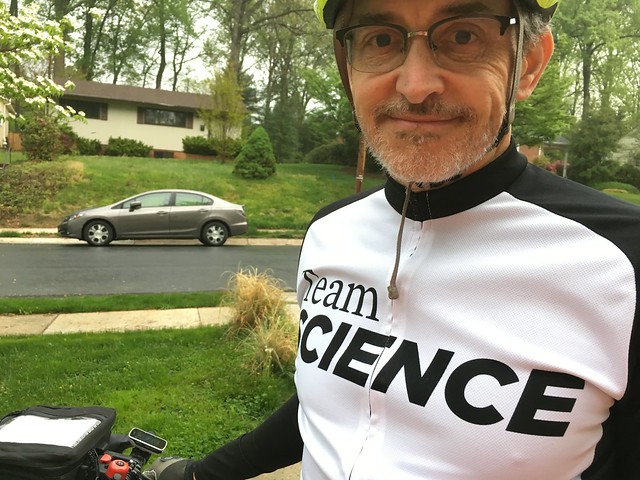 Met up with Mike & Hawk from New Mexico. 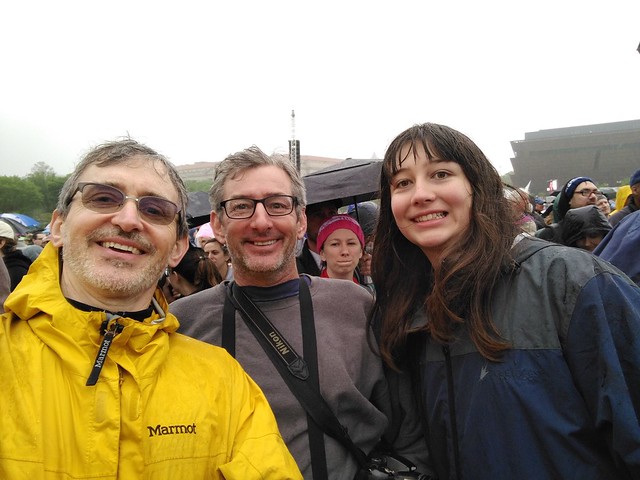 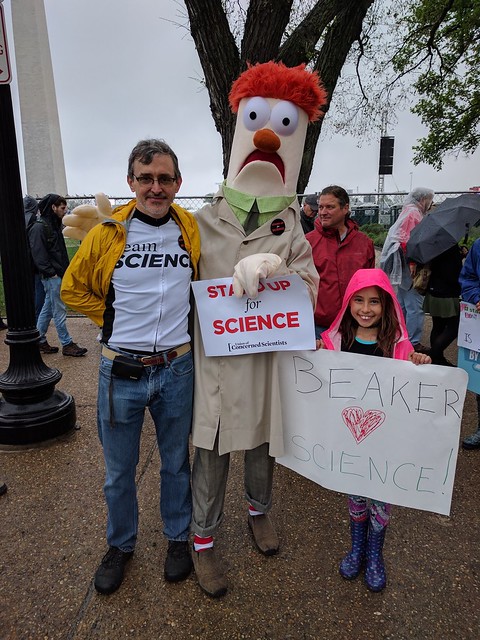 Bumped into Lynn, our neighbor. 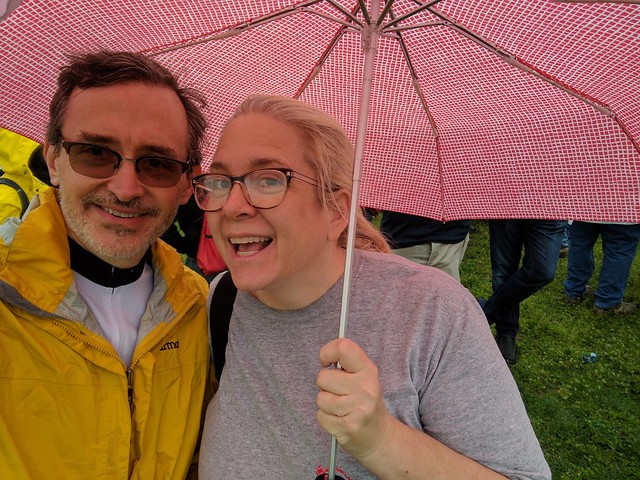 The march didn’t start marching until 2pm which was too late for us.  I needed to help out with Vince’s campout at 5 pm, so Jeremy just rallied and then headed back home.

Jeremy got home and then we exchanged hellos/goodbyes and I headed north an hour to spend the night camping with Vince and the scouts.  They need three people at night in case there is an emergency and only had two people signed up.  So Jeremy (!) volunteered me to go because it was an orienteering campout, but, really, by the time I got there, the orienteering part of the trip was over.  I was a little worried about the food – I had no time to prep any food for myself and I didn’t want to eat what Vince bought for the boys.  But I didn’t need to worry because the scoutmaster made the grown-ups a delicious dinner. 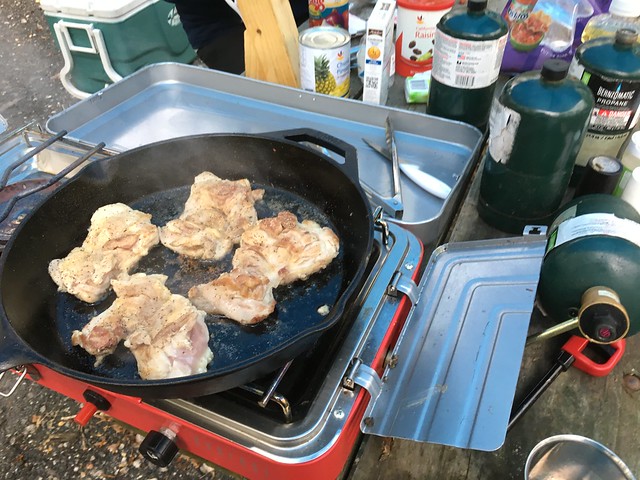 Vince is suppose to help the younger scouts get some badge requirements – here he is helping I. get his fireman’s badge. 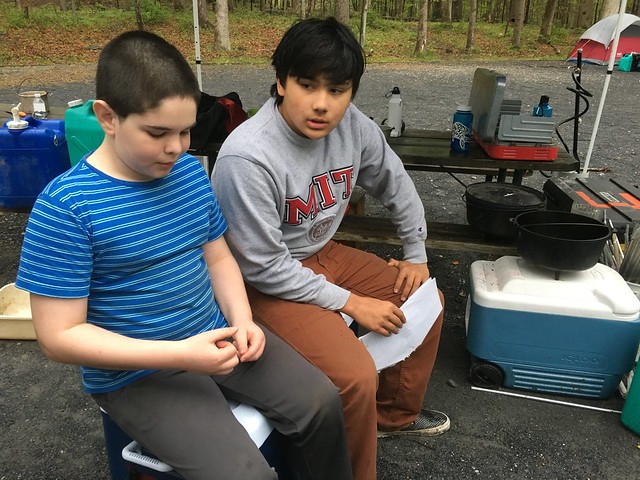 I tried to study – I have a final in a couple of days, but I have no time to study for it.  It’s also soooooo boring.  So I shove it to the side when I have other things to do. 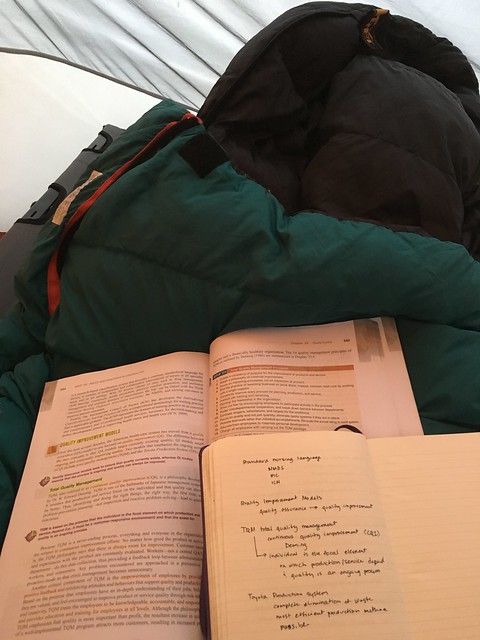 I got up before the boys and was rewarded with a sunrise run! 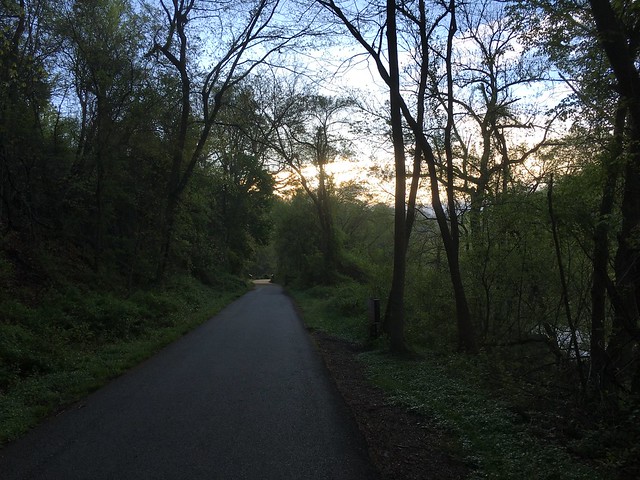