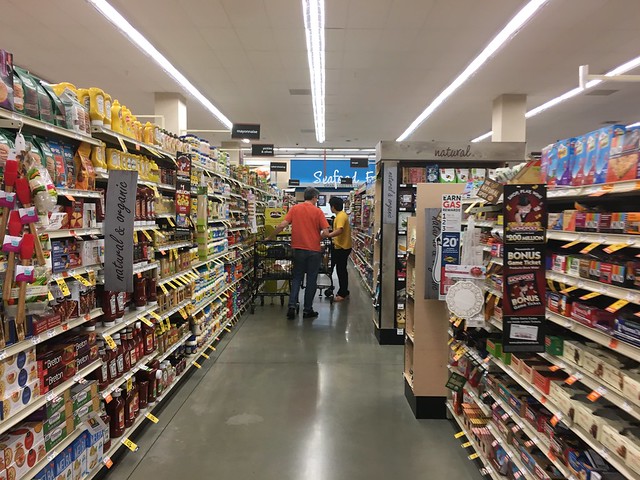 Last night, around 1am, I was having a dream where I was arguing with Jeremy and then in a moment of fury, I woke up suddenly and slapped Jeremy really hard.  He did wake up and ask me quizzically what I was doing and I said I think I was arguing with you in my head and needed to slap you.  Anyways, when we both woke up for real, I asked him, did I really hit you last night?  Jeremy said – yeah!  and it hurt!

Vince is out scouting this weekend and was in charge of getting the food.  So my regular grocery date night was hijacked by a teenager.

Just to set the record straight – I approve of none of these purchases.  None. 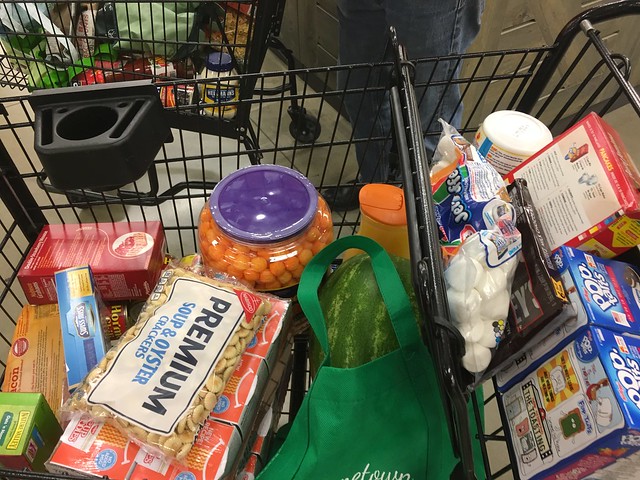 Because they are short on adults and I’m feeling extra guilty for not pulling my fair share of scouting duties even though it is the cornerstone of Vince’s social whatever, I volunteered to camp out on Sat night (which is forecasted to be pouring rain).  Vince promised to set up my tent tonight so I don’t have to do it in the rain.  Jeremy also bought a cot so I don’t have to rest my old bones on the ground. 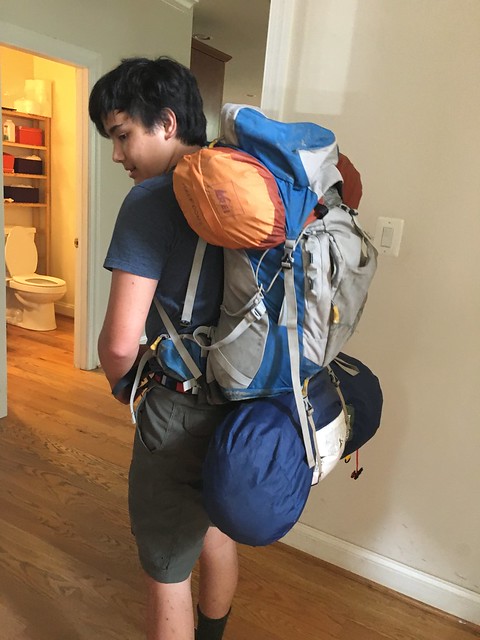 Vince spent the afternoon playing D&D.  These are new-ish friends.  His closest friends are the scout friends who he’s had since the 2nd grade and they are pretty tight still – surviving both the transistions to middle school & high school.  But it makes me happy to see he’s finding new friends. 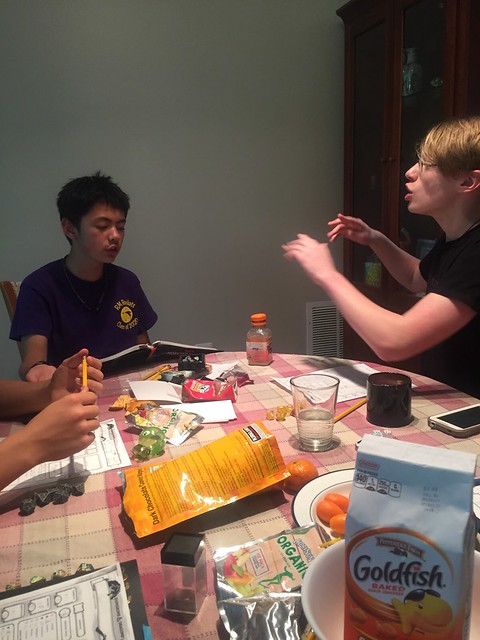 Meanwhile, on the other side of town, Jeremy had his own party at work prepping for the Science March (today).  The weather isn’t cooperating. 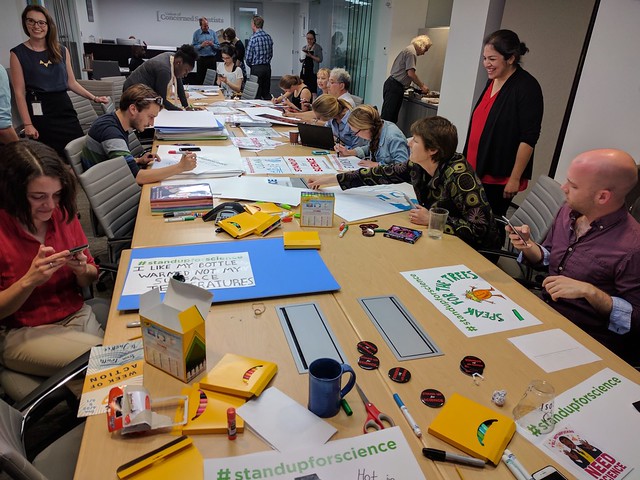 Jeremy stayed a bit late for the sign making and I needed to get the kids out to the campout carpool, so we went to Five Guys. 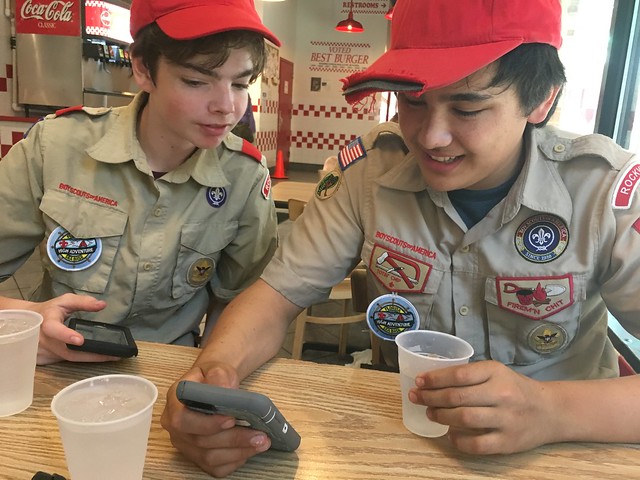 Jeremy meet up with us in town center, I dropped off the boys and then we snuck in some ice cream. 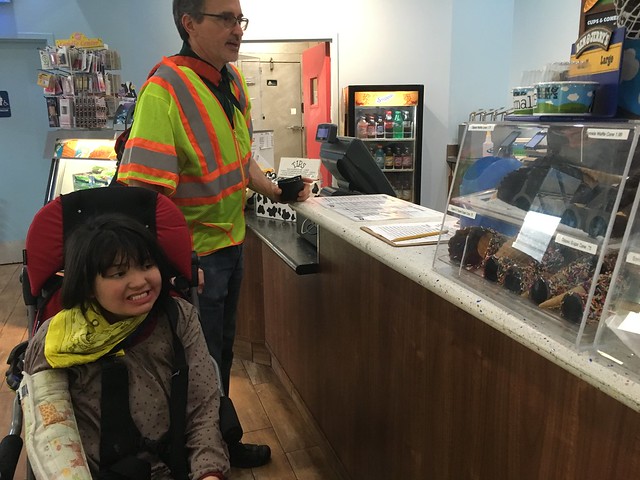