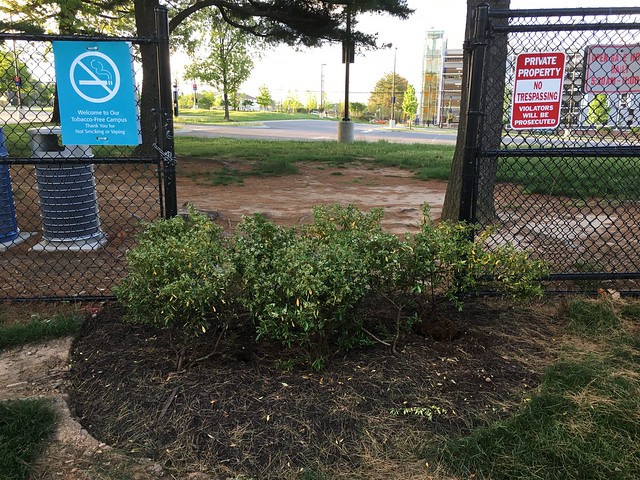 I go to Montgomery College to use their track as MCPS has stricter rules about when their track is open to the public and, honestly, the college track is closer to the house.  I don’t park on campus (I have no parking permit), I park on a side street and cut through an apartment complex that has a fence with a door that leads almost straight to the track that is usually open from 5:30 am to 11 pm. There usually isn’t a problem, but I haven’t been to the track in a number of months and today, I find a large bush planted right in front of the gate on the apartment side.  There are also two conflicting signs on the fence, one that says welcome to our tobacco free campus and one that says private property no trespassing.  I think the apartment complex and the college are in a fight.  Anyways, I walked past the bushes to the track where I found a number of community members out walking and jogging including a bunch of very nice people who wanted me to join their Herbalife nutrition club (I politely declined). 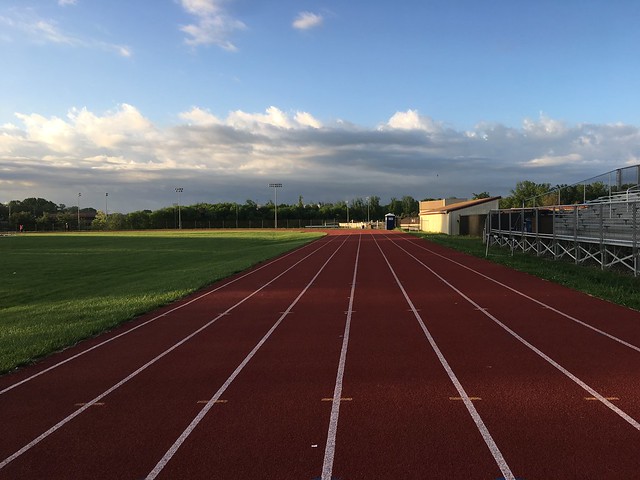 I indulged Vince in another sick day.  My own tendencies (in all things) is to just suck it up and proceed, so if I was as sick as Vince was today, I would have gone to school and done whatever it is I could do because you’d fall behind if you didn’t just go and hear what the teacher said, but I know he feels crappy, so I went against what I would normally do myself and let him sleep in.  But I did (when he was happy on Motrin) make him get a haircut with me.  He said that he thought the Hair Cuttery was a place where only old people when to get their haircut and I reminded him that we were out at noon on Tuesday and that all non-old people are at school or at work.  Oh yeah, he replied. 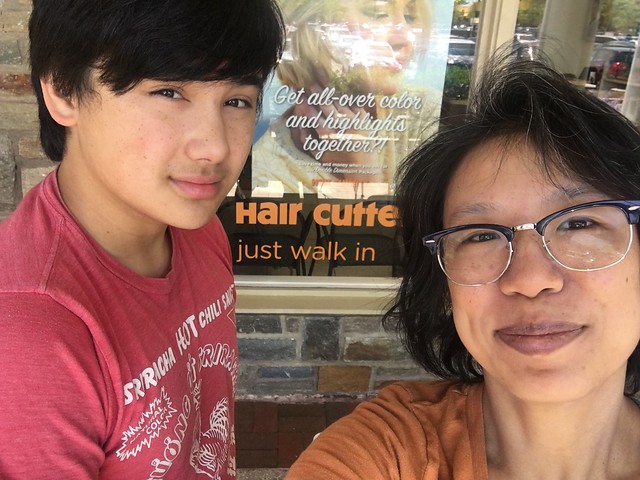 And I made him eat a hamburger.  Well, I didn’t have to make him.  See?  He’s well enough to eat a hamburger with gusto.  He should have probably gone to school. 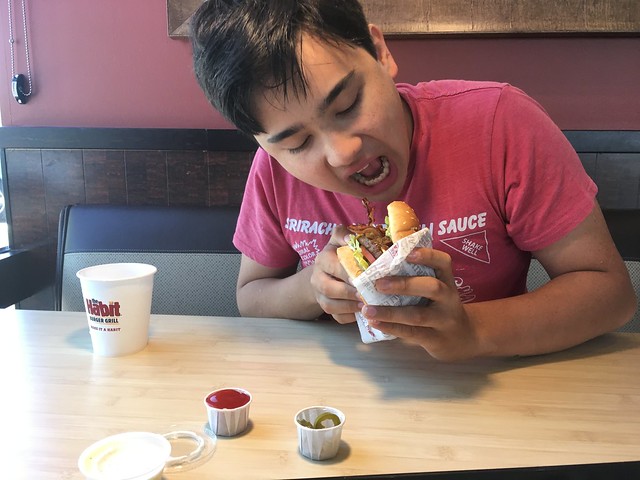 And we shared fried green beans with ranch dressing.  Mmmm.. 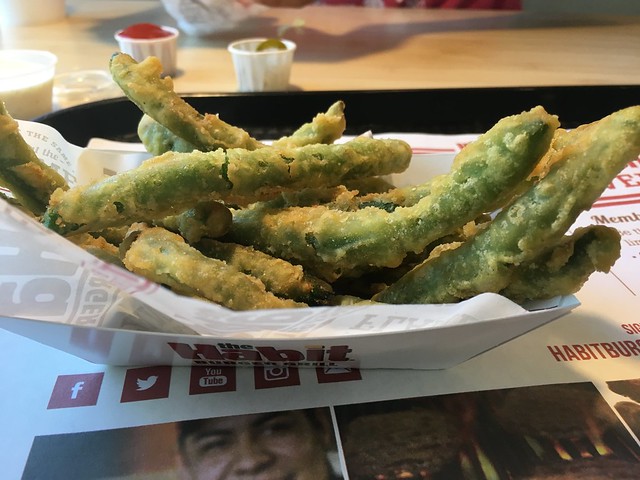 Gene and Bette gave us their very nice white couches when they bought new ones for their apartment.  Those things need to be slipcovered ASAP before we cover them with poop, sriracha, black dog/human hair, and chocolate. 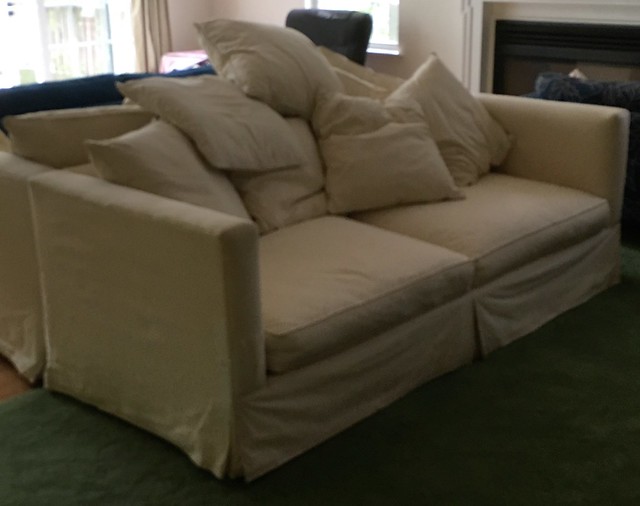