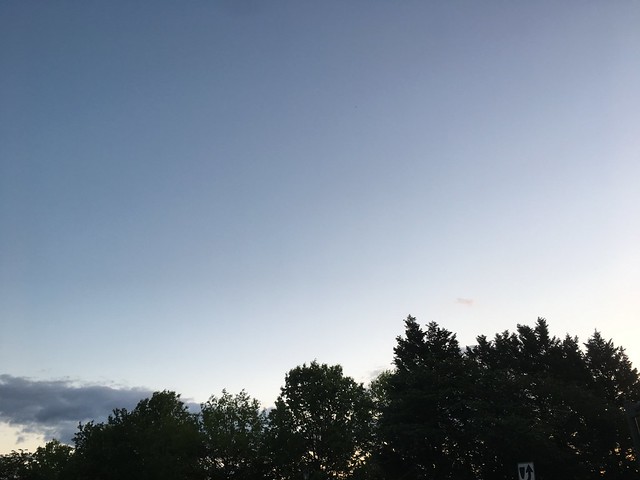 A beautiful day today which is good because I’m anxious.  Today was the day I took Edda downtown to the third to last of her pre-op appointments  – anesthesiology and hospitalist.  This is the only time I needed to go downtown and even though I think I’m prepared for it all emotionally, I am not.  I’ve not been to Children’s on a weekday (my clinicals there were on a weekend), so I walk into the hospital and it’s loud, there are tons of people moving around and there are lots of crying kids.

I am feeling a bit sorry for myself, it was a long day.  We met with two sorts of anesthesiologists – one a nurse practitioner and one an actual anesthesiologist.  Both are asking questions, both are telling me what’s going to happen – I’m not actually sure if I need to know. Two IVs, an arterial line to monitor blood pressure, she’ll be intubated down her throat and she won’t be breathing at all on her own because the pain meds and muscle relaxant drugs will be administered at such a level that her breathing will be depressed and therefore a machine needs to control that.  She’ll be face down which also makes it more difficult to breath.  And because she’s at risk for long QT syndrome, they’ll probably forgo the methadone (longer acting) for pain control during the procedure and go with morphine (shorter acting and therefore more frequent dosing) and also maybe not do the Zofran as an anti nausea med because it could prolong QT.  This careful explanation just makes me more and more anxious. And neither of these two people are going to be actually administering the medications to Edda during surgery, it’ll be one of 40 that rotate through the operation bays and days.  They asked if Edda had loose teeth (which might interfere with the intubation).

Then I met with the hospital pediatrician who’ll be taking care of Edda on the floor (one of four peds assigned, so I’ll likely see her), she’ll be transitioning Edda from the surgical suite to the ICU (hopefully only one night) and then to the ortho floor (hopefully four nights).  She asked about our house – what equipment do we have?  We have: stair lift, bath chair & accessible shower, ramps, accessible van, bed with side rails.  We have everything which will make the case manager’s job simple.  She asked if we have nursing care and I said no (well, except me) and that we wouldn’t qualify for nursing care anyways and she agreed. 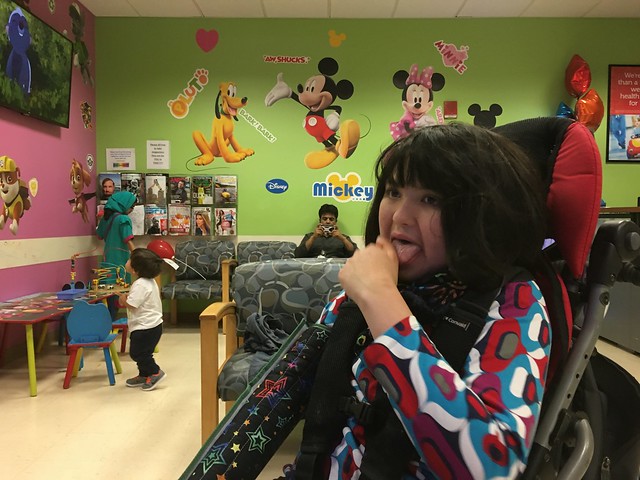 Edda likes these bubblers.  I should get her one.  To top it off, I think Edda’s getting Vince and Jeremy’s cold.  She’s having trouble swallowing tonight and is really quiet.  I think her throat is sore, but the pediatrician looked at it in the hospital 12 hours ago and though it did look a tiny bit red (Edda’s been sniffling), but nothing dramatic. 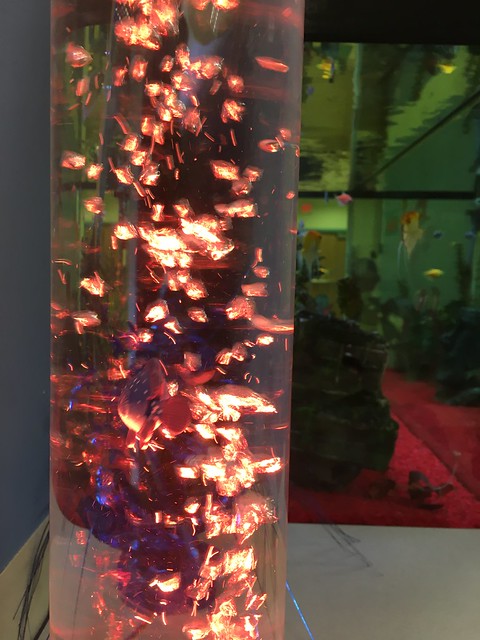 I can not read a book, I can not work, I can not concentrate while I’m at the hospital.  I can only play this particular word game.  I’m afraid it’ll be a week of it during/after the surgery. 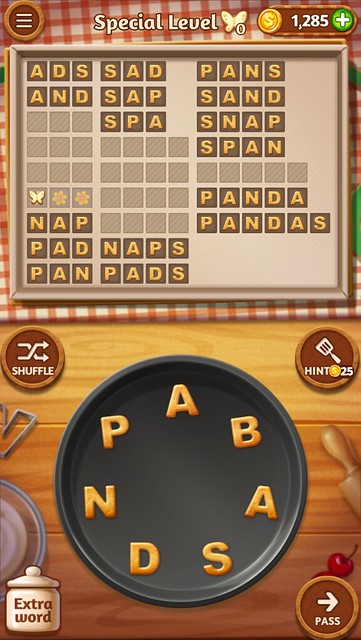