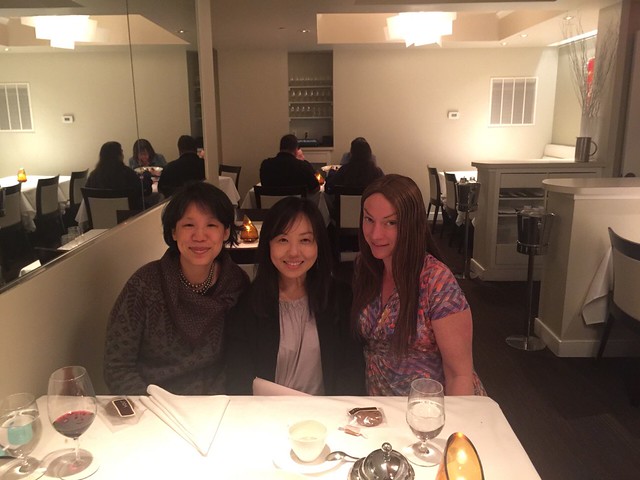 To really celebrate my graduation (btw, thank you all for the congrats in the graduation post), I went out with 3/5 of the usual suspects to Volt in Frederick.  I wish 5/5 of the usual suspects could have made it.  <3.  We talked a little bit about Edda’s spinal fusion and what I should bring & what I should expect.  Soojung told me the hospital (Hopkins) gave her a PCA pump (patient controlled analgesia pump) to control pain medication dosing for Alice so she’d wait for Alice to show signs of pain and then she’d push the button for her. But Soojung always thought the pain med administration was too late – that the outer signs of pain meant that Alice’s pain was very high and that she wished she could tell when the pain would just begin to increase so she could administer the med early.  Lauren mentioned to be prepared that the PICU for the first night might not be a private room, but the room on the regular floors were spacious and always private and that I should bring extension cords and a small bedside lamp and a fitted sheet.  Lauren also said because Edda’ll be face down during the surgery and they are pumping fluids into her, her face’ll be pretty swollen and misshapen when she comes out of surgery.  Does this make the dinner celebration sound sad & solemn?  It wasn’t all about the surgery, we also talked a lot about other non-hospital related stuff and it was great to celebrate with the U.S.

The medical bills are rolling in.  From the four specialties we saw: hematology, cardiology, pulmonology and neurology our cardiology appt was the most expensive.  Granted, we did have an EKG & echo done at the appt, but still – it was only 40 min long.  We are very lucky to have the medical coverage that we do – Edda actually has two sets of insurance, the one through my work, BC&BS for Federal Employees and a Medicaid waiver. 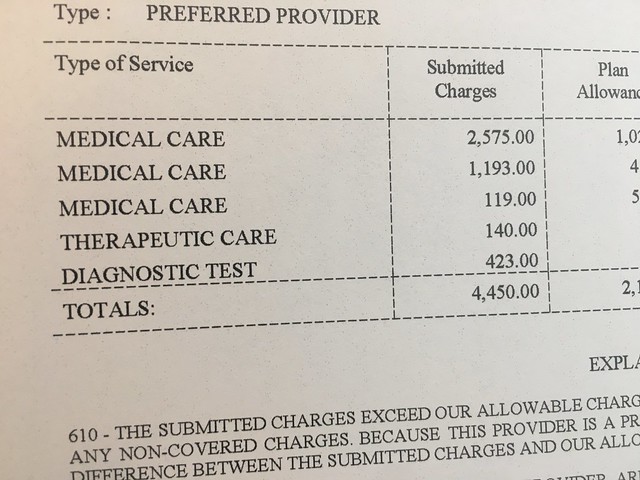 I somehow took a random photo of my foot on the track on Tuesday.  I love the track and I can also hate the track.  I thought this week, I’d be swimming in extra time because I no longer have school, but it’s not quite true.  Vince is on an off-schedule this week with mandatory testing for other grades.  He didn’t have to go in until noon M-W, and I’m trying to pick up extra carpool shifts because I’m abandoning it completely for a few weeks, so I’m dropping off at noon and picking up a couple hours later which seems like no time has passed in between.  I’m trying to finish stuff at home and at work so I can leave it alone for 7-10 days and not think about it.  Today, I got a few phone calls from the hospital, one to tell me that Edda should be at the hospital at 5:30 am on Friday and not to eat after midnight.  Then 2nd was a complicated phone call from a hospitalist who was concerned about her low platelet numbers.  Should we do another blood draw tomorrow (Thurs) and recheck the numbers?  Or should we do it the morning of in pre-op?  I knew that rechecking the numbers was a possibility and transfusing her with platelets in Rockville was also a possibility, but I really just wanted them to take care of it the morning of in pre-op.  I was actually at lunch with a friend who works with lab values and nurses all the time (Georgetown) while I was on the phone with the hospitalist and she (my friend) said getting platelets a day before is useless, it’s only necessary the day if you even need it at all.  Argh!  In the end, they are just going to check it the morning of the surgery.  You know, I really, really hate it when they call and they ask me – so what did the hematologist say to you about her platelets?  As if I remember her numbers exactly and want my recollection of a medical situation I don’t really quite understand to guide the treatment of my daughter?  And didn’t I just pay your hematology colleague $1000 to give you, the hospitalist, his opinion on her platelets?  Then, in the afternoon, I felt queasy and ill and exhausted.  I was snappy at Vince (poor kid, he was the only one around) and then proceeded to take some sick time off to take a Motrin and a long nap. 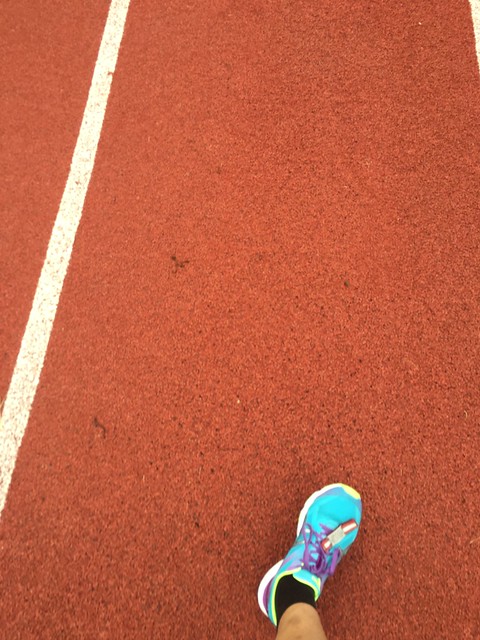 Jeremy came home in the evening and we had pork sandwiches on pretzel bread rolls.  On the dog walk, we bumped into friends whose daughter had the spinal fusion surgery a few months ago at Children’s.  They gave us some tips and also offered us some body pillows and wedges.  Their daughter is typical (meaning no special needs), and it’s nice to hear from them their experience because Edda won’t be able to tell us anything.  They said repositioning was key.  Use the pillows and change positions every few hours.  Sometimes their daughter wanted repositioning every few minutes until they found something comfortable.  I also was reassured today by her bus driver who had a hip replacement recently that the pain meds act very quickly, well at least the IV ones in the hospital. 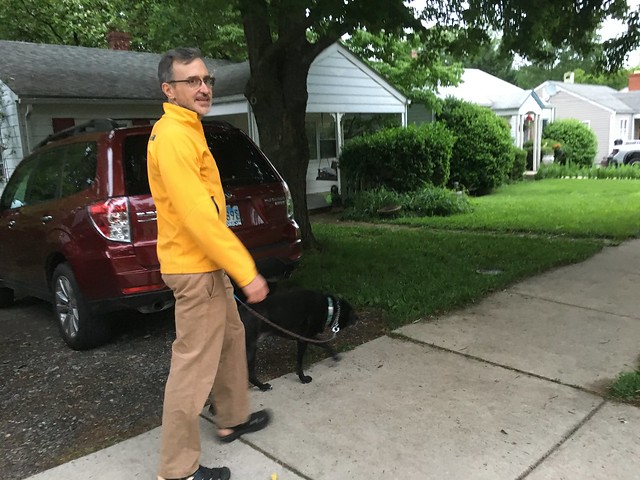 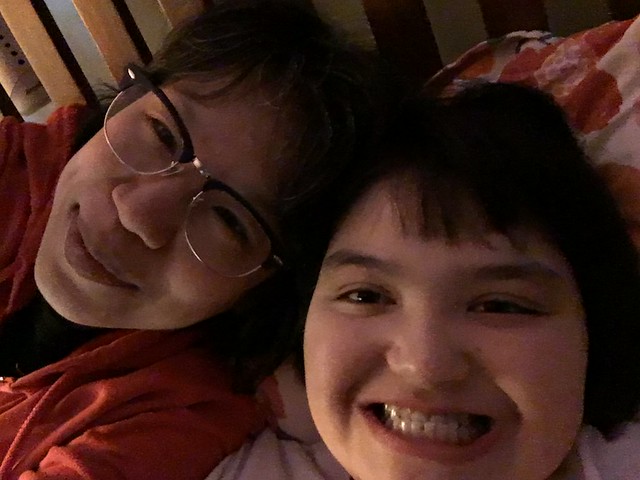