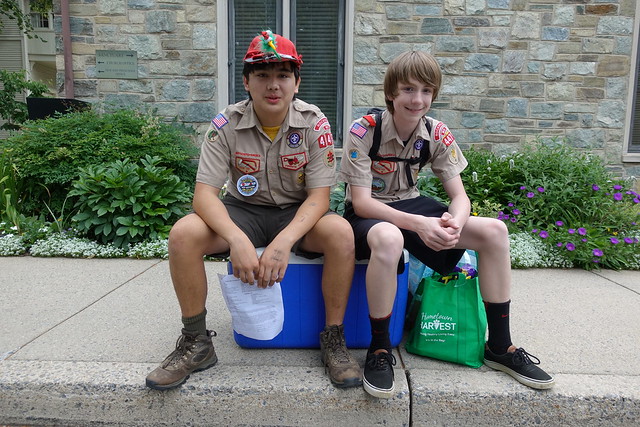 Vince went camping this weekend.  He’s really taken to cooking for his group of six.  No longer is he packing cup of soup for dinner and pop tarts for breakfast (OK maybe there are still poptarts).  This weekend he bought ribs, precooked them on Friday afternoon and then is planning on searing them and seasoning them at the campsite.  I think he may have also gotten potatoes and corn.  There are still hiccups in the whole process, the most notable one being that we originally bought the ribs on Wed night with the rest of the groceries for the weekend, just squeaking in under the $90 budget.  Then somehow, the ribs did not get refrigerated and we did not discover this until 2pm Friday.  Vince held the 2-day-old-warm ribs in his hands and said, well, they are in this airtight plastic package, maybe they’ll be OK?  I looked at him – really?  Do you really want all the boys to get food poisoning?  So we went out and bought another round of ribs for the campout which, of course, blew past the budget, but we subsidized the duplicate meat purchase.