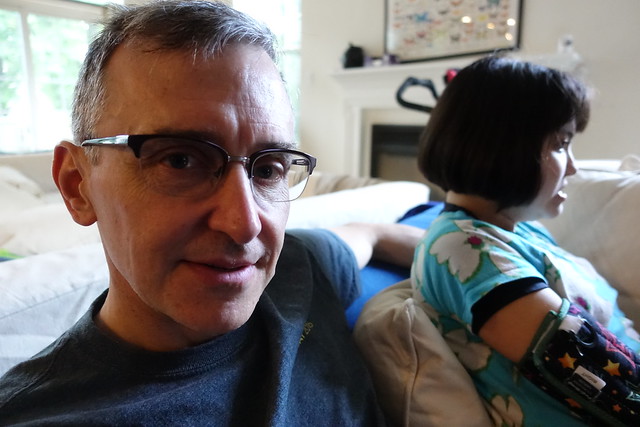 Father’s Day was a bit of a dud.  We all woke up on the wrong side of the bed and were arguing before 10am.  Not good.  It’s one of those days that starts off poorly and no matter how much you try to rescue the day (joke? cookie? hugs? outing?), you always fall back into a funk.  Even though most of the day was trying, we managed to get ourselves to Sunday night dinner where there was much laughter, even though it was a tough week for the Martins all around.  We went to bed, ready to be more cheerful on Monday.  Looking back on it, I think that it was a sign that I needed to go back to work after three weeks of caring for Edda.

Eliana is staying the week to take care of Edda during the days this week, which means that I’m easing back into work. 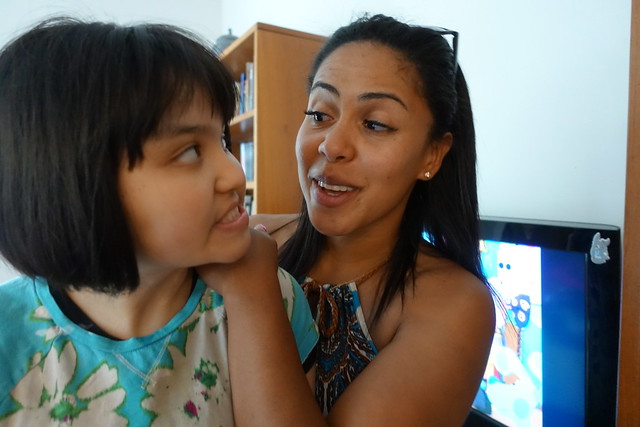 Jeremy gave Vince his own traveling knife set to celebrate the successful completion of ninth grade.  Vince wanted to take his own knives to the scout campouts.  They both managed to cut themselves on the new knives this weekend.  Vince lets it out to the air, Jeremy uses a finger condom.  Someone does dishes, the other person does not. 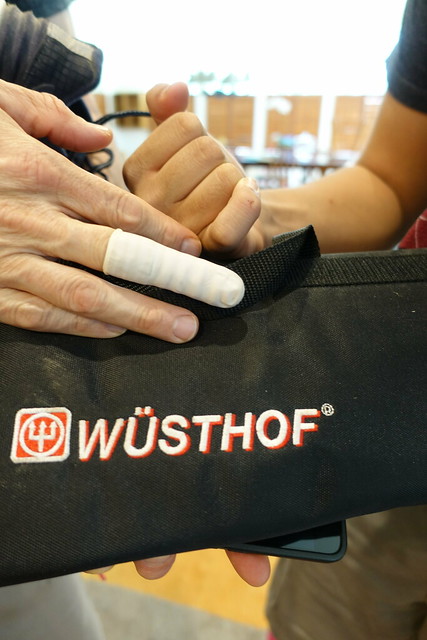