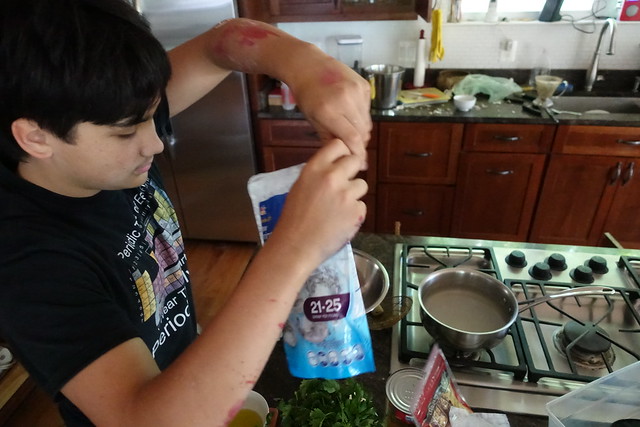 Where did this boy come from?  When he came home from school yesterday, he looked after Edda (who was sleeping soundly after a dose of Oxycodone) and shooed me to the grocery store with a list that he needed to make dinner.  He wanted to make shrimp parmesan.   He breaded and fried each shrimp, made the tomato sauce from scratch and had it ready on the table at 6pm because I told him Jeremy had to leave for a meeting at 7pm. 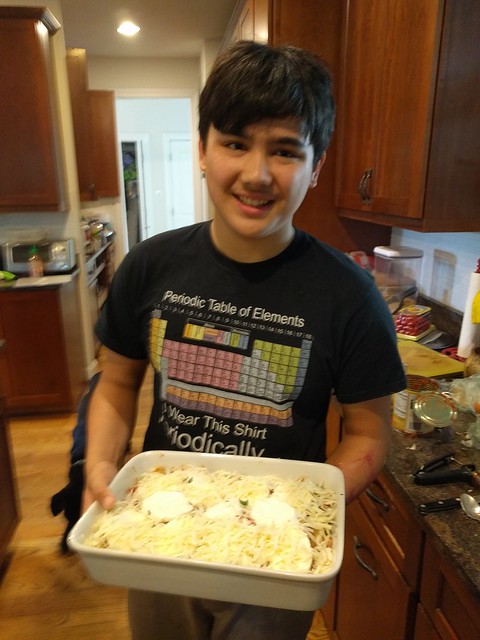 I’m so used to both Jeremy & Vince knowing how to cook, I forget other 15 year old boys don’t really know their way around a spatula.  Vince does all the substitutions – if we don’t have a certain ingredient, he knows what else in the pantry he can use instead.  Jeremy might have taught him how to cook, but now Vince has his own cooking personality – he’s making dishes that Jeremy would never make.

Bihan (in the photo below) arrived in the middle of the cooking extravaganza and she’s at the house for a couple of weeks between music festivals.  We spent some time on the dog walk talking about tendonitis of her wrists and fingers from practicing violin for hours everyday. 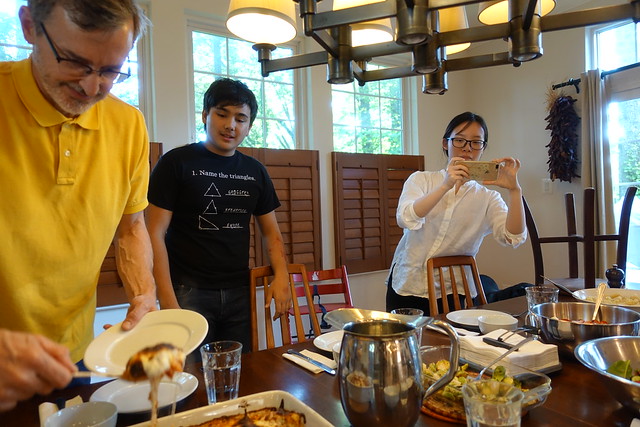 Here’s our first smile when Edda came home on Wed. 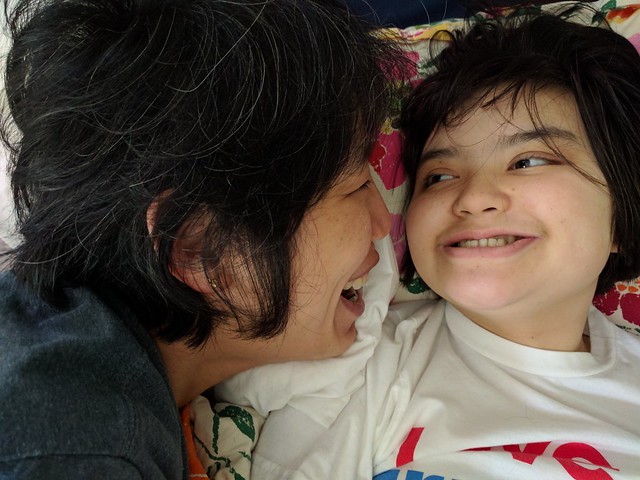 After I mentioned that Edda’s pain seemed well controlled, then it seemed like it wasn’t.  We are trying to get her to walk a little bit, go downstairs for meals, and sit up in a chair, but it’s the transitions that are the most painful for her.  Yesterday morning, I had left for a run while Edda was still resting comfortably in bed and Jeremy was trying to move her downstairs to eat breakfast when it became really clear she was in a lot of pain.  He was trying to manage her pain and her body position and get her dressed but her PJs and sheets were soaked with pee.  He had to yell to Vince and wake him up.  That took a while because he’s a sleeping teenager.  When I got home, Edda was sitting in her wheelchair on the first floor and eating breakfast, but Jeremy had to leave pretty early for a morning appt. leaving me and Edda alone to get her back into bed.  Which I did on my own with great angst and trepidation and Edda not too traumatized.

I spent the day sleeping next to Edda, doing nothing.  I don’t really like to do nothing, it is against my nature, but Edda and I did have a very nice, restful day together her alternating between valium and oxy and me alternating between dozing and napping. 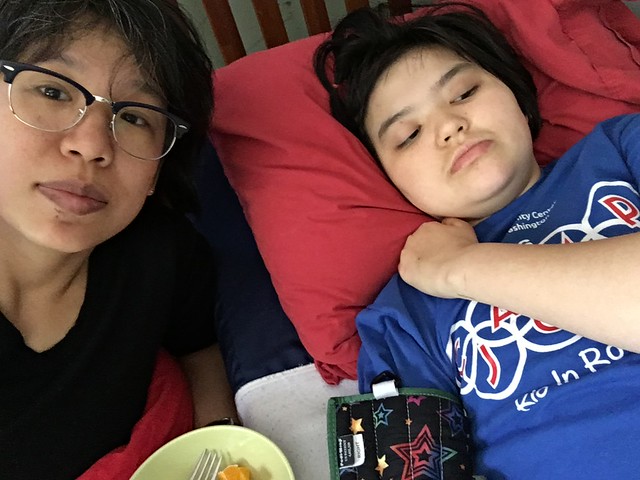