Can I tell you how awesome my friends are?  I wish I could show you all the things they are doing to protect Medicaid.  Soojung cleaned her whole house and then woke up at 2:30 am to do this video for WaPo:

Marta is going to rallies & speaking on the same panels as Pelosi, Booker & Hoyer, you can follow her on twitter: https://twitter.com/MartitaConner.

I was lucky to have dinner with them last night! 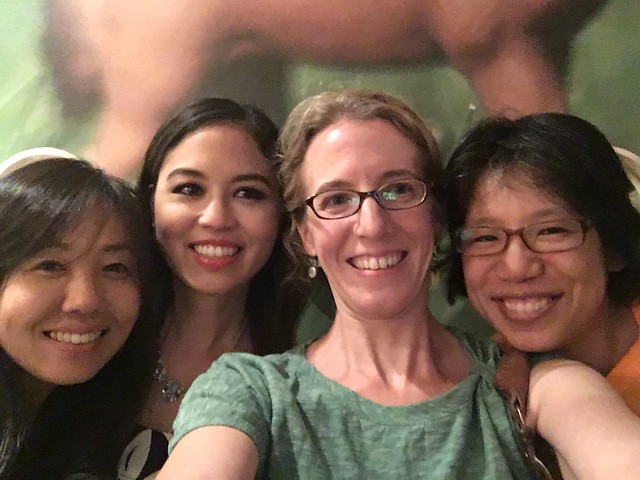 After Vince had safely boarded his flight, we headed back to Alan’s where Jeremy went on a bike ride and us girls went with Alan to Home Depot to purchase an extension ladder.  I love the Home Depot. 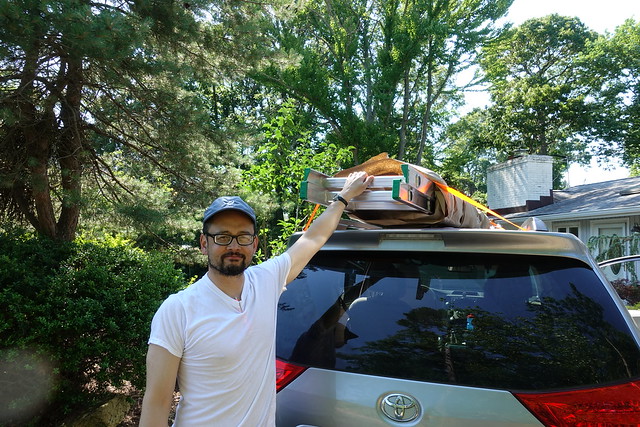 Back at home, Hai made a delicious pho dinner. 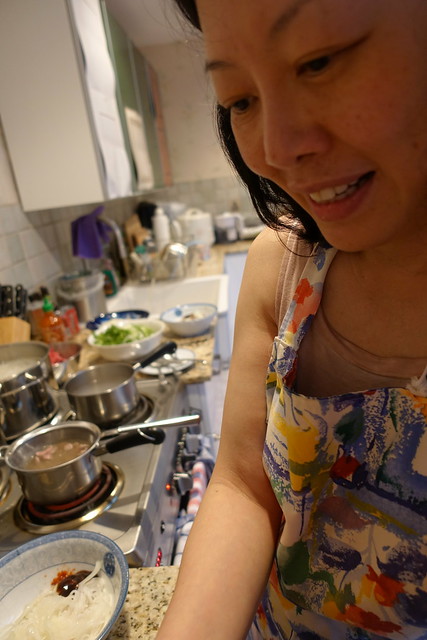 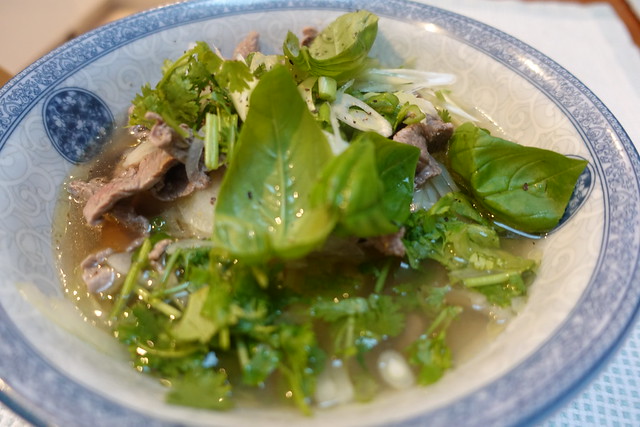 Matt came over for dinner and sang Chinese opera (?!) for us. 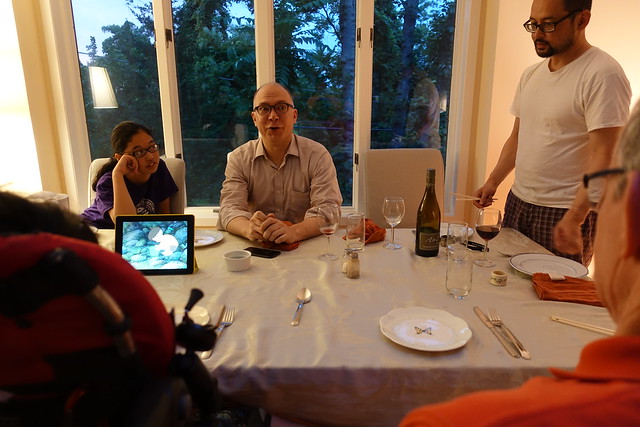 The singing required a fan, which Viviane provided. 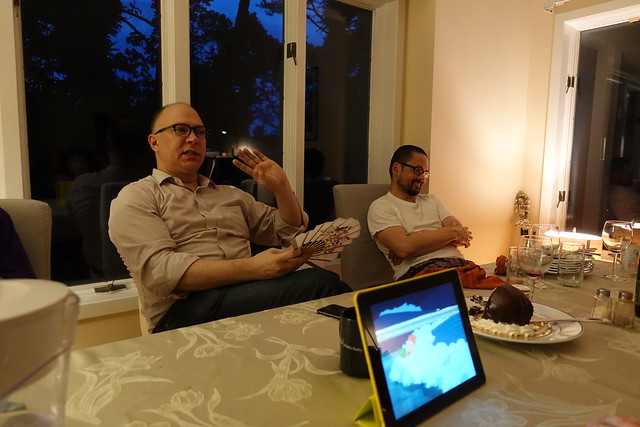 Starting at 2:30 am Sat morning, we started getting texts from Vince.  Our foray into WeChat somehow failed and we gave up on it.  Vince has been able to text us via regular texting and Facebook messenger (he’s also been calling using Facebook messenger).  His first text read “I’m in China” and his second text read “I have no service”.  Jeremy spent some time figuring out with T-mobile to remove some sort of block on the account.  Vince found his group & texted a photo and then I was relieved & tried to go back to sleep.  This is a photo from later in the week.  Yes, he’s the only boy!  A complicated double culture whammy – China & girls. 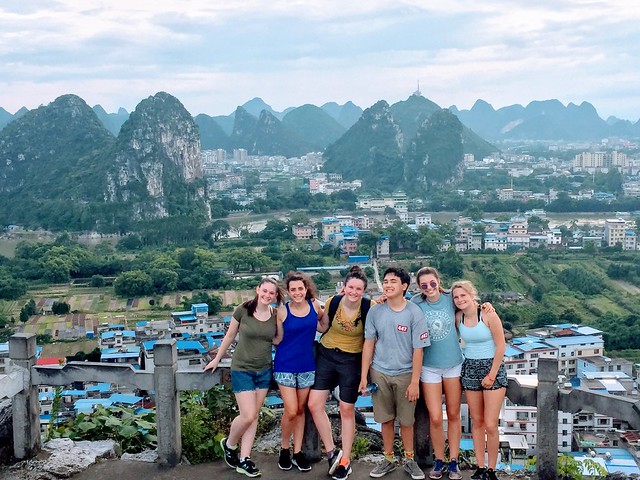 We left Port Jeff and headed to Maine first via a ferry. 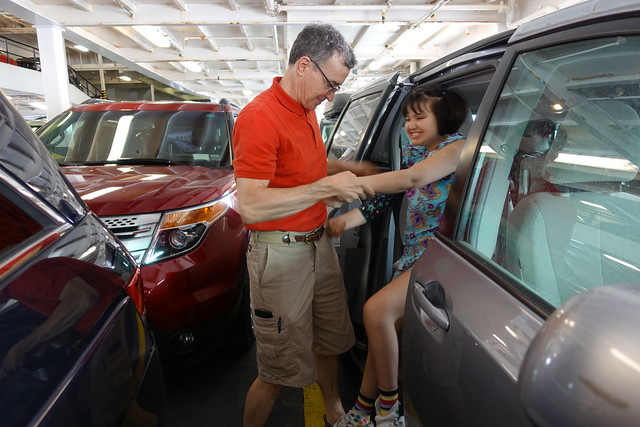 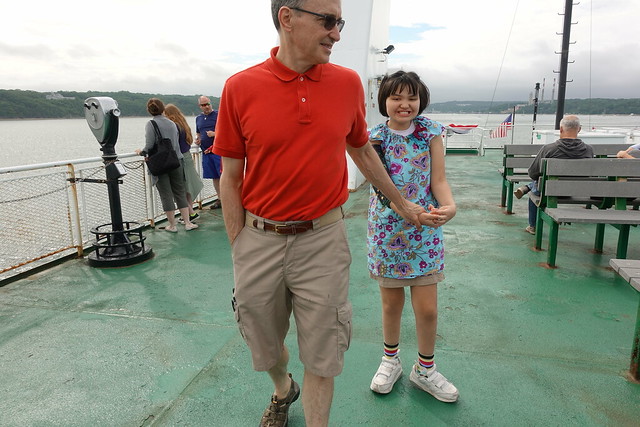 And made it to Maine by dinnertime where Jeremy made this for dinner. 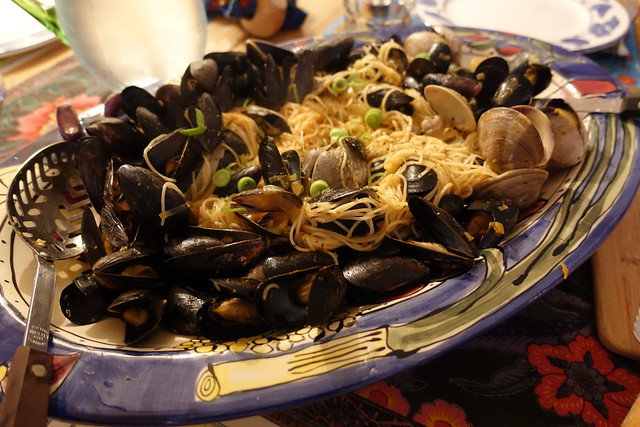 And we woke up to this: 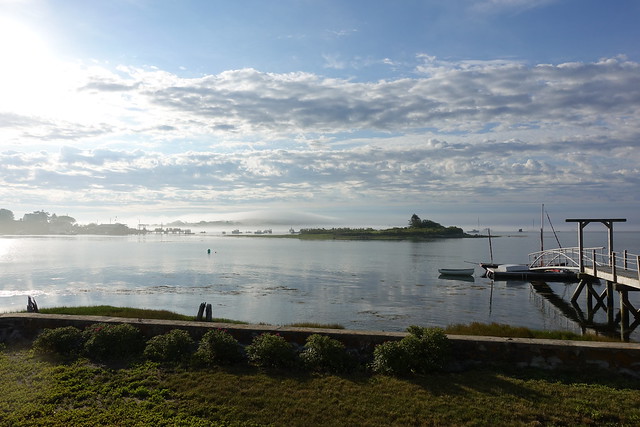 And this is how we spent most of our vacation. 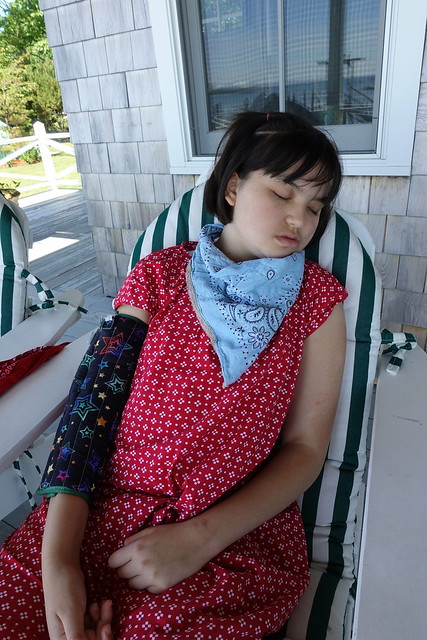 One thought on “Medicaid, pho, Maine.”