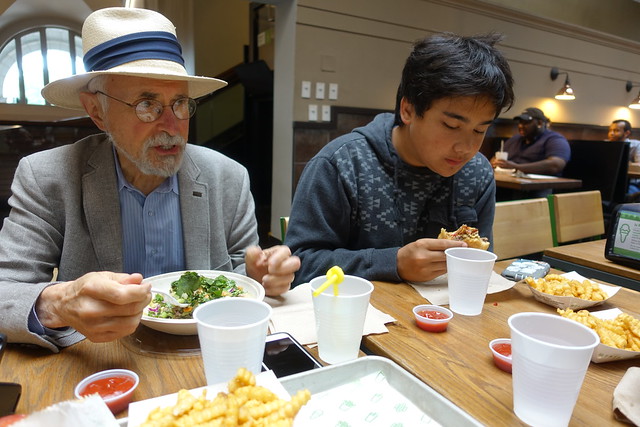 Bob came to town for one night to see Gene, so on Tues, we met his train at Union Station, had lunch with him at the Shake Shack (though he went to Chopt) and then drove him to Gene’s in Silver Spring.  Edda is the slowest eater in the Lee-Martin family, it puts her French fries in peril.  As everyone else finished their fries and burger, Edda still hadn’t started in on her fries.  As we chatted with Bob, I could see the boys just taking fries from Edda’s pile.  I shooed them away from her fries and she ate every last crunchy bit.

The start of school, our anniversary and our birthdays mean that there are a million boxes coming to the house.  Jeremy has decided this is the birthday for the bike power meter.  There are new shoes to be fitted into new pedals and buying, trying and returning.  Vince is obsessing over some branded shirts that he bought for the new school year.   He told me that he needed shirts and I corrected him and said that he wanted these shirts and he did not need any more shirts.  I swear, I hear him open/close the front door every hour checking if they have been delivered.  This morning, I woke up to find the front door wide open. 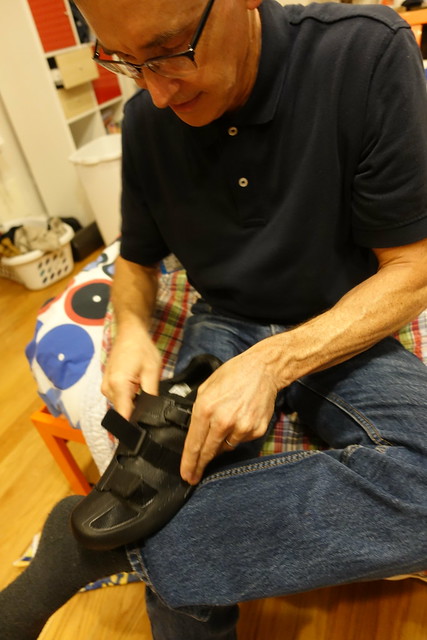 One thought on “Bob, fries, delivery.”