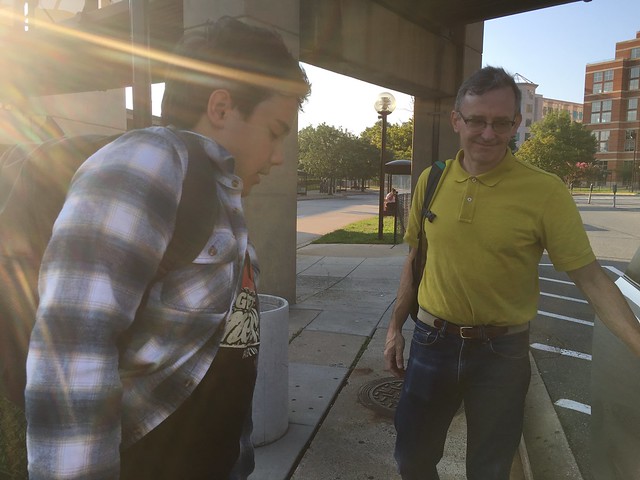 Vince left for Bard last Thursday – we’d been planning this trip for a while and Jeremy suggested that I tag along and go to NYC and maybe spend some time with Vince and Bob/Katherine in NYC and then some time on my own.  Jeremy & Bob even had some suggestions of who I should see to anchor the trip and so I did end up going for a long weekend.   I took Friday & Monday off of work, made a few social engagements and bought myself a bus ticket.  We booked Vince on the train on Thursday.  Vince is so self-sufficient, he managed a tight connection at Penn Station and made it to Rhinebeck right on time. I couldn’t leave Thursday, I left on Friday. 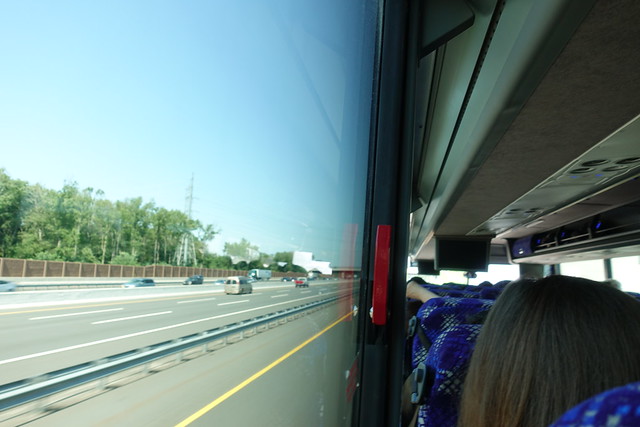 I promised myself not to get too hung up on how much money I was going to spend and just do the things I wanted to do.  Here I am at the top of the Empire State Building.  It was a gorgeous Friday afternoon.  I thought the tourist lines would be short and they were if the stanchions were any indication, but it still took me an hour to get to the top. 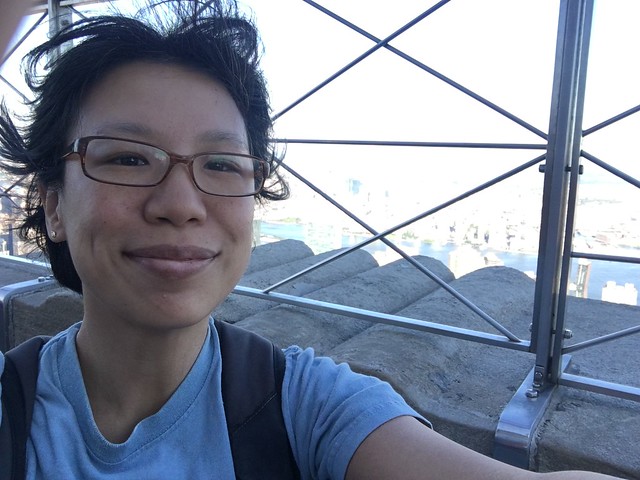 I traveled around via subway, which I haven’t done in a long time.  Usually, we are in NYC with Edda and it’s just impossible to manage all the stairs with her so we end up taking cabs or walking.  For an able bodied person, the subway is a dream.  In DC on the weekends, you’ll need to wait 20 min for a train.  Here, even on a Sunday, the trains ran every 5 minutes. 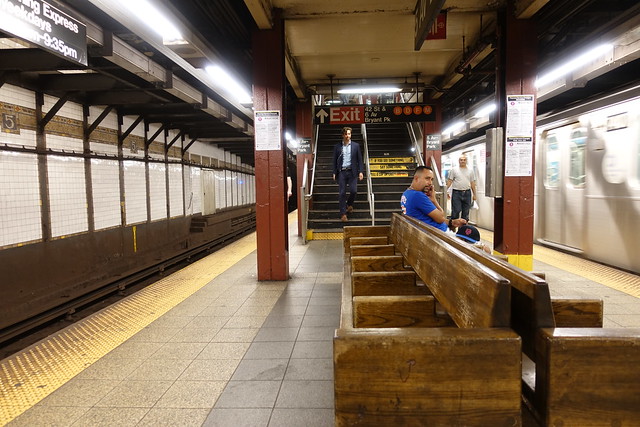 Traveled to see the defiant girl down in the financial district: 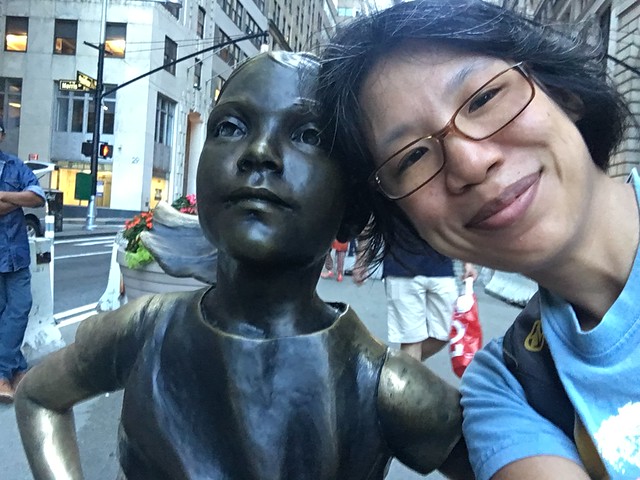 Saturday, I went to see Lael in Brooklyn. 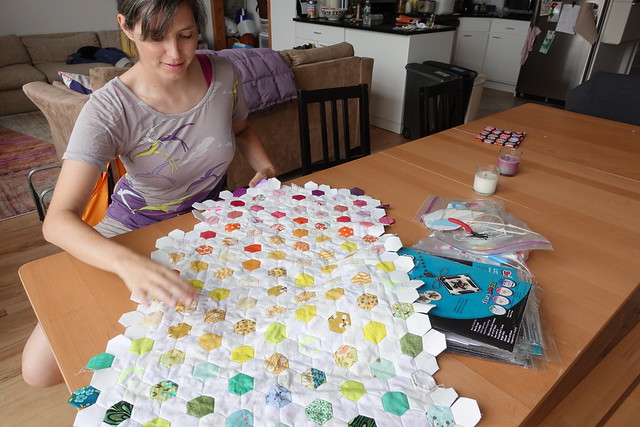 I asked her to plan the day and we took a ferry: 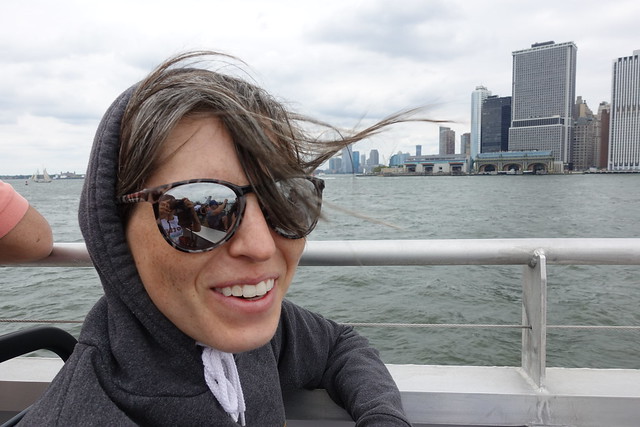 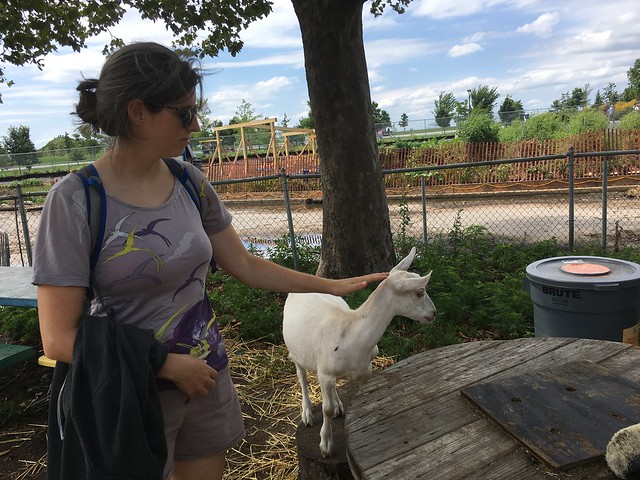 And play minigolf on Governor’s Island. 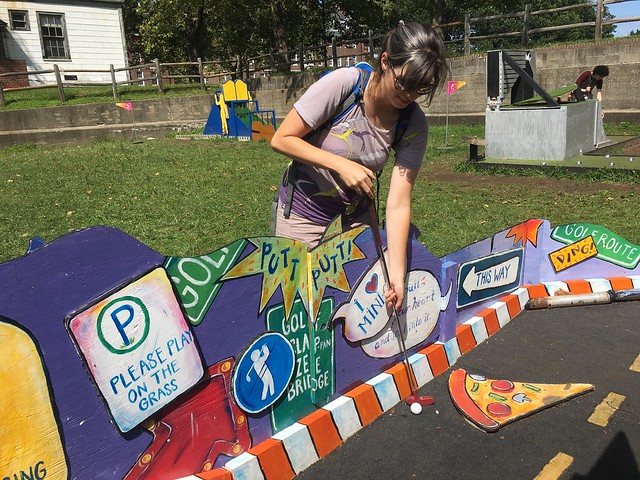 I crashed on her couch that night and said goodbye to her in the early morning on Sunday. 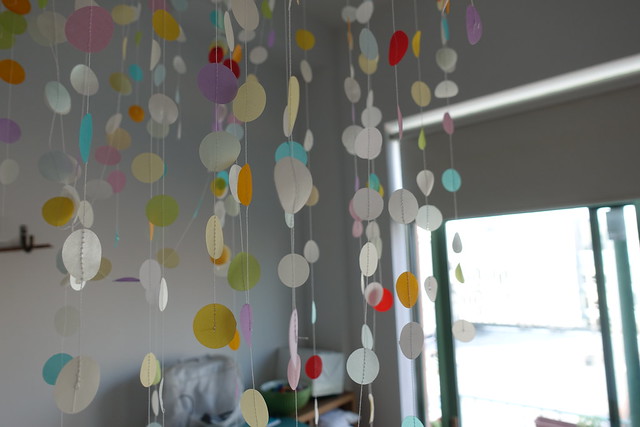 I went to the Met on Sunday.  I had downloaded the Met app and spent a nice couple of hours walking around the 2nd floor of the museum while some guy with a British accent (in my phone) talked about a bunch of exhibits including this painting of Venus with her son Cupid peeing on her.  (I thought they should record the tour with a guy with a New York accent.  I would have found that very amusing, but Jeremy said that the Met would not find it amusing at all.) 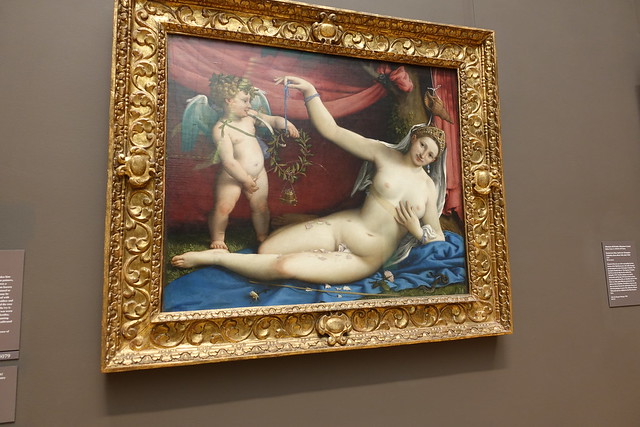 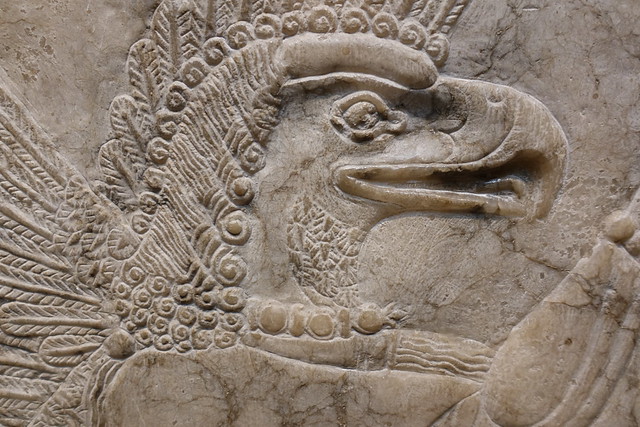 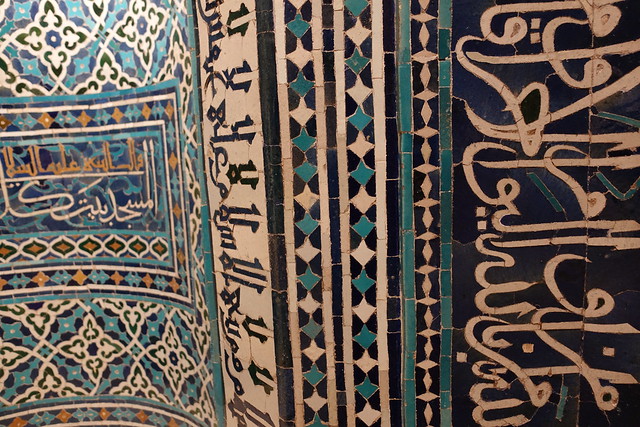 Sunday afternoon/evening, I went to the High Line with Charlotte and had a lovely Italian dinner with her and her family Augie & Jane down in Chelsea.  We talked a lot about ballet.  These people are ballet fans. 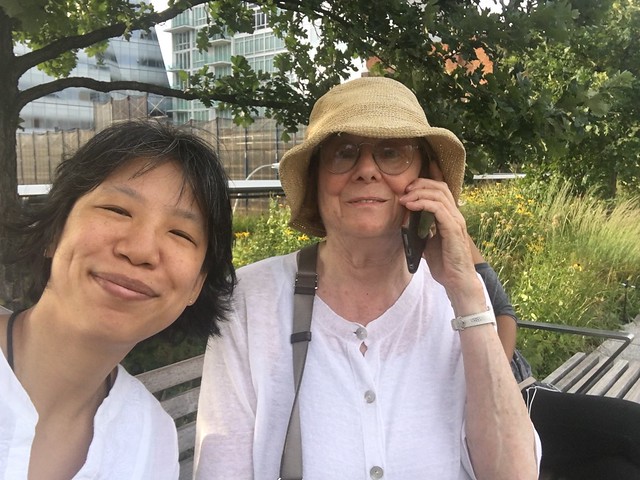 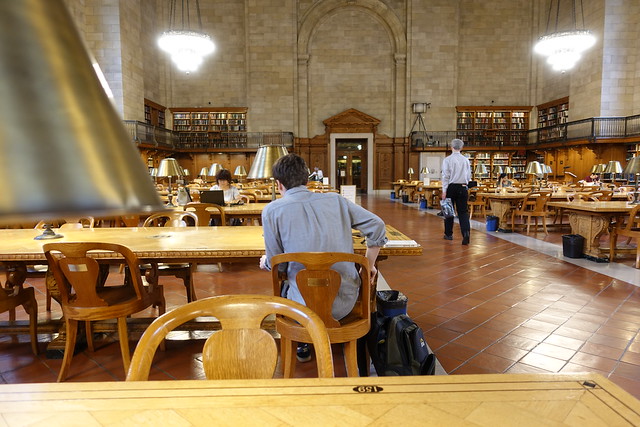 Monday at lunch, I met up with Cl*ire who is a nurse by training, and also ended up being the first woman president of an Ivy League college in the mid-1990s.  At 90, she is still an ambitious and impressive person.  Her immediate advice for me – “work for a year, and then get your PhD”.  How old are you? she asked.  Almost 45, I replied.  Well, you have no time to waste then!  All the jobs that you’ll want to do will require a PhD. (Like running a university?)    All my excuses for not being ambitious started to sound a bit lame as they left my mouth.  Why not get a job at Hopkins? Or Georgetown?  Well, because (I have (already) thought of this), I would have to get up at 4:30 am and not be back at the house until 8:30 pm at least three random days a week.  Cl*ire asks,  how much are you needed at home?  (I had told her about Edda and my various other things that I do.)  Well, do I count my desire to be at home asleep in my bed most days at 4:30 am a “need to be at home thing” or a “want to be at home thing”?  Anyways, it was a fun, lively lunch and it reminded me of what it takes to be super accomplished (a lot) and what the hell, maybe I will get my PhD.  (Probably not.) 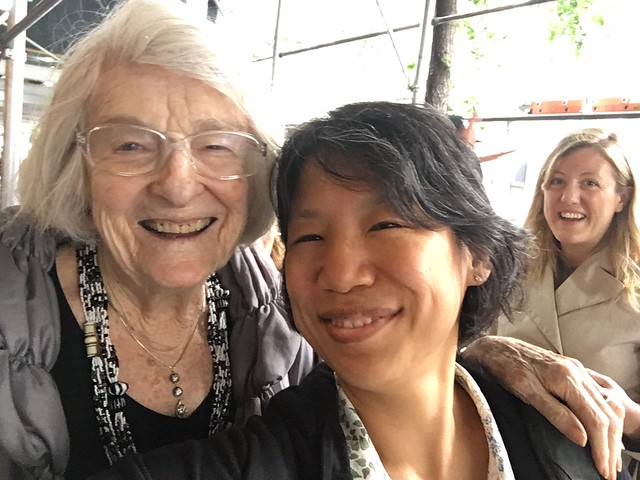 I ran all the days I was in town:  Sat morning along the Hudson mostly by myself. 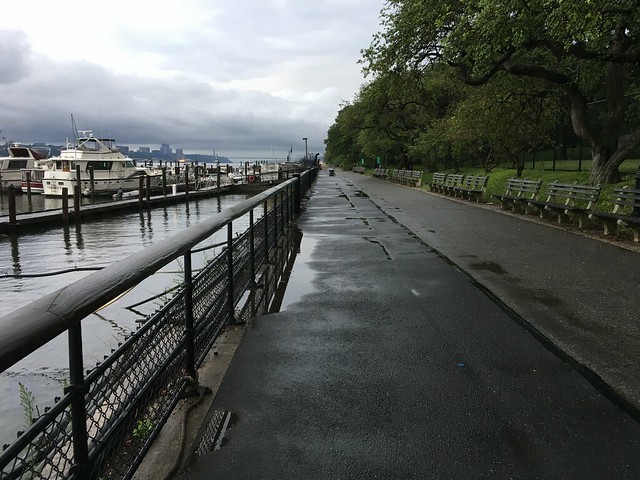 Sunday morning (the whole loop) in Central Park with all the 10,000 other runners. 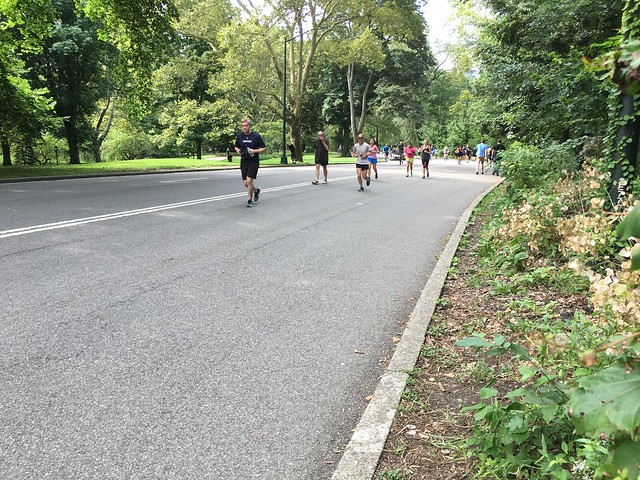 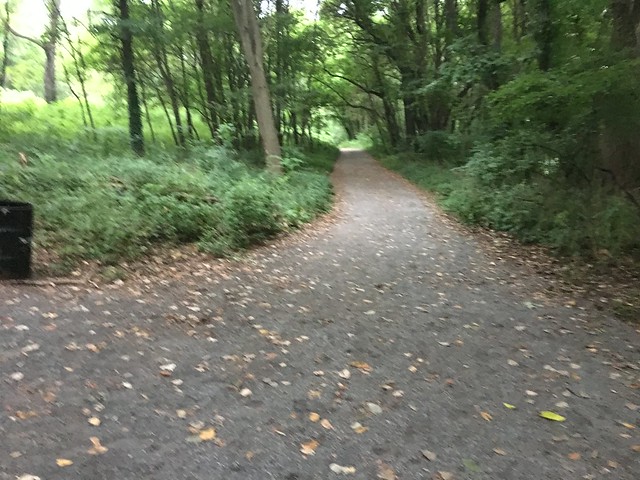 In order to indulge my frugal tendencies, I did book three nights at the youth hostel at 103 and Amsterdam for less than $200.  So much value!  Just blocks from Central Park!  There are some people I enjoy admitting this sleeping arrangement to and there are other people who I’m embarrassed to admit this to.  Anyways, it was fine, I’ve done this many, many times before but this is the first time I’ve felt too old.  I texted Jeremy on Friday night that I was too old to be doing this and he laughed at me because he said he felt too young for his biking vacation which was full of retired people.  Here’s the room, I slept on a top bunk.  I got into a silent fight with a person who insisted on keeping the window open even though the (weak) air conditioning was on.  But I know from a decade of au pairs, the window open/closed, HVAC high/low is a serious cultural issue.  I’ve seen windows wide open on the bitterest winter days, heat on to 85 degrees, A/C set low to 55 degrees, etc. 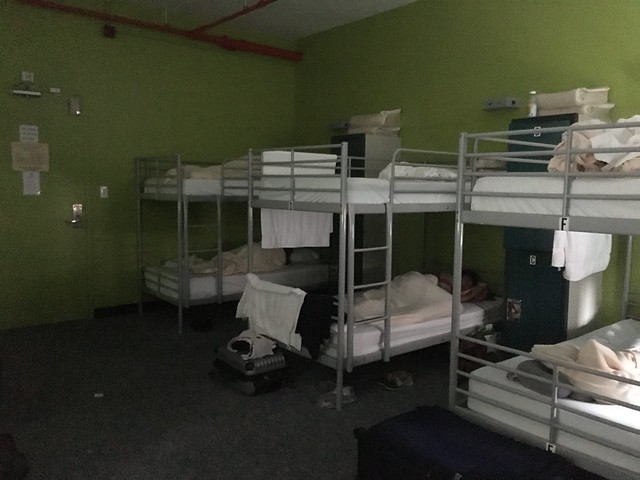 Finally, indulge me on my side art project where I take pictures of tourists taking pictures. 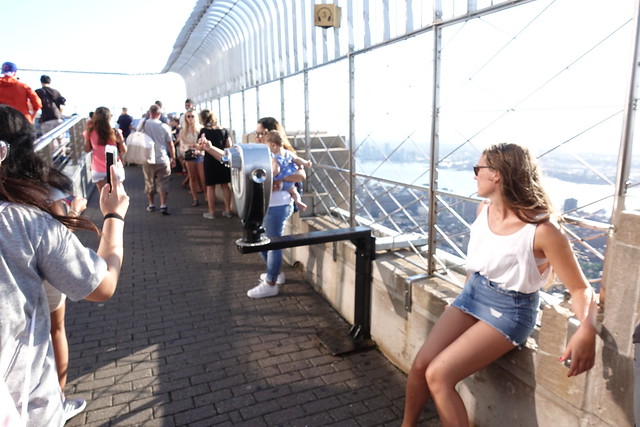 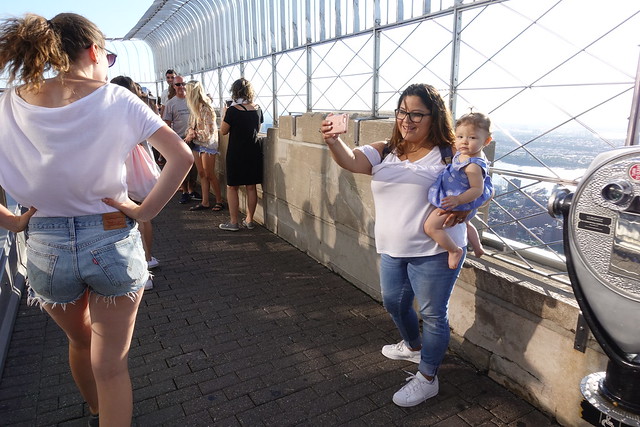 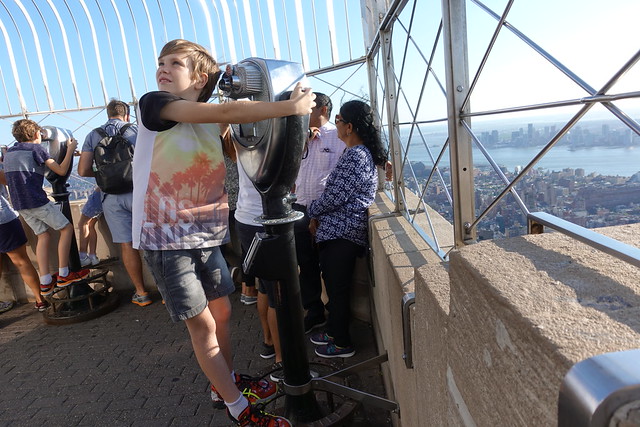 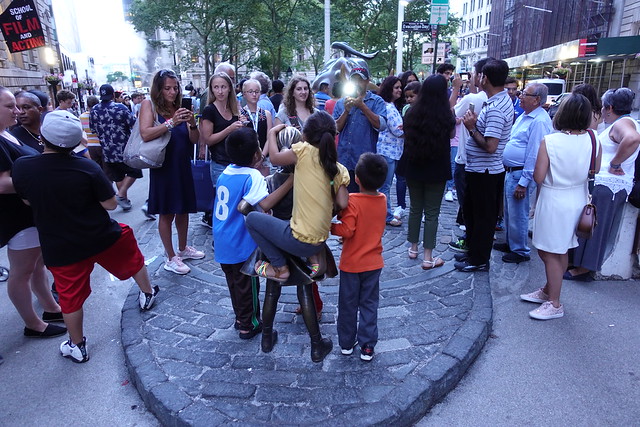