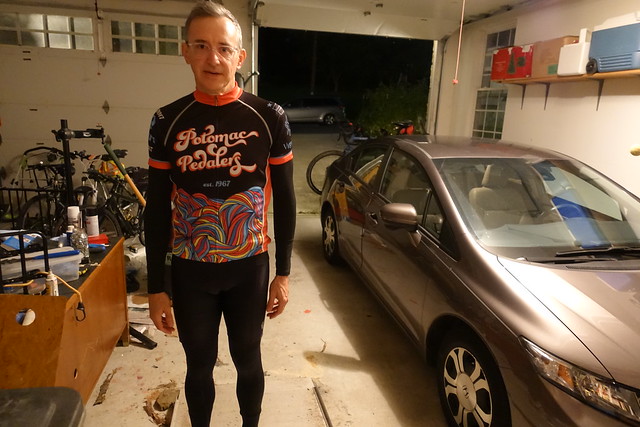 Jeremy left before 6 am to do a century bike ride (100 miles).  He wanted to find friends to ride with, and he was a little nervous to ask, but ask he did and ended up riding with Kelly and Liz.  His goal was to not be dropped by them.  He has ridden with them before and they follow each other on Strava so he knows exactly in what kind shape they are in and they are in better shape than he is.  He did not get dropped and cut an hour and 20 min off his time last year.  Liz wrote on Strava that it was a wonderful ride with good company at a conversational speed.  It was not a conversational speed for Jeremy. 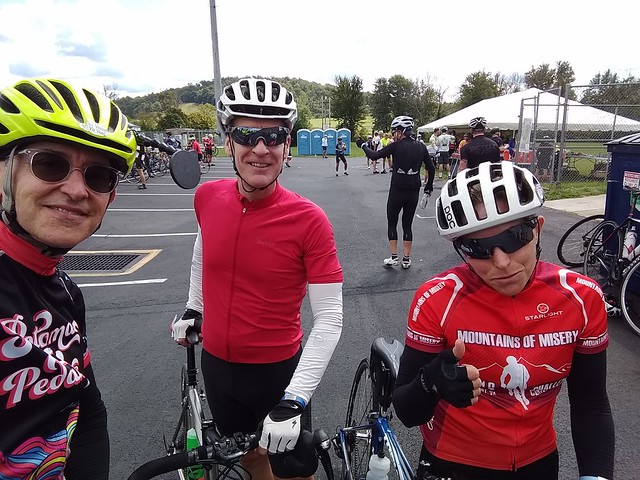 Good weather, good pals and lots of training might make this year’s time hard to beat. 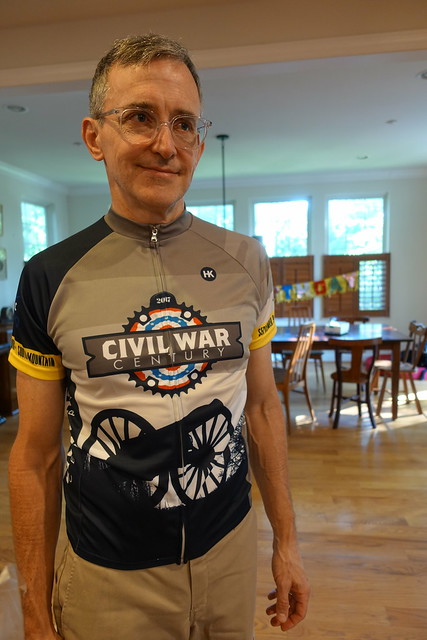 An hour after Jeremy left, I dragged both the kids to David’s Eagle Scout project, a 5K race around Clopper Lake to collect food for Manna.  Eddda was Buddha-like about going, but Vince was reluctant.  It was early in the morning and who wants to get up at 6:55 am for a 7 am departure from the house? We haven’t been going to various Eagle Scout projects, but it’s about time to start now that Vince is an older scout.  I thought it was paved and I imagined that Vince would push Edda around the lake while I ran, but it was all on trails, so Vince kept Edda company at the start while I ran around.  (Actually, it was good that Vince went, he did end up helping out a bunch and, I think, felt pretty good about it.) 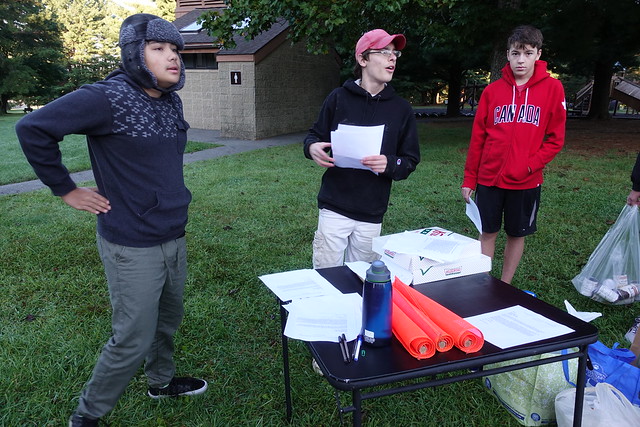 Unlike Jeremy, I did get dropped twice.  First, a splinter group of four trailed off of the lead group.  And then I kept up with the four for a good while, but I did eventually get dropped by the splinter group.  But for my efforts, I did win the female division and received a carrot cake. 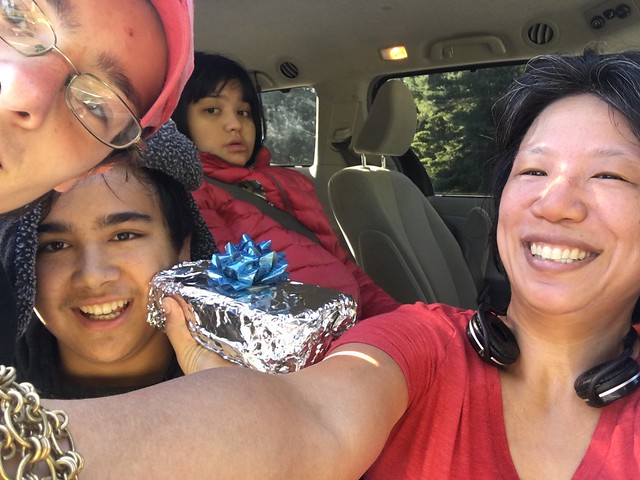 In the evening, we hosted Xiaoying & Chenny and met their delightful new baby, Legend.  So smiley!  So well behaved! 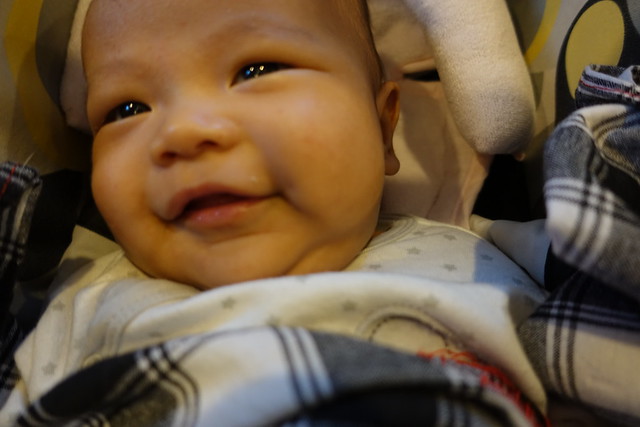 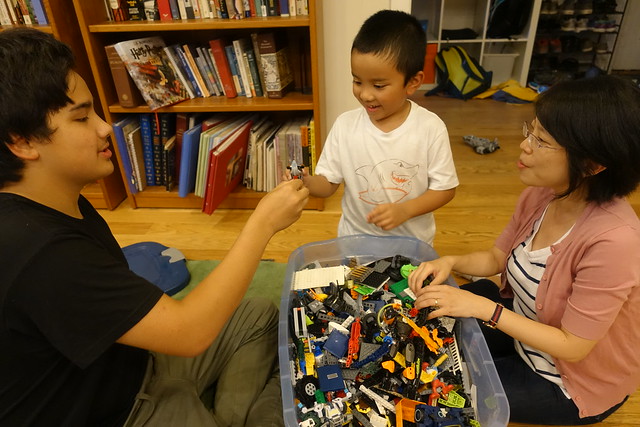 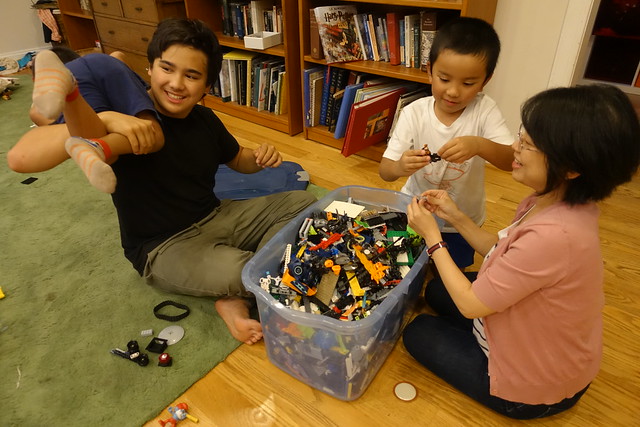 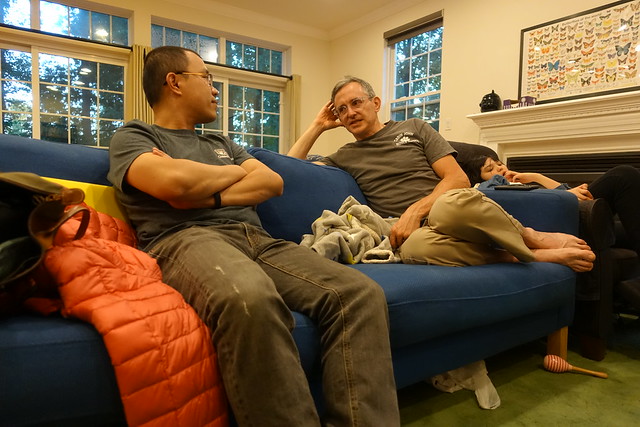 We ate so much food!  Including my prize cake – which turned out to be chocolate chip carrot cake! 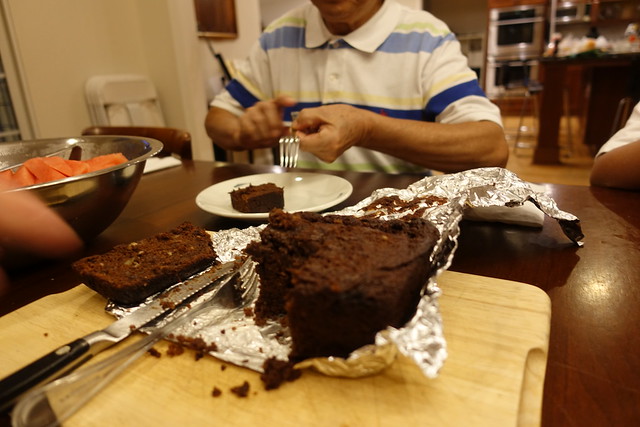