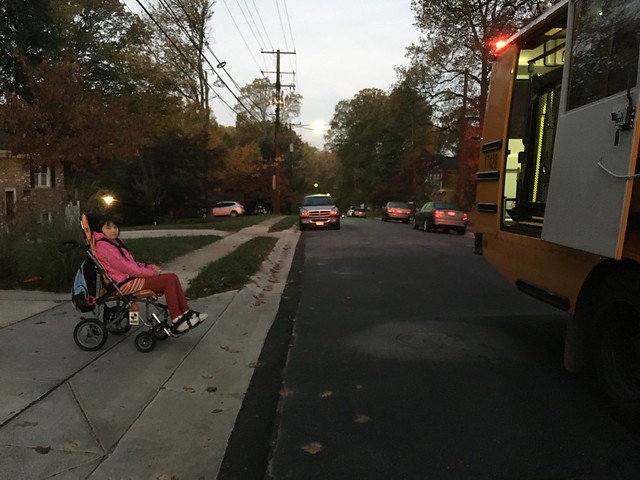 Edda’s bus lift is still broken, but we managed to get her on the lift again.  Manually.

Friday night, my mom’s cousin is in town from Shanghai via NYC.  They were in NYC for a few months taking care of their new grandchild and came down for the weekend to hang out with my parents.

We went out to Founding Farmers with them.  Vince got the scratch soda – guava & vanilla, I believe.  It was very tasty. 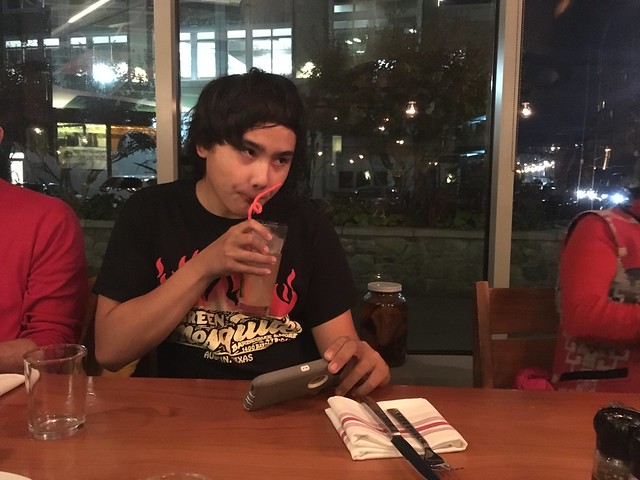 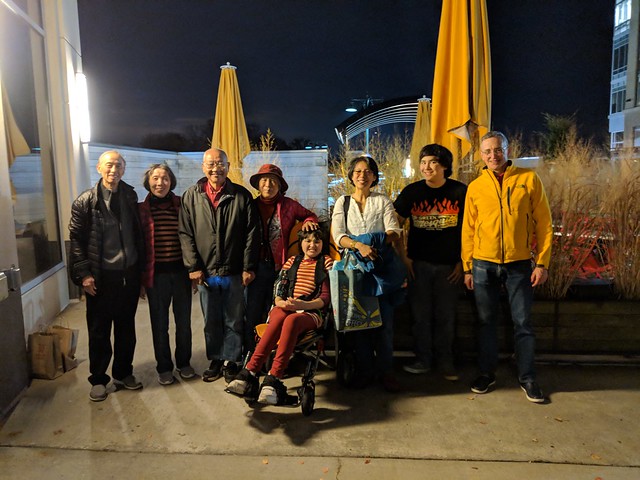 After dinner, everyone else went home – I headed to DC to Lauren’s house for a “thank you party”.  Molly, her daughter, had the exact same surgery as Edda (scoliosis) with the same surgeon at Children’s a few weeks after Edda, but things got really complicated really quickly which resulted in an extra long hospital stay – a record setting one for Molly who has had really long hospital stays in the past.   Molly is doing much, much better now.  She’s at home, recovering well.  Lauren wanted to say thanks to all the people who helped them out during those weeks when everything was in turmoil. 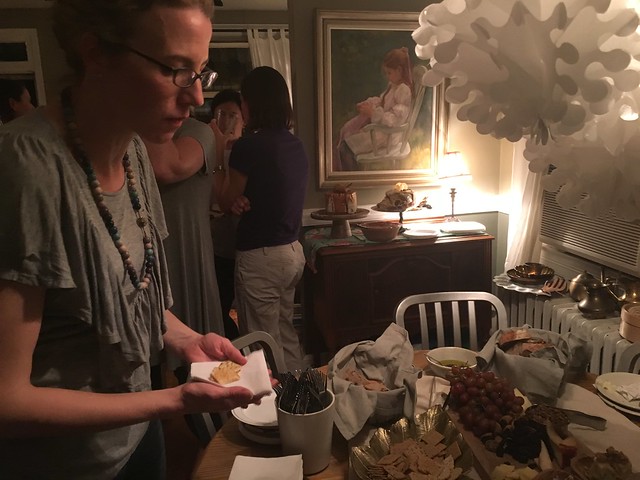 Lauren, who is a professional food-person, made the most beautiful & delicious cakes for the party.  I felt like I only had time to say hello, but I ended up staying until well past 10pm. 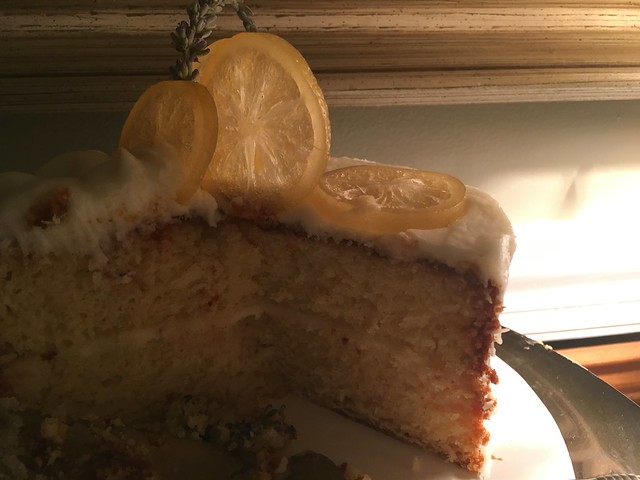 On Saturday, we went to Philly to see our friend from grad school, Vidya.  He suffered a brain stem stroke in mid-August and has been recovering the Penn neuroICU ever since.  We didn’t learn of this until last week and we made quick arrangements for Edda’s care so we could make a trip to Philly and back.  If you google brain stem stroke, you get – The Diving Bell and the Butterfly – which is both terrifying and optimistic.  Before the visit, we knew that Vidya couldn’t move his body, but we didn’t know if his cognition was compromised.  Anyways, it was kind of a relief to see him in person, to see that his personality is still evident, that he understands everything and is even challenging the nursing staff with the dosing and timing of his pain meds, he has expressive facial expressions, can nod yes or no, can mouth words and is learning to control some of his upper body again – getting back some ability to cough and move his torso.  The family has a printed alphabet they are running through (slowly) to have him spell out things he wants to say.  We hoped and anticipated that Vidya’s mind was perfectly fine and we pulled out Edda’s eye-gaze computer (which we haven’t had much success with, in the photo below, you can see the eye-gaze camera set up as a bar underneath the tablet) and dusted it off and tried it out at home to make sure it was kind of working.  Of course, the set up for Edda is much, much different than it would be for Vidya software-wise.  Luckily for us, we were visiting at the same time as his cousin who is a software geek professional who got really into it and is going to take it home and really get it working.  Fingers crossed, I’m hoping it works well enough for easier communication. 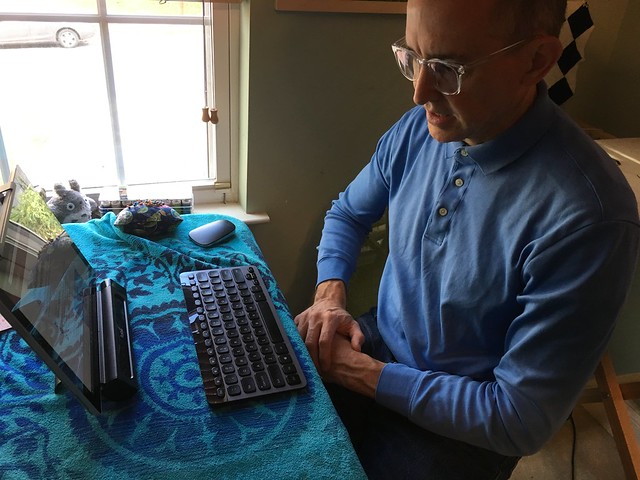