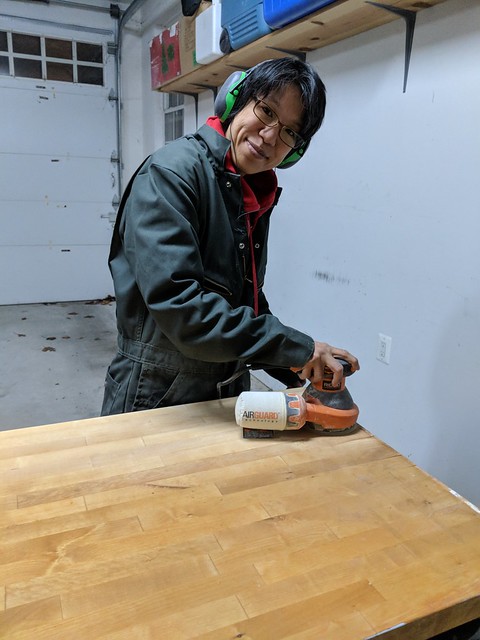 Our new tenants are moving in, not this weekend, but the following weekend.   The great thing about our tenants (other than the rent that they will be paying and that I feel like I can justify living in a huge-ass house because we are housing so many people/animals) is that Ning (half of the new tenant couple) is planning on joining Team Edda and she’ll be able to work an hour in the morning to get Edda dressed, fed and onto the bus before she goes off to her own regular day job.  I’m always excited about people joining team Edda, I’m especially happy that we’ll have a backup caregiver living in the basement apartment in case we need an extra set of hands.  Always comforting & reassuring.  The apartment looks pretty good, we just have to sand and finish the butcher block counters and do some caulking in the bathroom and then some final sweeping/vacuuming.  Still, it will involve some trips to Home Depot and time.  We tried to squeeze some home repair time in during the weeknights.  This sanding of the butcher block is really just practice for our real, big project which is sanding and refinishing our own dining room table.  The finish on the surface of the table has degraded over time, so it feels like it’s always sticky and dirty even though you scrub the hell out of it.  Hopefully we can do that project before the beginning of the new year. 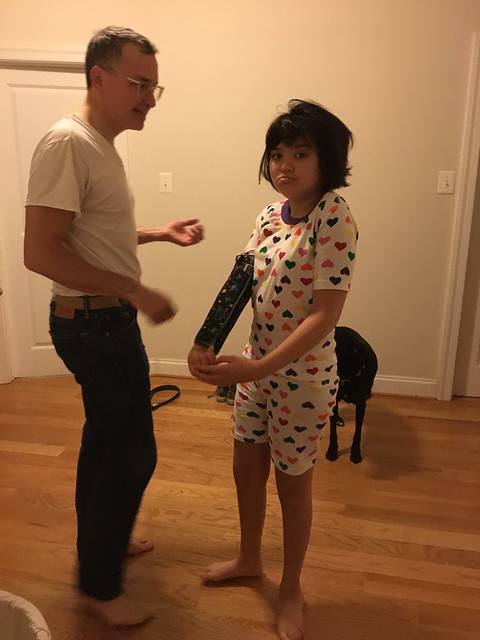 Now in the mornings, Jeremy feeds Edda while I work for a bit and then I take over and dress Edda and get her onto the bus.  The bus had a problem today, the lift wouldn’t move.  The bus driver had to lift Edda up on the platform by hand-pumping the lift.  Yikes, I really wanted to do it for her as she’s had a number of knee surgeries and it seemed like hard work, but she insisted that she could and she did and Edda did get on the bus. 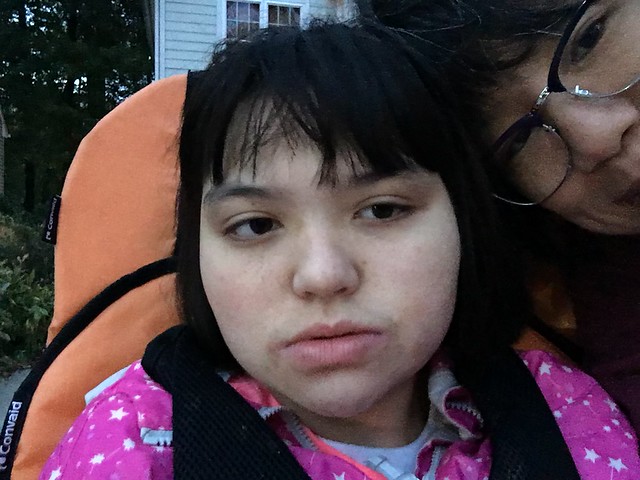 I have resurrected Edda’s sewing machine (Edda Renouf, not Edda Martin)! Youtube videos, a few orders from the vintage sewing shop & some mechanical know-how and now it’s humming along.  I love that quiltmaking can involve machinery maintenance as well.  I have learned many things about this Singer Featherweight.  It is a relatively rare white version of the famous, usually black, Singer Featherweight.  Made in Scotland in the early 60s, it’s quite the collectible.  Did Edda use it much?  I’m not sure.  Jeremy suspects that Edda had it because one was suppose to have a sewing machine in the house, but that it wasn’t regularly used. 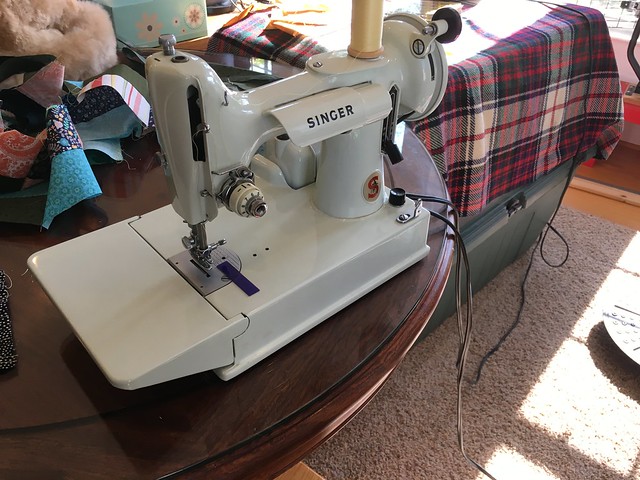 Well, I’m happily quilting on it.  It’s got a few sewing quirks I’m still learning about, but that’s OK. 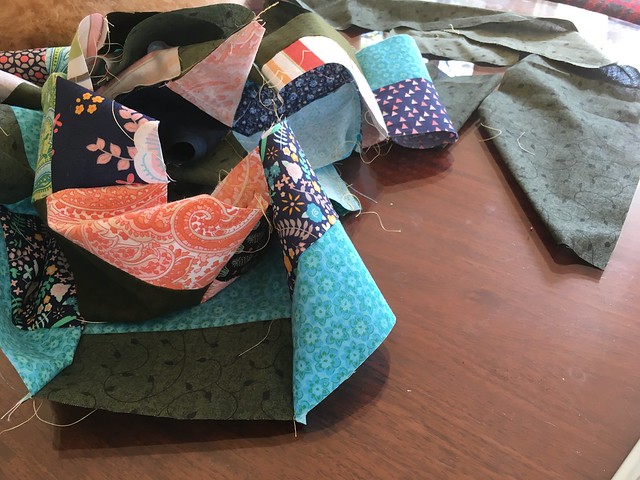 I did not get outside for my run until 1:30 pm today.  The best thing about fall, winter and spring running is that one should be able to run at anytime during the day and it won’t be hot.  In the summer, I want to be outside as early as possible so I’m not running in full sun, heat and humidity.  In the cooler months, I can be lazier and run whenever during the day because it should be 40 degrees outside all the time now. 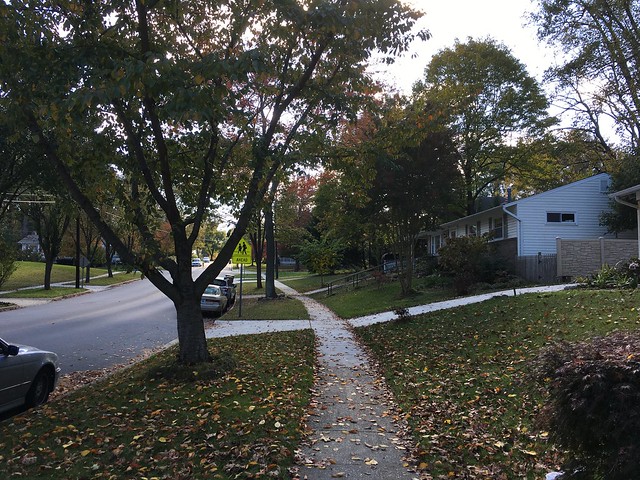 But, omg, it was almost 75 degrees outside.  We are so screwed. 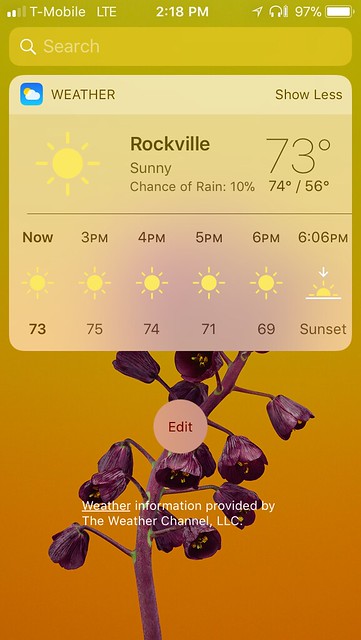 We made breakfast for dinner tonight.  I tried to make hash browns from scratch.  Not great b/c it all fell apart when I tried to flip them, but it all got eaten.  Enough sour cream & ketchup and then it’s mmmm.  I also used bacon fat to fry them up so that added something… 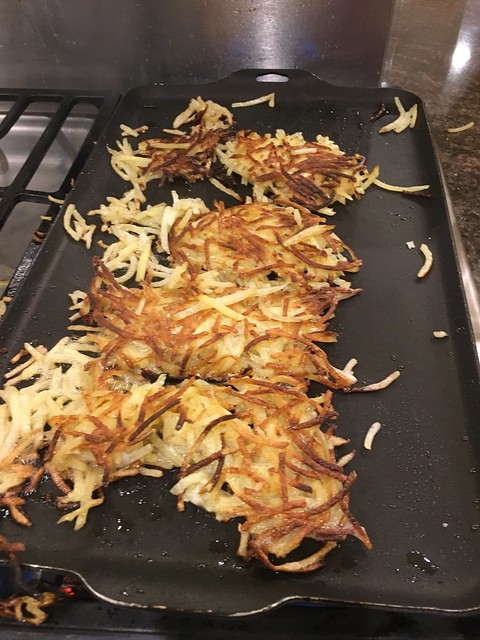