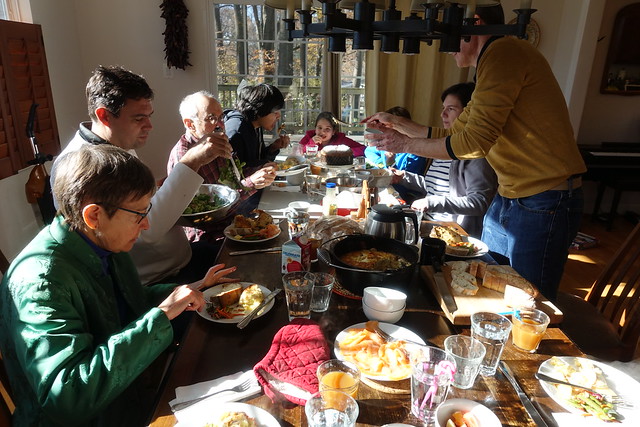 Cindy & family were suppose to arrive at noon on Friday.  Jeremy went out for a ride early that morning and came back at ten and then shooed me out of the house to go to the gym then – I was reluctant to leave because I was feeling both lazy in terms of getting a workout in and also because I thought he needed help pulling together the brunch.  But he assured me that everything would be taken care of at home. So I came home at 11:45 am and the house was super quiet as if no one was home (well Adriana & Edda were home, but they were both screen-timing (very quietly)).  No one was cooking.   I asked Adriana where Jeremy was and she said, uhhh, upstairs?  in the garage?  I was like – we have guests coming in 15 minutes, I thought we’d have an egg frittata 80% complete.  Turns out Jeremy had to go out with his parents and run some errands and came rushing home at 11:50 and said that Cindy texted they would be 30 min late and then we threw together an egg/potato frittata.  Just in time. 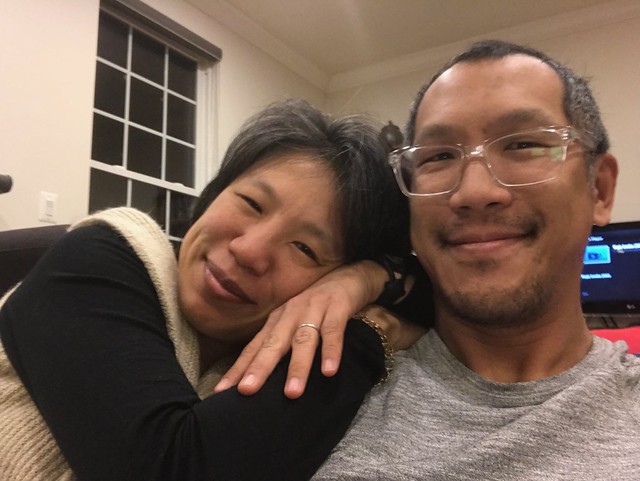 On Saturday, Jeremy was out riding.  Emy & Seth headed back to NY, Bihan, Kiki and Kappa went into DC.  So I took the Lees out to a late lunch (after Donald went to Tyson’s in the am to help David (my parents’ friend from China) buy a Louis Vuitton bag for a friend.  $1500.  Crazy.  Furiously texting back and forth to China, for a moment, David’s friend wanted two (!) of the same bag and the saleslady apologized and said there were only 16 of those bags in the US and that there might be another one in Baltimore.  Crazy part 2.)  We went to A&Js for beef noodle soup.  I spent Saturday afternoon with Donald – we might have had plans – but we mainly napped on the couches in the living room. 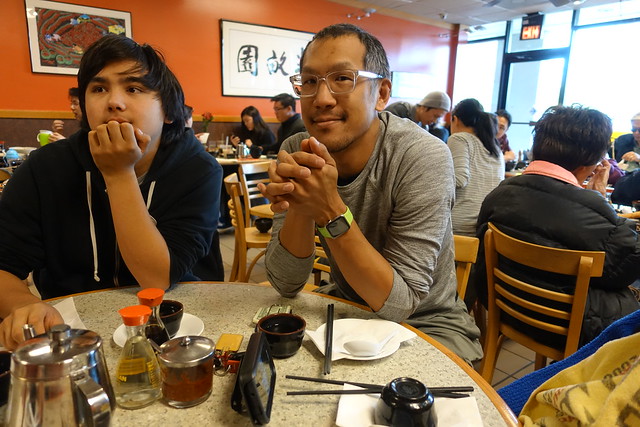 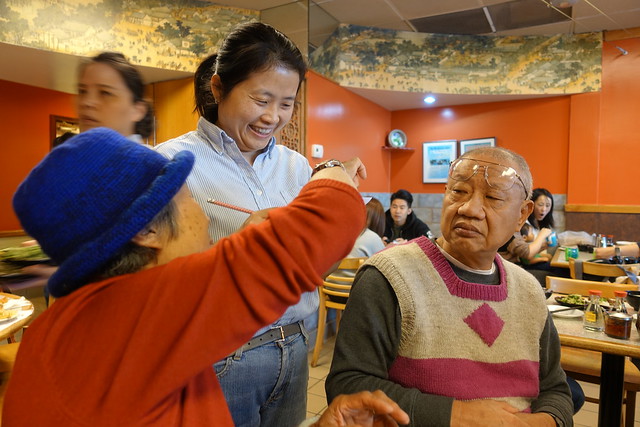