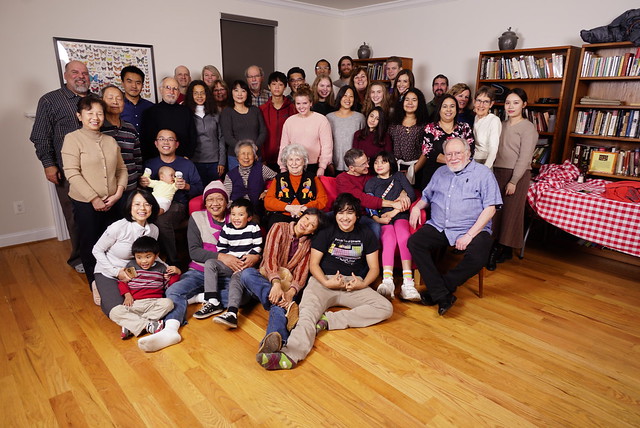 Happy day after thanksgiving!  We had 44 people over for dinner and managed to get 43 of them in this photo.  Jeremy made the turkey and everyone else contributed the sides, we did not vastly overestimate the food as we often do.  There is enough turkey and cranberry sauce for a few turkey sandwiches, but nothing as in some prior years where we might have had a whole extra turkey.  We had a few people who had never been to an American Thanksgiving, I think we showed them a good one.

Bob, Bihan and I started the day at Freedom Plaza at a 5K.  It was a cold morning, it took the first mile to just unfreeze my toes. 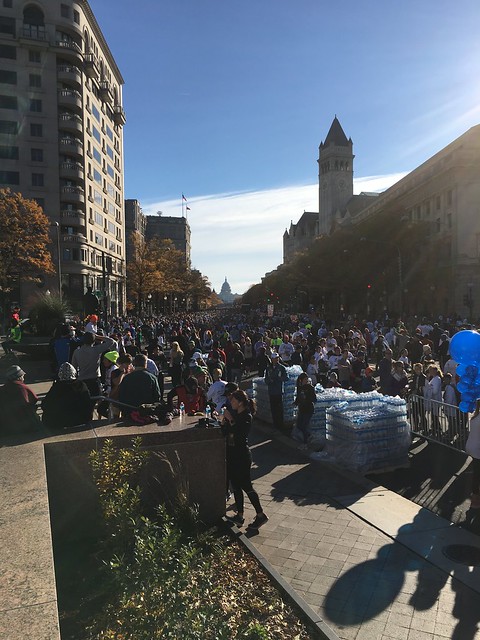 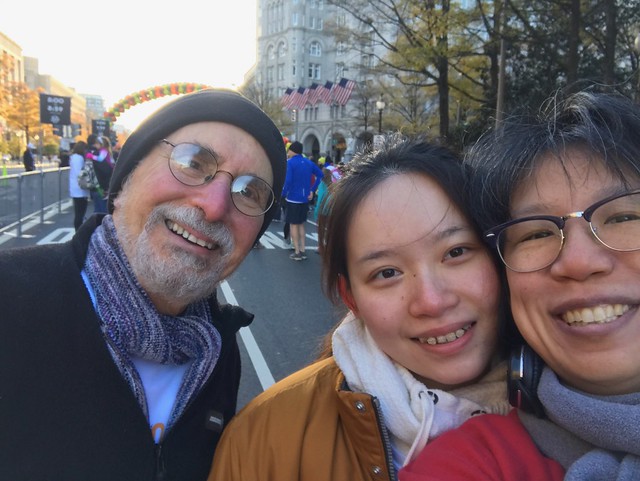 I came home to the beginnings of dinner.  My mother came over with my brother and took a nap on the couch. 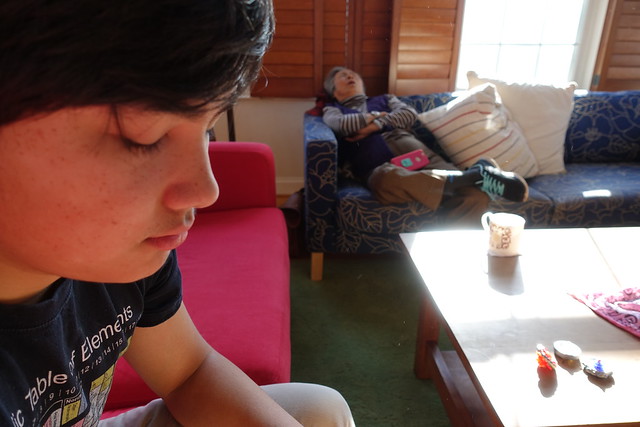 She’s in charge of the eggroll appetizer. 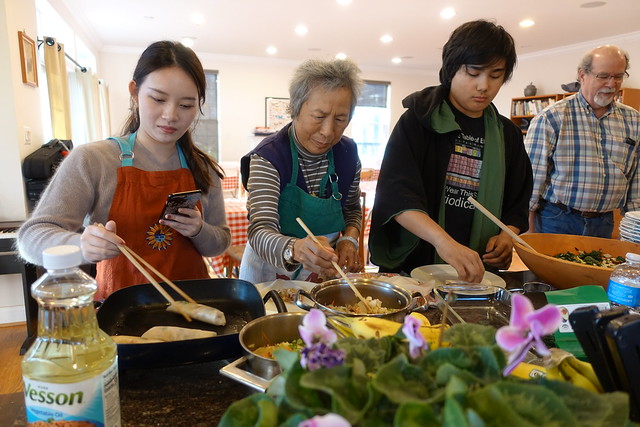 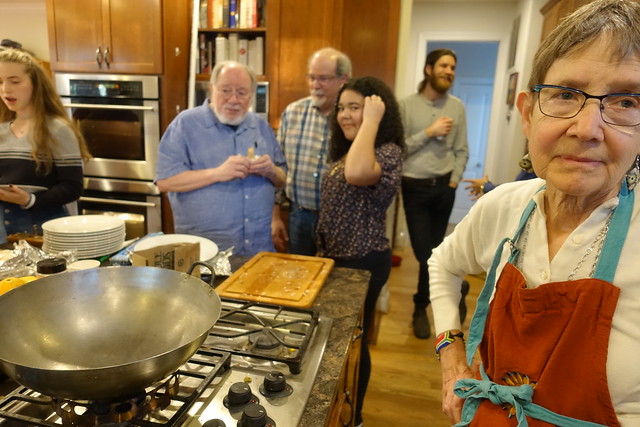 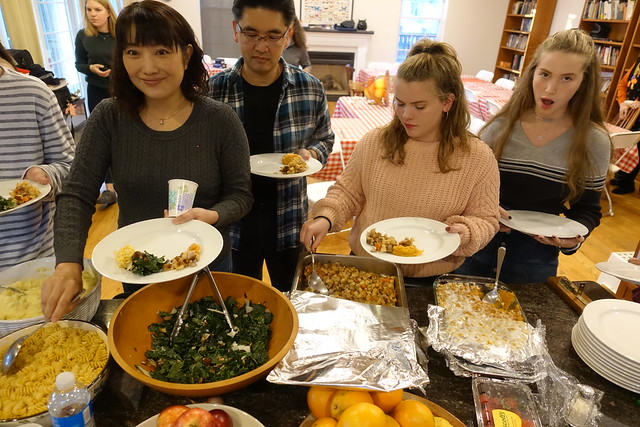 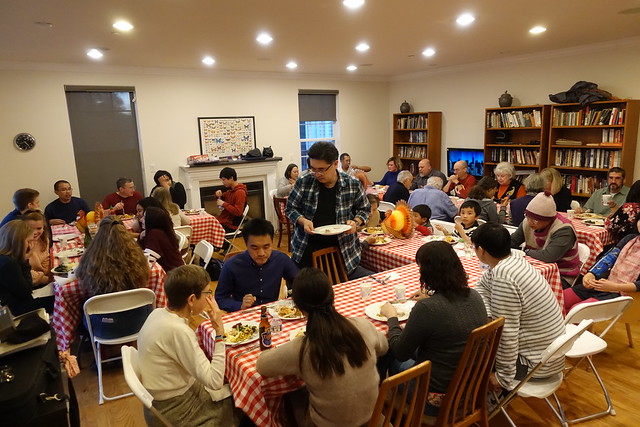 The kids (who amazingly aren’t so little anymore) found Cards Against Humanity which was hilarious (apparently) & they went to the traditional after dinner movie – Coco (which everyone loved). 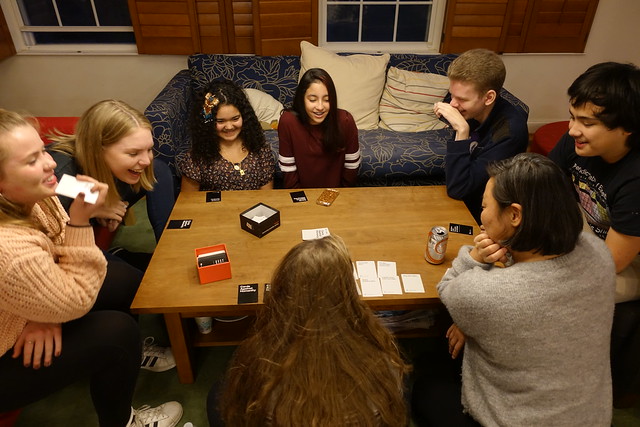