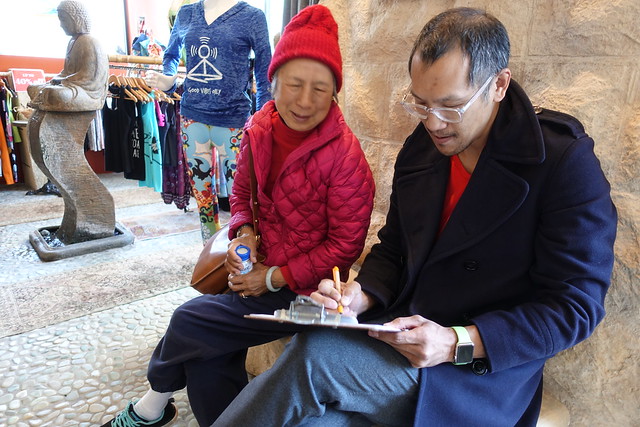 Today is my mother’s 76th birthday (I mean her 29th birthday.)  We started the day off with a 90 minute yoga class where we learned how to ease into a backbend.  The instructor came over to us and introduced herself to us before the class started and told us that she was planning on working into backbend poses and told us that these poses can release emotion as you press your heart kind of up and out of your chest.  Maybe that is true?  Did I feel extra emotional as I went through the class?  Maybe!  Donald worked in the afternoon.  I took the afternoon off of work to nap and try to sleep off my cold & fortify myself for the next few days.  Although I love hosting Thanksgiving and having a full house, I do know that it takes me extra energy to sustain a higher level of socializing than I am usually used to.  I like to go into it feeling strong and not worn out from our regular schedule.

At night, we drove into DC to a restaurant called Fig & Olive.  I picked this restaurant mainly because I entered the right number of guests and the night and time I wanted into OpenTable and this was what I thought was an appropriate level of fanciness.  But I never really know if the restaurant will be a hit with my family (we have had duds) because I like to try different restaurants each time and I can’t suss out the vibe of the place no matter how many yelp reviews I read. Because of circumstances, I had to drive me and Vince into DC which is a hard thing for me to do – Google maps took me all over on strange roads because I was driving during rush hour – I get nervous driving places I’m not familiar with (and Vince can be no help – he sometimes teases me about this hangup while I’m driving which really amplifies my anxiety.  But sometimes he puts everything down (meaning his phone) and says – you can do this, mom! – which is helpful as I’m entering Dupont Circle (which is much easier to navigate on foot than in a car)). 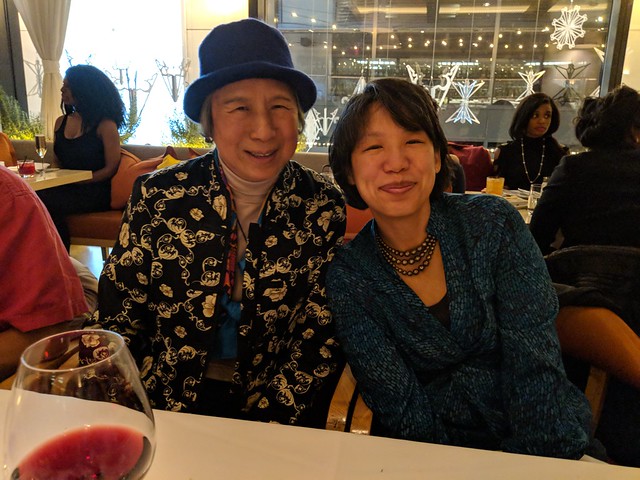 My father kept making slightly weird comments about how I looked, but I think that, finally, this was the night where I was a little dressed up and I looked a lot like my younger mother.  I can understand this – if I close my eyes, I can’t really remember what Jeremy looked like when we first met.  Sometimes going backwards on the blog can help, but I can only see Jeremy as he is now. 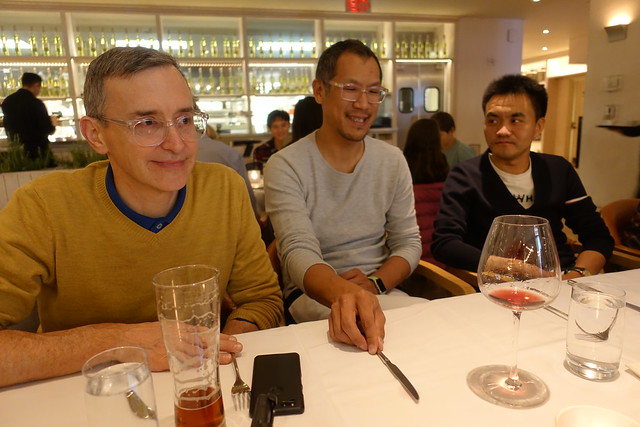 It was a lovely evening, the restaurant was perfect – not too loud, pretty fancy & relaxed but attentive service.  I didn’t realize it at the time, but it’s in this part of town with the Louis Vuitton store, the Dior store, the Hermes store all within a block of each other.  Not something I look for in a restaurant myself, but can be important to my parents.  My mother was pleased which make me happy. 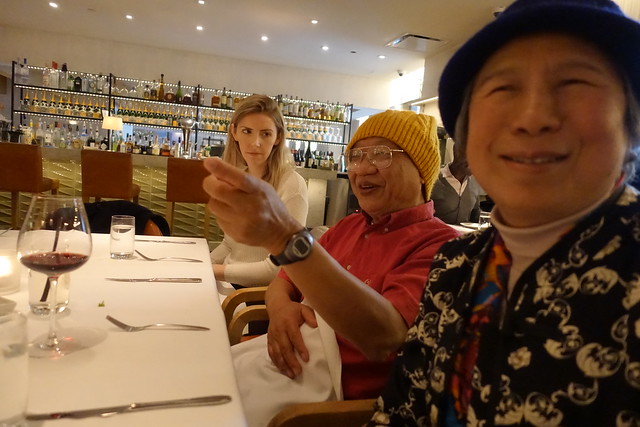 I did show my bossiness
assertiveness (a trait I know I have, but I try to bury it deep and pretend I’m not bossy at all.  Also, I know I’m not suppose to use the word “bossy” to describe myself because it’s generally used only for women and I’m suppose to use adjectives that are more ambi-gender. I should say I was assertive.  (I just looked up the prefix ambi- and it only means two.  I need more than two genders now, gah.).  I was one of the last ones to arrive & I made everyone get up and switch seats because I wanted to be closer to my mother and I wanted the conversation to flow in a certain way.  Initially, my mother was seated at the head of the table which is the status location, but I wanted her mid-table so more people could talk to her.  I also wanted to split this whole fish with her. 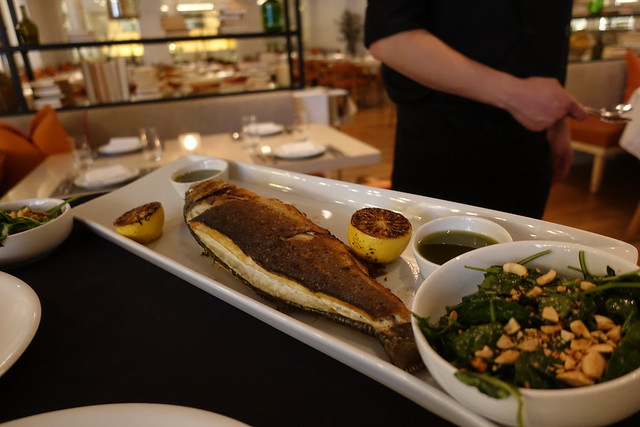 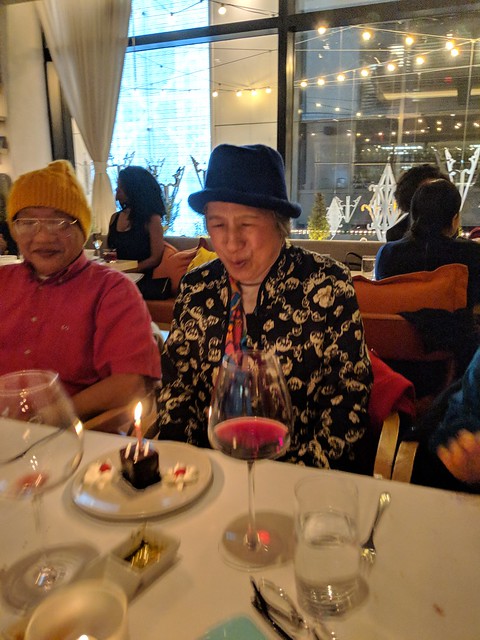 Outside the Louis Vuitton store. 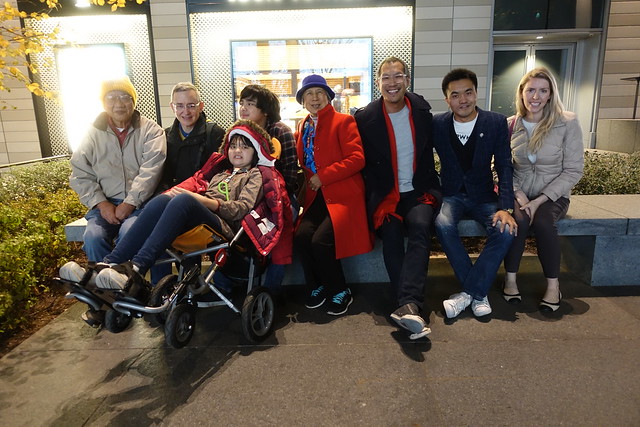 Seth & Emy arrived while we were at dinner.  Max freaked out and barked her head off as they entered without us with them.  We got them settled into Edda’s room and moved Edda into our room for the weekend. 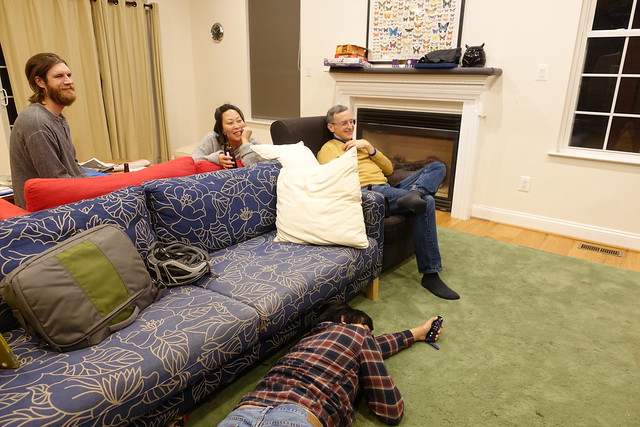