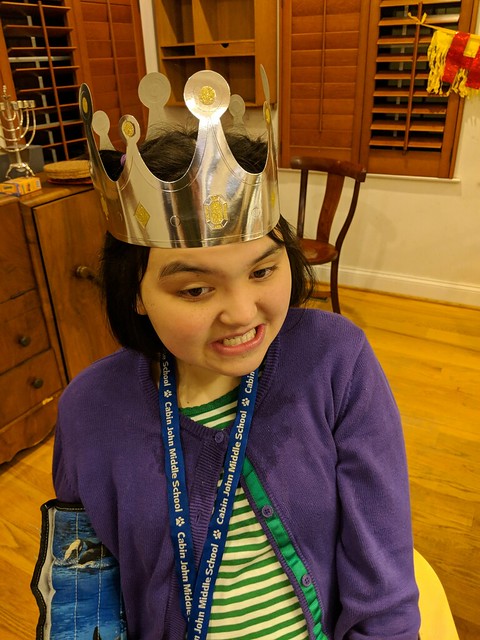 Birthday celebration tonight for Adriana, one of Edda’s caregivers.  I hired her from an ad I put on the nursing school Facebook page. I lucked out, she’s been great for us & great for Edda. She started working for us the same week she started nursing school.  Now, she’s almost done with school, one term left.  (aaaaaand, just to brag, I think she might also be #1 in her class in nursing school.  shhh.  don’t tell her I told you.) 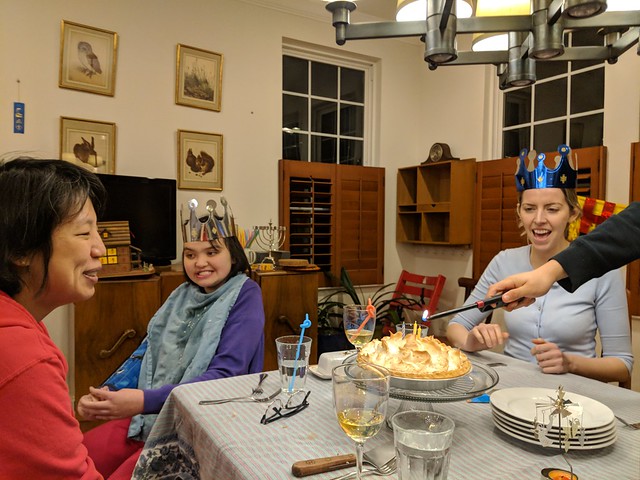 She said her favorite pie was lemon meringue.  I do not often venture into meringue territory – I spent most of Sunday afternoon making this pie.  I initially dreamed of making the crust – I had a bunch of friends send me recipes, but in the end I bought the crust.  The lemon and the meringue was enough of a challenge. 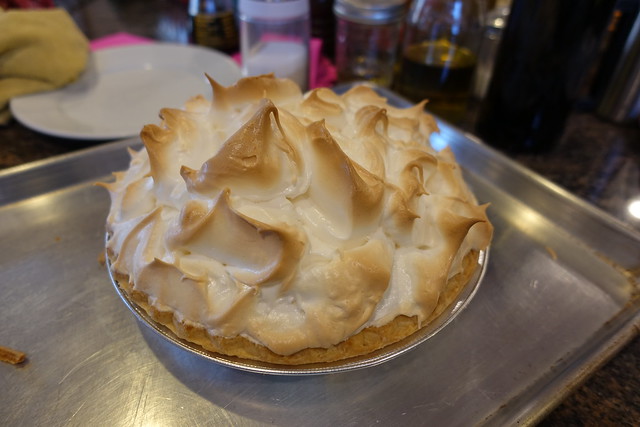 We are goofballs.  And Maxi joined in.