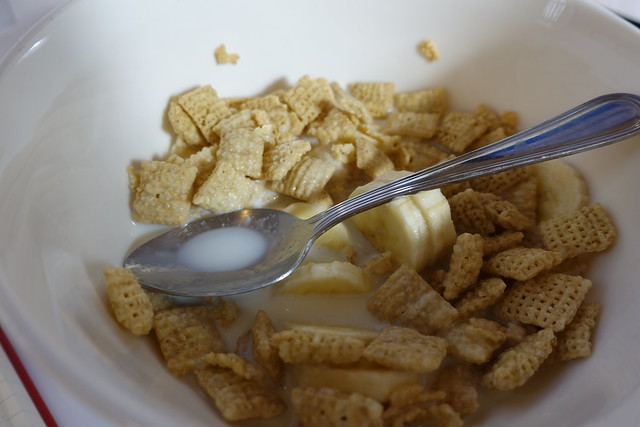 By Thursday, I realized that I was getting sick.  I was still hoping I was at the bottom and working my way back to wellness, but as I’m writing this on Sunday while in my pajamas and sicker than I was on Thursday, it was fruitless optimism.  When I get sick, I only want to eat carbs.  I think I had four bowls of rice chex and bananas.

Friday, my parents came over for takeout Chinese food. 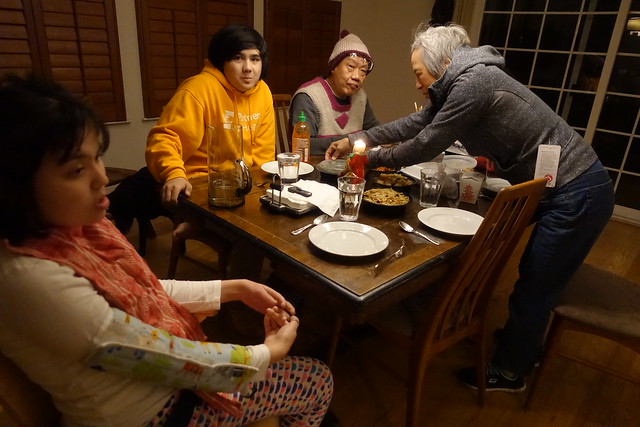 I spent Friday night with a hacking cough (it’s always worse at night) and woke up to Saturday full of social events that I did not want to miss.  It’s just impossible to set these social engagements up because of random schedules and I wanted to power through the day so it would seem like Jeremy would be home sooner.  (The last day of any business trip just drags, the trip could be three days or three weeks, it doesn’t matter, the last day is me going – OMG, when is Jeremy going to be home!?!  I can’t take this anymore.  (This was way worse when the kids were toddlers, it was only like this now because I was getting sicker and sicker…))

First, I took Edda to a special showing of Coco at 10 am.  This was a sensory friendly showing meaning that they play no previews, keep the sound a bit down and let the kids talk or walk around as much as they want to.  It was such a relief to know that I wouldn’t have to keep Edda quiet with a steady stream of popcorn and we both had a great time.  Coco was a good movie, not my super favorite, but I’m glad I went.  I bumped into Cata and Dominique at the showing and promised to get together in the New Year.  Free donuts and muffins! 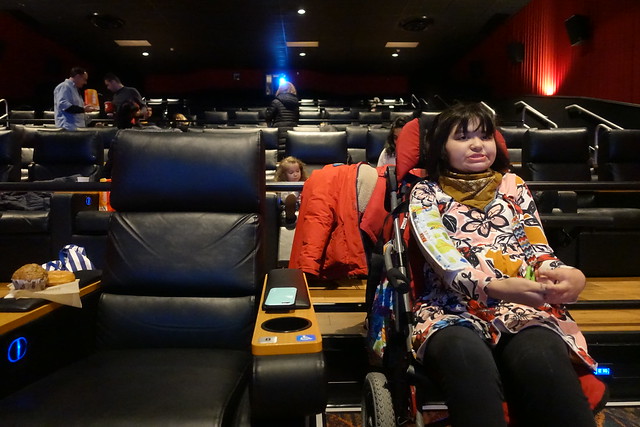 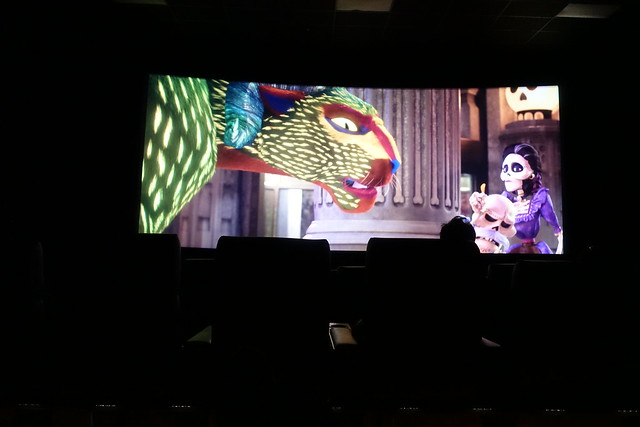 At noon, I went to lunch with Debbie at Costal Flats near Rio.  No photos, but I wanted to see Debbie because Magic (a good friend of Ruby’s) passed away the week after Thanksgiving.   Of course, Debbie is heartbroken, but Dennis relied on Magic to go on long walks and company during the day.  🙁

In the evening, after many, many, many attempts, we (the usual suspects) met at Founding Farmers for dinner. All of us!  On a Saturday night!  We are a goofy bunch.  If you can believe it, we also talked a lot about dogs.  Soojung got a service dog to help with Alice, but there has been lots of issues surrounding that! 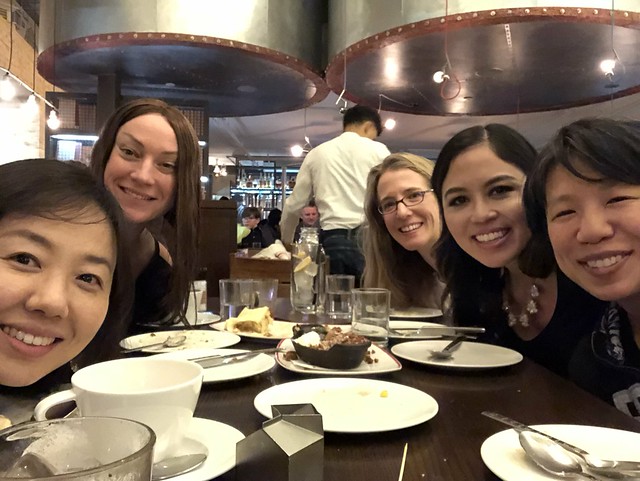 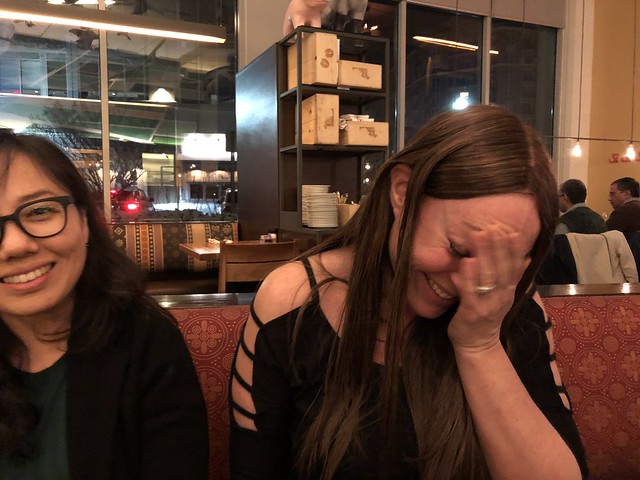 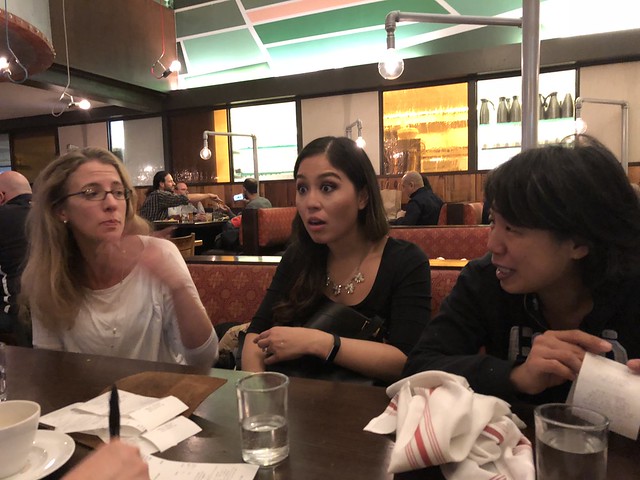 Back to dogs, Sweet Pea went home today (Sunday).  The only thing I got her to eat was a single chicken breast. 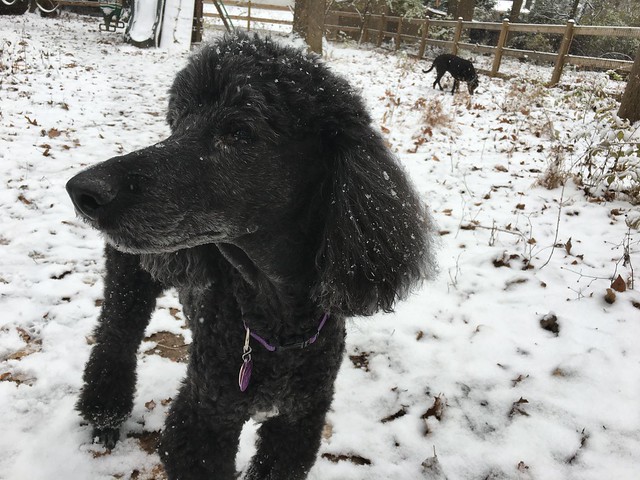 She slept next to me most nights.  Last night, Jeremy came home at 1 am and Sweet Pea growled at him!  Told him that he wasn’t welcome and that she wasn’t going to give up her spot on the bed for him.  We gave Peanut half the bed, we got the other half, lol.  The business trip went fantastically.  There was a talk that he gave on Friday that he was super nervous about that he worked on all week – woke up at 3 am being on EST while in CA and worked on it before the business day started and then kept on going into dinner on PST – long days.  The talk was slightly controversial and it was in front of many people he respects, which sends him into a bit of a stomach churn, but in the end, everyone was excited to hear his ideas and there will be forward progress.  Because he was operating on so little sleep and stress these are the things he left behind: a wallet at BWI, a jacket at a friends house, and finally a winter coat on the plane.  We got the wallet back, we should get the jacket back and keeping fingers crossed for the winter coat. 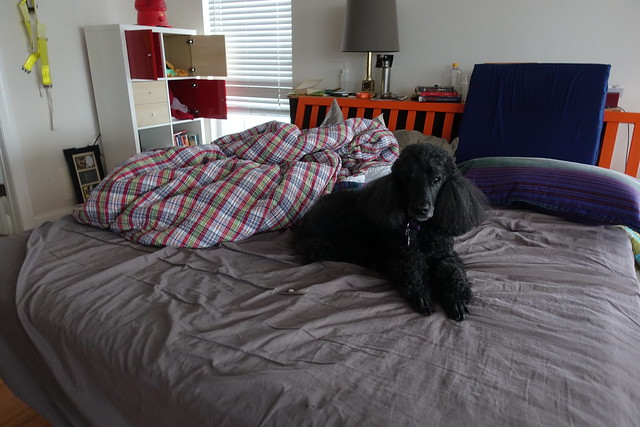 Between seeing Debbie (lunch Sat) and the Usual Suspects (dinner Sat), Arietni and Vince Chrismassed the whole house.  I was going to participate, but I was so tired, I napped for the few hours.  Extra thanks to Enti who worked an extra long shift on Sat and put up all the Xmas decorations and took good care of Edda.  Thanks to Vince who helped with the decorations and made dinner for Enti & Edda.  And thanks to Jeremy who came home to me and who now is coming down with a cold. 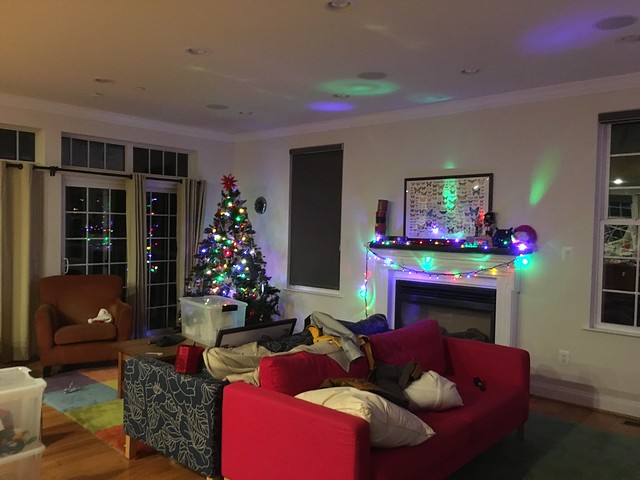