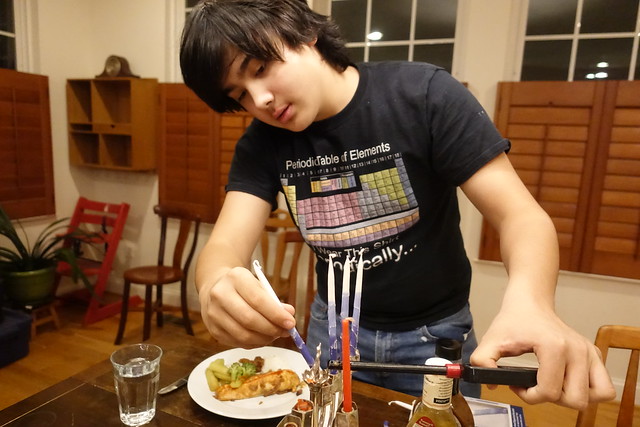 I was on the phone today with Vickey and I was telling her that Vince wanted to make beef Wellington for Christmas dinner and she suggested that we sous-vide the meat.  Sous-vide means to immerse the meat in a constant temperature water bath to bring it up to the correct temperature and so instead of having a gradient of doneness in the meat where it is more brown on the outside and less done towards the center, the whole cut of meat is all at the temperature and color of, let’s say, medium rare.  I laughed and said that beef Wellington involved coating the cut of meat with a mushroom mixture and then encase the whole thing in a puff pastry and then how could one possibly sous vide a beef Wellington?  She said to sous vide the beef first and then sear it and then encase it and then put it in the oven only for as long as necessary to cook the pastry.  She has a sous-vide machine and said it made the most delicious meat ever.  I was still skeptical – and a little unwilling to drive all the way to Virginia to borrow her sous vide-er.

But then we were talking about it at dinner and it turns out Adriana’s parents have a not-often used sous-vide-er and we had a brisket that we were suppose to make for Sunday night dinner, but didn’t end up making because there wasn’t enough time.  So we decided to borrow Adriana’s parent’s sous-vider and make the brisket for tomorrow night.  Just in time for the last night of Hanukkah. 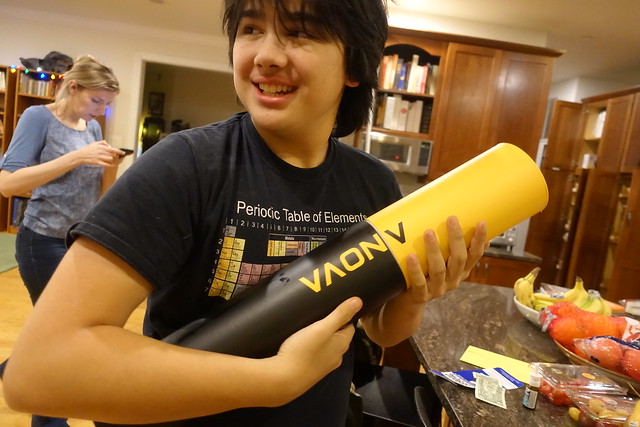 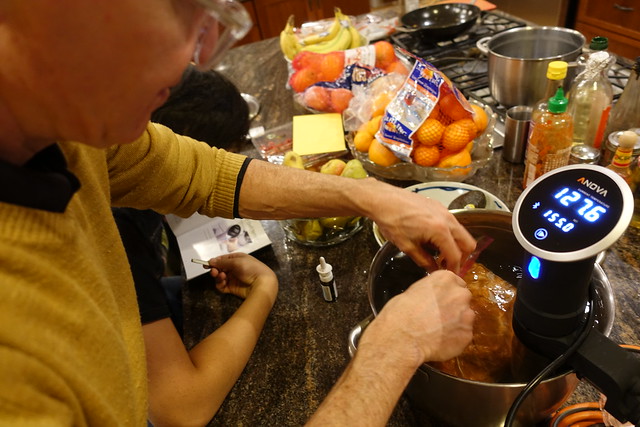