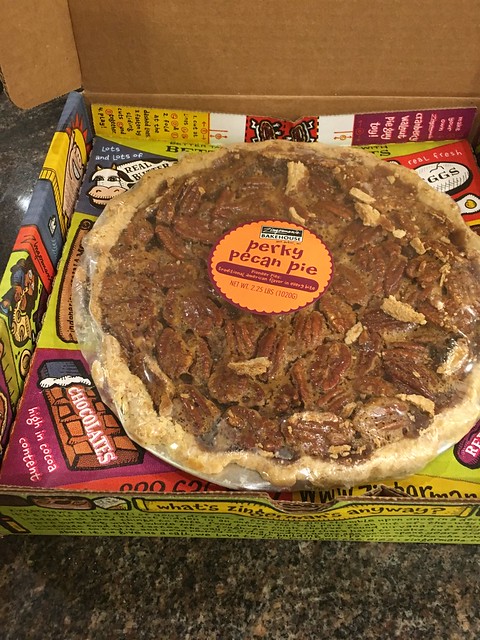 It’s been a long week.  Jeremy was pretty sick in the beginning.  I’m still working off my cold.   I’ve also been moody, so I start doing all the things that I know are not good for me, but feel good in the moment.  Like eating a lot of sweets, spending too much time in bed sleeping and surfing the web & not talking to people.  Not good.  But we continue on.  Sheila was nice to send a holiday pie – I was going to save it for Sunday night dinner, but I really couldn’t resist and I opened it on Thursday and started eating many delicious slices.  By Sunday night, there was about half of it left which we did serve to our Sunday night guests which was good because I weighed myself for the first time in weeks on Sunday morning and the scale definitely said that I was eating too much pie.

Friday night, I went to Adriana’s birthday celebration.  I met some of her nursing classmates who happen to also be personal trainers at a fancy gym in Bethesda.  I told them that I managed to do my first pull up a few months ago and they gave me high-5s and then I asked them what I should do next.  They both laughed and said, you can’t just stop at one pull up and then say you are done!  You gotta do two!  No, ten!  You gotta work up to ten.  Then after ten, you can start working on a muscle-up. 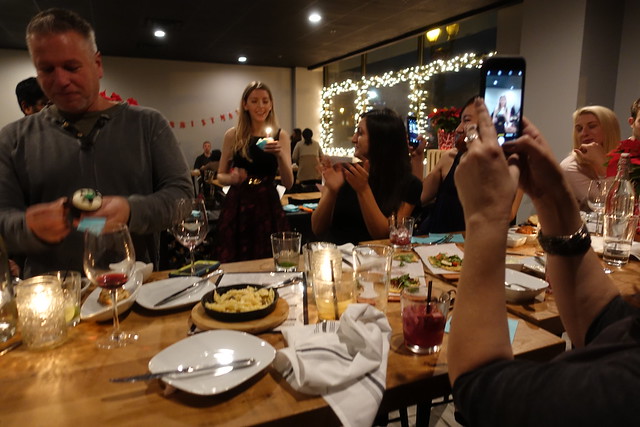 On Saturday, I spent the afternoon at Karuna’s with Vickey & Satya.  I made roasted beets – they were so beautiful when I first sliced them, but they dulled terribly when I roasted them.  They tasted yummy though. 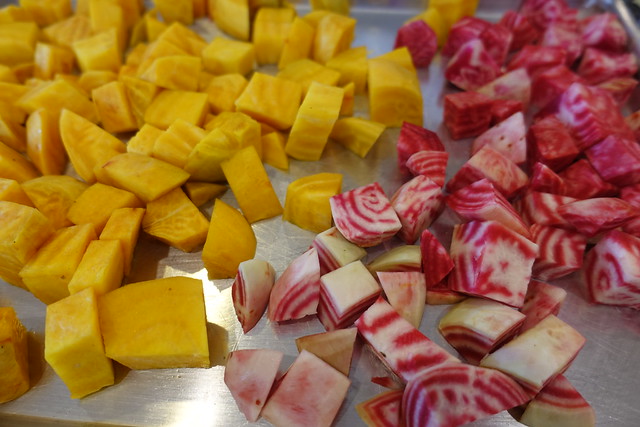 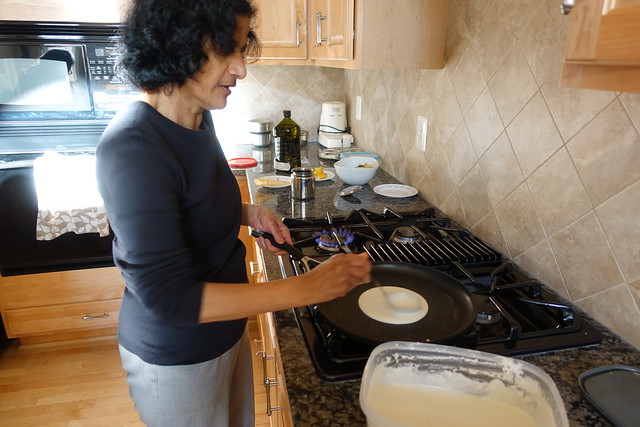 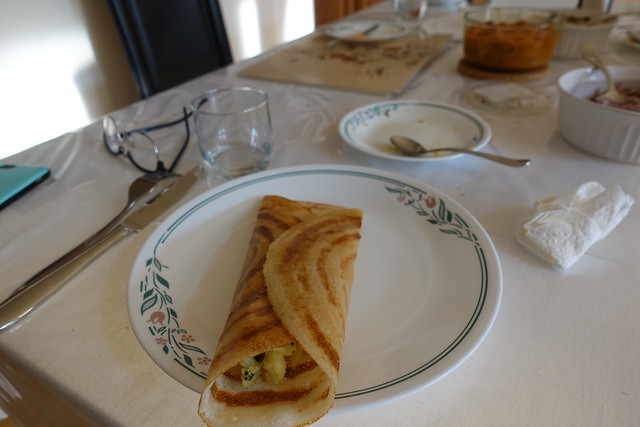 Jeremy spent the day on Saturday visiting Vidya.  We both got home at around seven and changed into Xmas outfits to go to Jen’s Christmas party.  I do like this party, but I was very tired from the day and so was Jeremy so we did not stay long.  Again, to manage this day, we had two sitters for Edda – Arietni in the afternoon & Adriana in the evening.  Vince had some friends over in the evening, he negotiated with Adriana to order pizza for everyone for dinner. 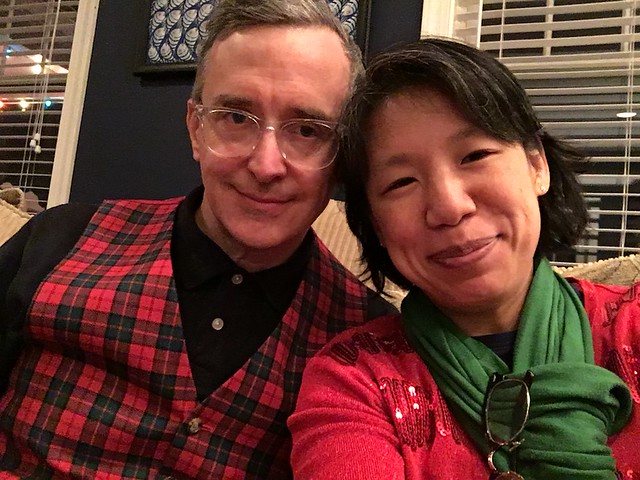 Sunday – Jeremy went on a long bike ride.  He hadn’t been on a bike in over two weeks with travel and being sick.  The kids and I spent the day being lazy. 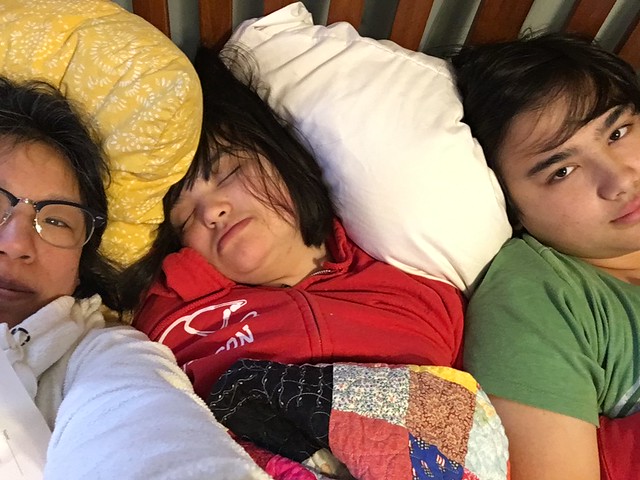 I made some challah. 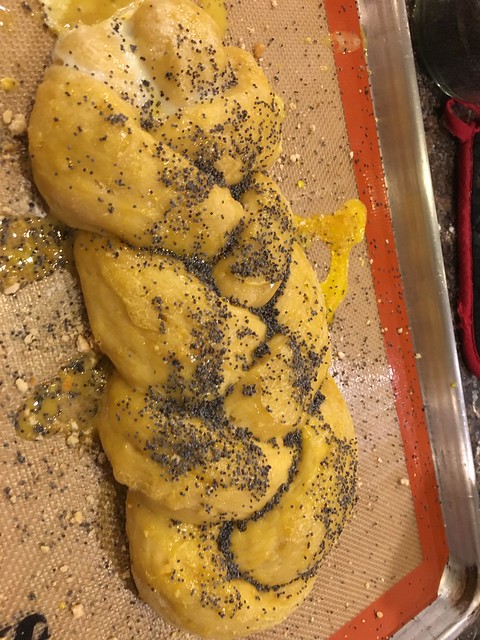 Jeremy made latkes.  He didn’t make it with bacon fat which is how we do it during the non-Jewish holiday time – like on a regular Wed night. 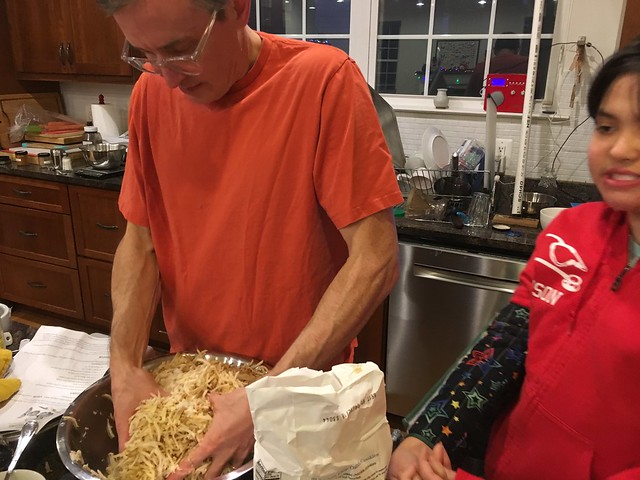