While we were out yesterday, Maxi got into the pantry and ate a whole bag of chocolate chips.  This meant that she was wired all night last night.  She couldn’t sleep, she kept whining, jumping on our bed, jumping off our bed, pacing our bedroom wooden floor with the steady (and annoying) click, click, click of her untrimmed toenails and we kept taking her out, letting her pee, hoping that the chocolate would make it through her system so we could all get some sleep.  She finally pooped around 4 am and finally settled into slumber.  And so did we.

This is such a nice photo of Vince, like he’s some grown-up or something.  Shocking to me.  I did end up taking the nursing gig for the small company that provides in-home care for dementia patients.  It’s not quite what I thought I was going to do, but it’s interesting to me in certain ways.  It’s way more case management than nursing skills (I may never learn to put in an IV), but it’s fine.  It won’t take a ton of time, it’ll be during business hours and I will be, in my mind, “of service” which is what I wanted from nursing school in the first place. 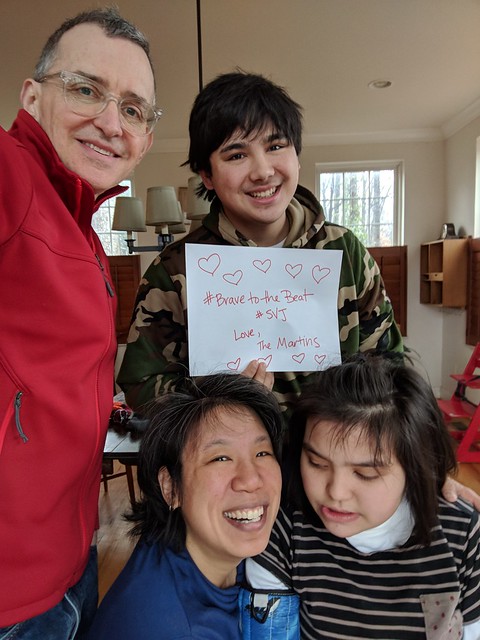 The whole family went out to lunch at Mission BBQ.  We originally wanted to go to Urban Hot Pot, but there was an hour long wait because we didn’t show up right at opening.  We so rarely go out as a family on the weekends, it was a little strange to be doing this outing. 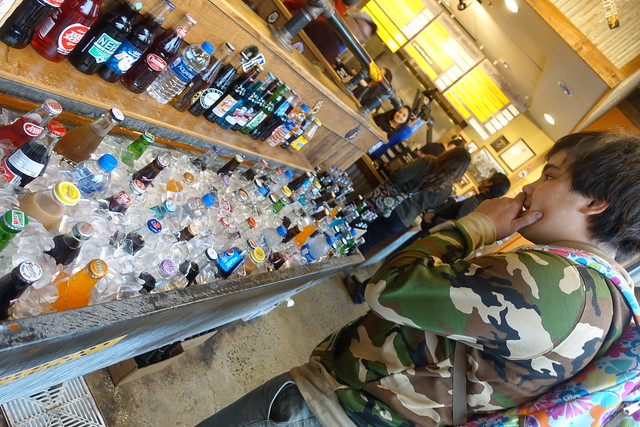 The food was quite good, but the ambiance was not my favorite.  Also, I could see that at the table next to us, a couple of 5 year old girls were making fun of Edda (it was a large party, the grownups were at the other end away from us, so the making fun was out of sight of authority).  I don’t mind when little kids stare at us, they are usually not doing it out of malice – they usually are just trying to figure it out which I don’t mind, but these little kids were making fun of Edda which I do mind.  I tried waving a friendly hello and then when that didn’t work, I wanted to slap them.  (I did not slap them!) 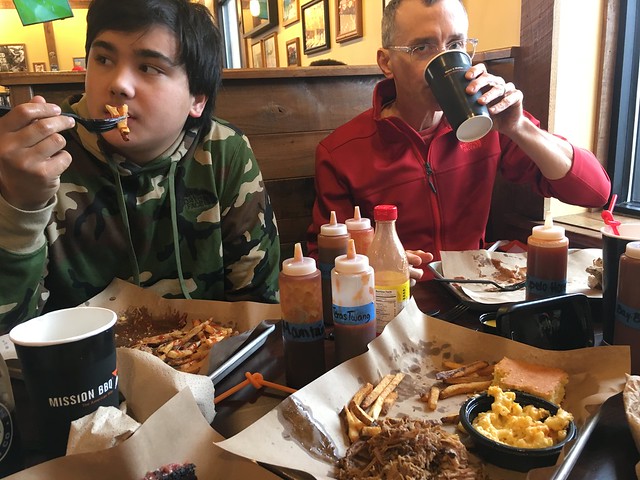 Vince drove us to Walgreens where then he bought a pack of gum. 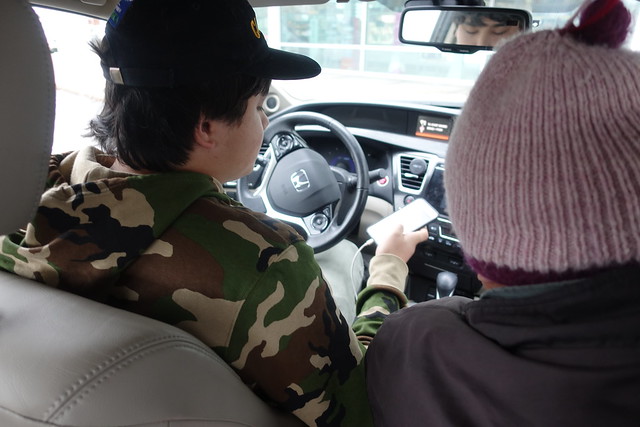