It’s almost 7 pm on Saturday night.  I’m with Edda in her bedroom thinking about breakfast foods for dinner (cereal? oatmeal? eggs? maybe a leftover birthday pancake?).  Vince is in his bedroom fast asleep.  He went to a sleepover last night and then got up very early to go to some science convention downtown so I suspect that he is low on sleep.  I hope he sleeps on through until morning…we will see.

Jeremy called early this morning concerned about my Friday afternoon blues, but it’s not bad.  I see that some of his photos have loaded onto Flickr and so I can tell you some the things he did in California this week.  He rode to the top of some hill with a rented commuter bike which was his biking workout. 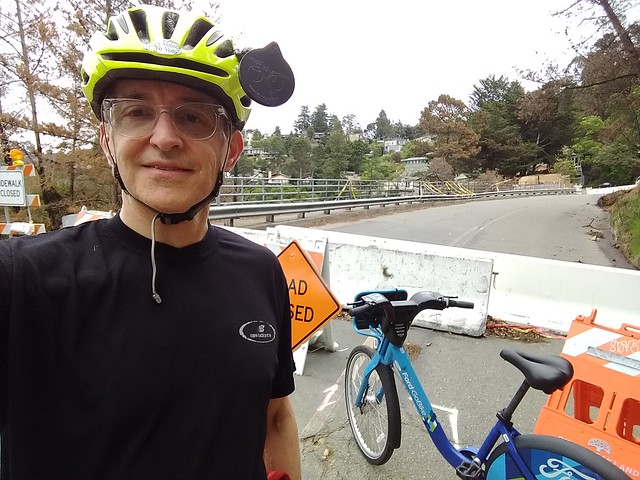 And he traded affectionate kisses with Linus the pug. 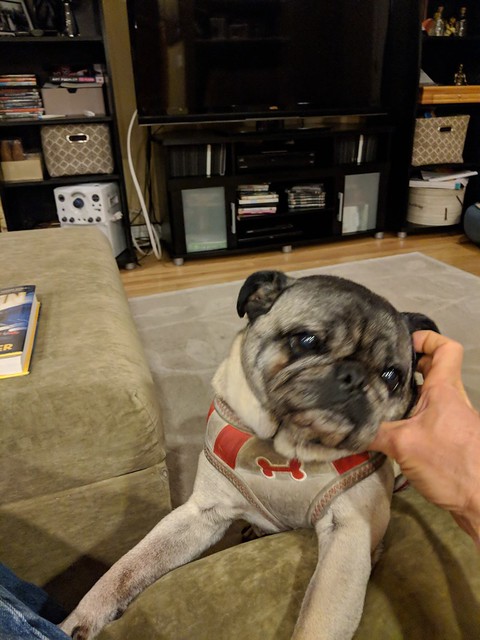