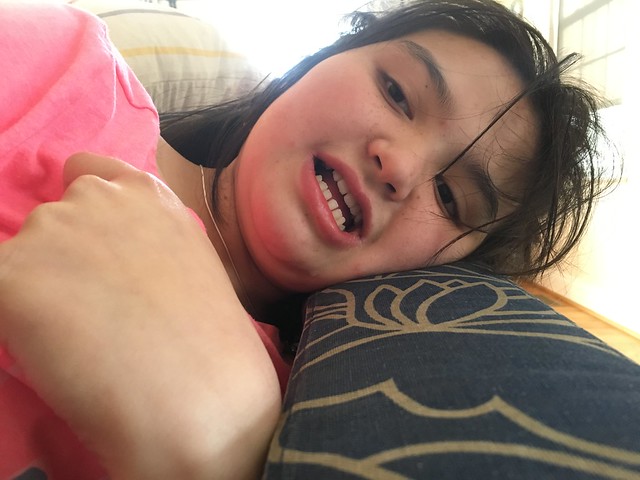 I picked up Edda from after school camp on Friday afternoon and settled her onto the couch where she seemed to relax happily into the weekend.  I arranged for Ning to care for her in the evening so Jeremy and I could go together to Vince’s spring play.  There were two murder mystery plays: The Real Inspector Hound by Tom Stoppard & Murder in Black and White. 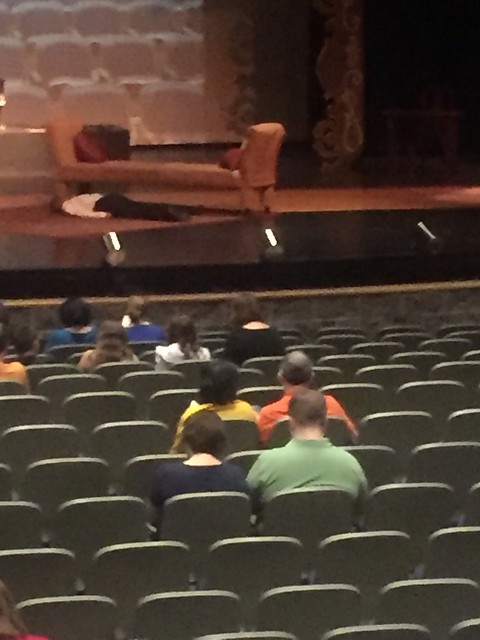 I did not understand the Tom Stoppard play.  I mean, I kind of got it, but I had to read the wikipedia entry afterwards to understand some of the minor points.  Vince came down at intermission to say hello. 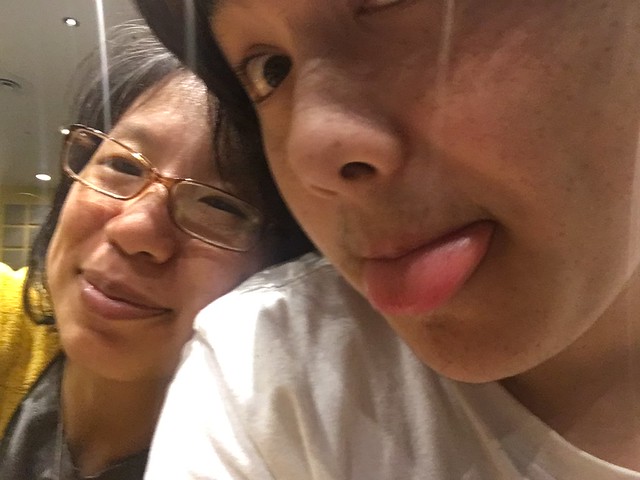 Here’s the lighting crew!  Somehow Vince is in a sleeping bag?!? 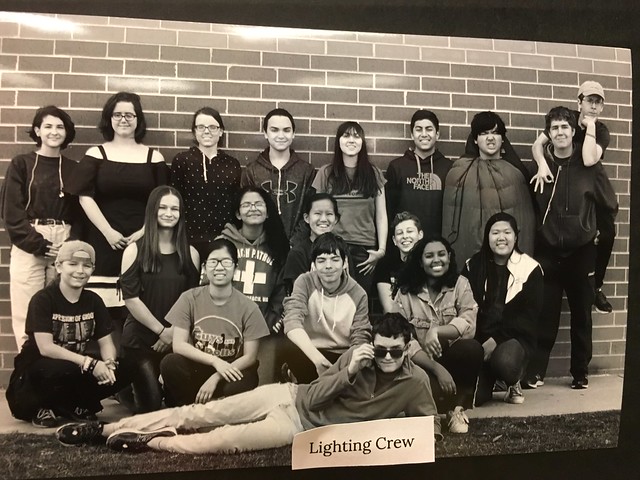 One thought on “Home, play, bald.”