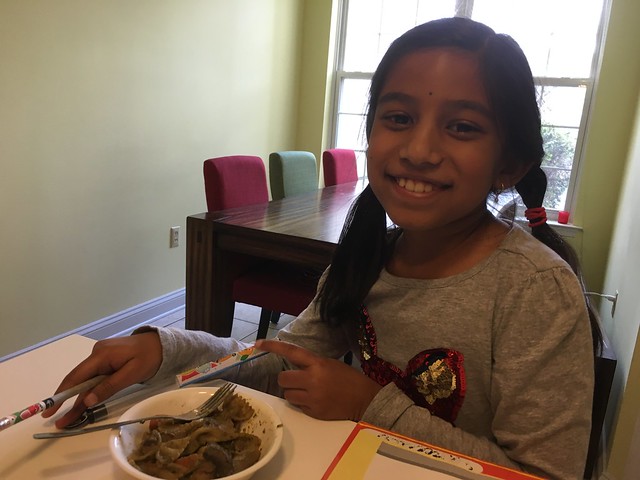 I spent Thursday driving up to Philly to see Vidya who moved home about a month ago.  I had been seeing him in downtown Philly where he was in physical rehab getting all his PT, OT and SLT and that drive was 2 hours door to door.  I vaguely remembered their house to be “45 min” away from the city, but somehow in my head I decided that it couldn’t possibly be 45 min directly north of the city, but it was.  Instead of the regular 4 hour round trip, it was 6 hours round trip which is fine, but unexpected when I got into the car, turned on the ignition and set google maps to their address and went – oh crap!  I’m going to be an hour late.  I stayed about 6 hours (ratio of car driving to visit = 1) and it was nice to see everyone back at home and to see his daughter Akshara since I hadn’t seen her in a very long time.  We talked all things smencils (smelly pencils).

The long car ride did nothing for my legs. I’ve been nursing a hurt left hamstring since January which is not a big deal in the grand scheme of things, but is a literal pain in the ass.  Since then, sometimes I can run fine and it’s just a little whisper of soreness, sometimes I run worse.  This is a running worse week and I kept putting off and putting off the workout for the week and then my hamstring ached and bothered me through the whole car trip on Thursday.  I was not optimistic.  But on Friday, it was a beautiful day, I had time to go to the canal to run the workout and I woke up with my leg feeling pretty good (though I couldn’t quite decide if I’m coming down with a cold), I thought it would be a good run.  But, it was – as Vince says – mediocre in terms of meeting the workout parameters that Paul had written because my hamstring was still not cooperating after a long warm up and I couldn’t turn over my legs enough (I blame the car ride for that), but it was excellent because it was gorgeous on the canal, I’m not quite sure I’ve ever seen it more beautiful.  I am more partial to fall running, but this spring running is also quite fine.   I ran into (haha. not literally) into bird watchers staring into treetops and I stopped and looked in the direction that everyone was staring at and I could not see anything.  Nothing.  So then I scooted over to one of them and asked what they were looking at and he said – oh! we are looking at (insert bird name here that I’ve forgotten) flitting around this area, they are far away, but up close they are quite striking.  And then he proceeded to sing their song for me and said that he was looking for the male.  I’m not sure I’ve ever had anyone sing a birdsong to me before. 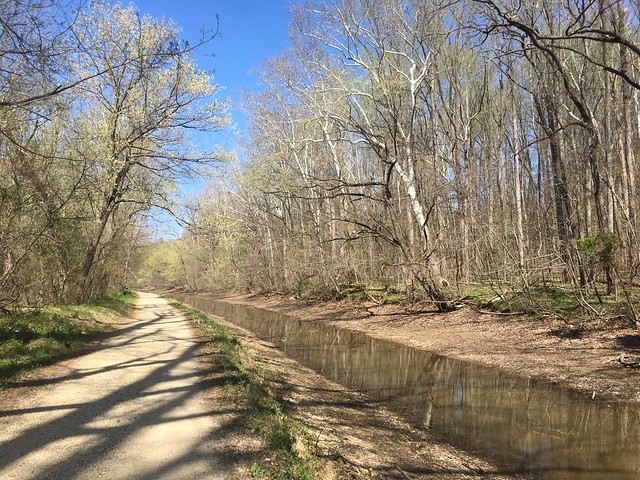 Now it’s Friday night.  The boys are off hiking the AT and left the house right around 6pm.   In some weird turn of events, Vince is coming home on Saturday night to go to a party, but Jeremy is staying on the trail and sleeping on the cold ground in a tent.  Jeremy was like – how come I’m the old guy and I’m the one not sleeping in my bed?  Edda’s watching Nemo.  I’m watching Cheer Squad on Netflix. 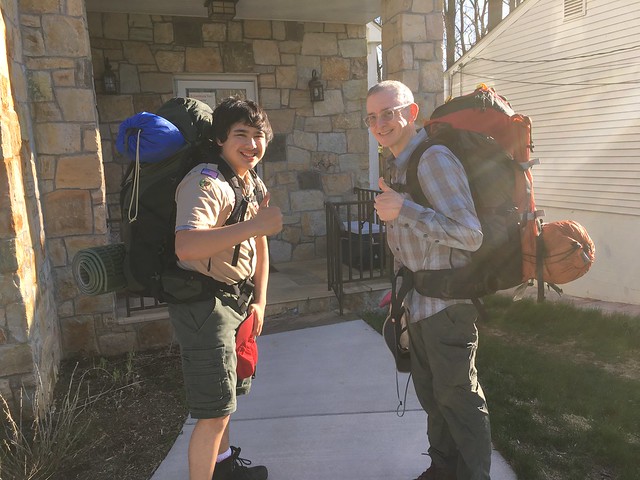