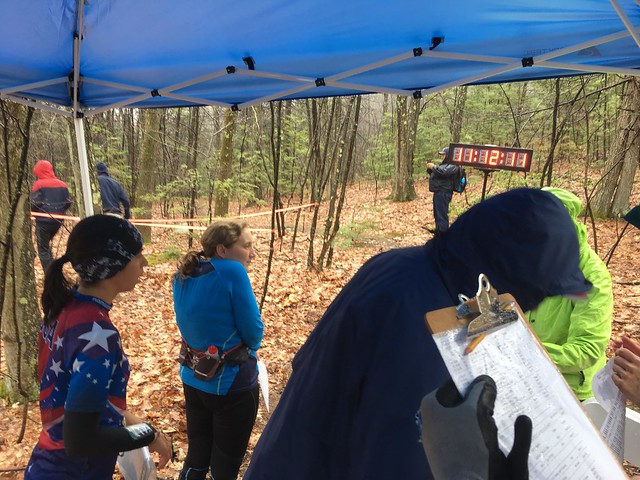 Sunday was the 2nd day of the orienteering meet at Mt Tom in Holyoke and Vince, Edda and Jeremy drove in from Bard in the morning to meet me on top of the mountain.  It was pouring rain and about 40 degrees and I was not excited about being outside (the photo does not begin to show how wet and cold it was), but Vince and I both honored our start times and went around the mountain getting ourselves totally soggy.  Neither of us finished our courses (I really had to quit after about 90 minutes, I had had to wander ankle deep through two streams and my feet were soaked and I was totally lost) and about two hours after we began, we were back in the car with dry clothes and headed to Korean food. 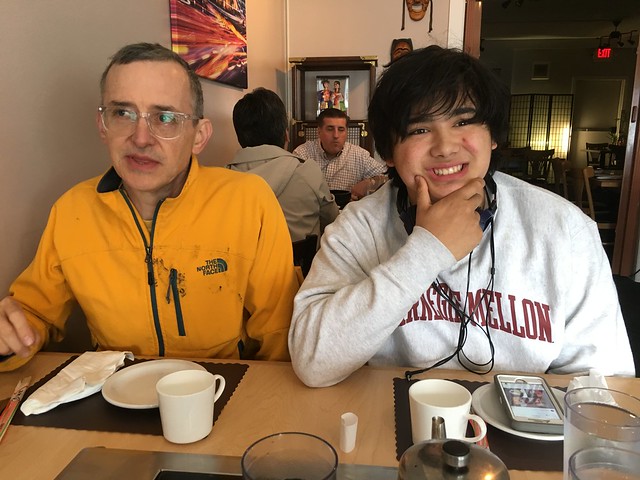 After lunch, we split up, Jeremy took his bike (and the minivan) to Cape Cod with him on his business trip and I took the kids in the Civic back home. Six hours!  I’m driving so much these days – it’s not a skill I think I possess. I like to think that I never drive.  I can count fewer than 10 times I’ve ever driven Jeremy around in a car.  I hope Vince is a competent driver soon so I don’t have to drive him around anymore.  The first 30 minutes I was sleepy (I think it was the postprandial redirection of my blood to digestion), but afterwards I felt great the whole way home, I commanded the radio so I listened to all the teen pop music I could with Vince going – OMG mom!  Really?  This crappy song? 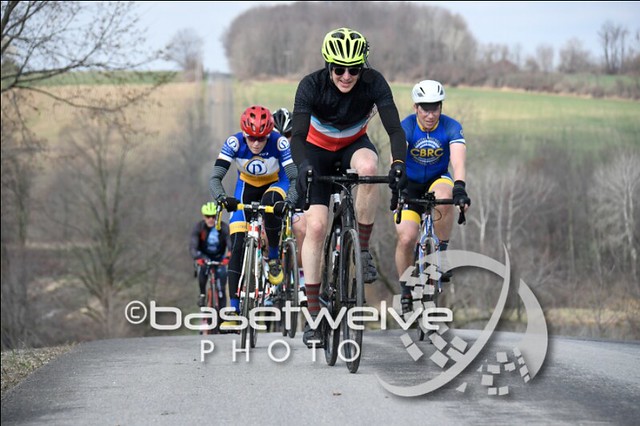 Wet pile of clothes when we got to Rockville at 10pm.  Then I found out Maxi bit another dog while we were away and we are out $300 for the vet bill.  And then I found out that Jeremy forgot to pack critical parts of the bed rail in the car so I had to move Edda’s whole room around so that her bed was against the wall and then put the couch in front of the exposed side.  Vince was helping me and asked – wait, didn’t you guys not have rails for a long time?  I said, yes – those years without bed rails were years where I got up every night at 2am and got into bed with Edda and she slept with her head in my armpit.  I do not want to have one of those nights.  I want a full night’s sleep by myself in my own bed and then I made him lift the couch into Edda-protecting position. 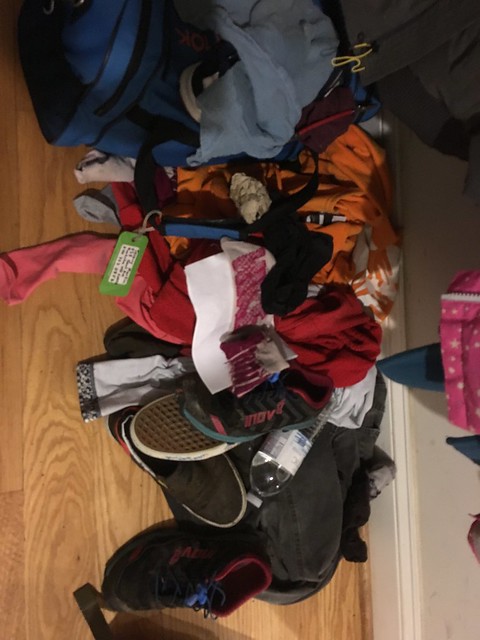 I’m exploring the rock climbing gym in the neighborhood and wondering if I could learn to rock climb.  I took a lesson last week (and got a two week pass) and now I’m checking out the gym.  So different from the gym at the Rockville Swim Center.  I’m not sure I like it better, it’s just different. They have a slack line which is exciting and a treadmill with a wood-like belt. Certainly the clientele is different.  I don’t think that’s true at my other gym.  I’m still using my crazy tights from Soojung’s mother. 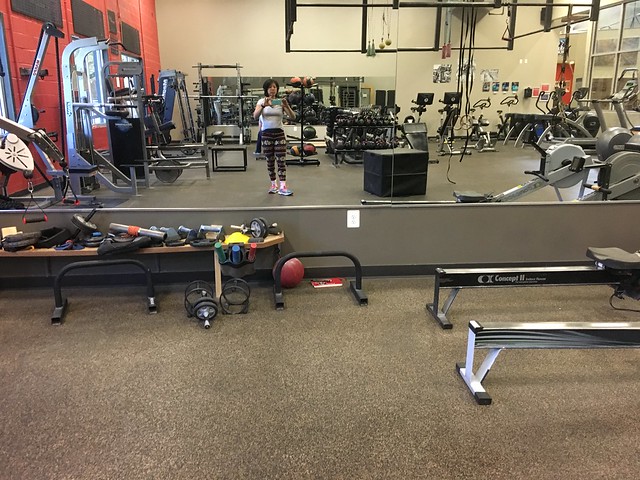 Time to mow the grass.  Crap. 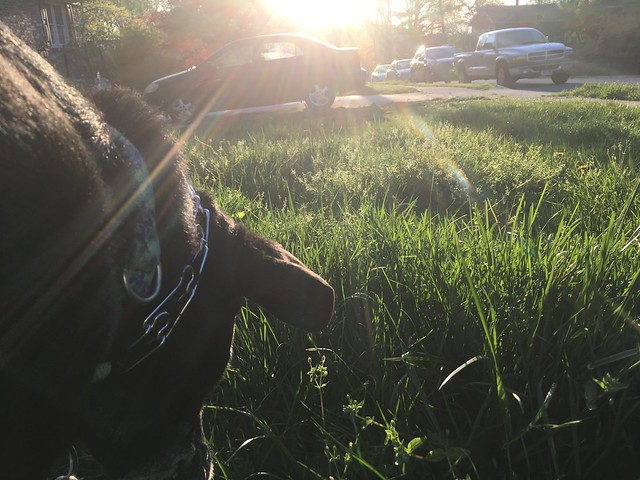