I miss Vince more than I thought I would.  Every few minutes, I want to knock on his room door and tell him something, but then I remember that he’s not home.  I’m ashamed to admit that it is because he’s out of cell phone range, so I haven’t been in touch with him since I dropped him off on Wed.  When he was in China last summer, he texted/called daily with updates and fun stories.  It’s funny how Virginia can feel farther than China. Jeremy went out on Thursday morning and bought a Verizon sim card and FexExed it to him (even paid a few dollars more to have it delivered on Friday am), but we haven’t heard anything from him yet.  We don’t even know if the package got to the camp because Jeremy promptly lost the tracking number.  We spent a few minutes last night looking for the receipt, but it was nowhere to be found.  I did email the main counselor person (who has cell service) to keep an eye out for the envelope, but all I got in response was a quick “will do!” and nothing else.  We can see on Google maps that Vince was in the nearest town last night with cell service, but he didn’t text us!  Oh well.  I’m sure he’s trying to rescue his Snapchat streaks or whatever kids do these days… 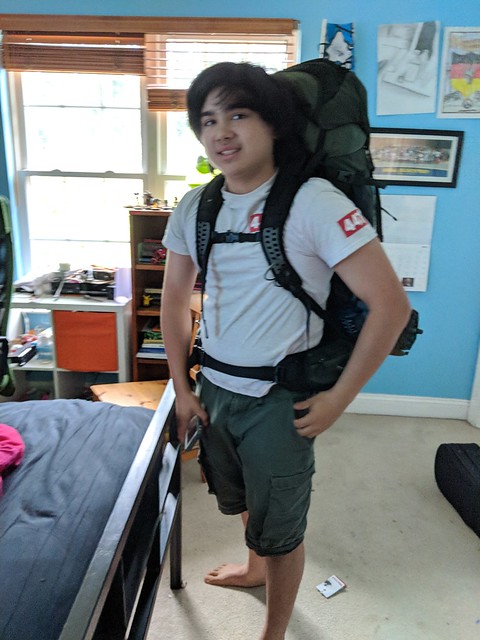 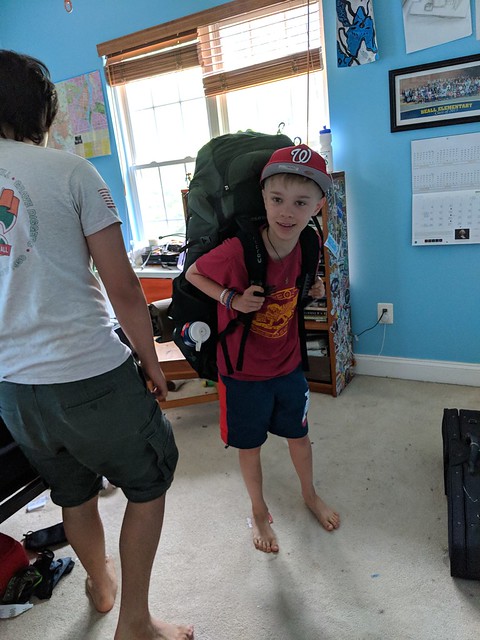 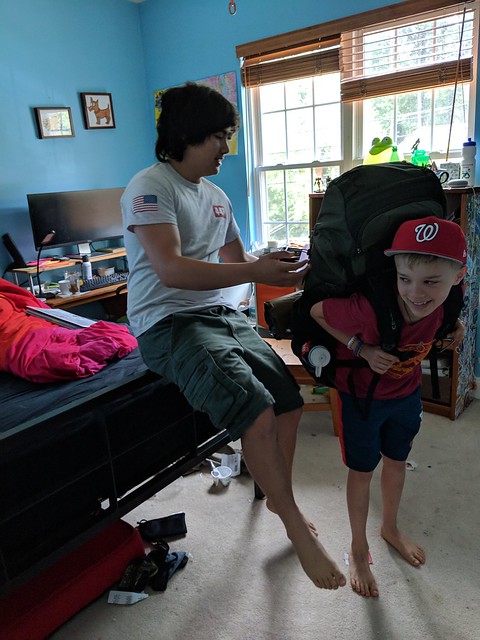 While I was dropping Vince off at camp, the boys went to Mt Vernon and spent an incredible 5 hours there.  Then they looped to National where they picked up Johanna in the early evening. 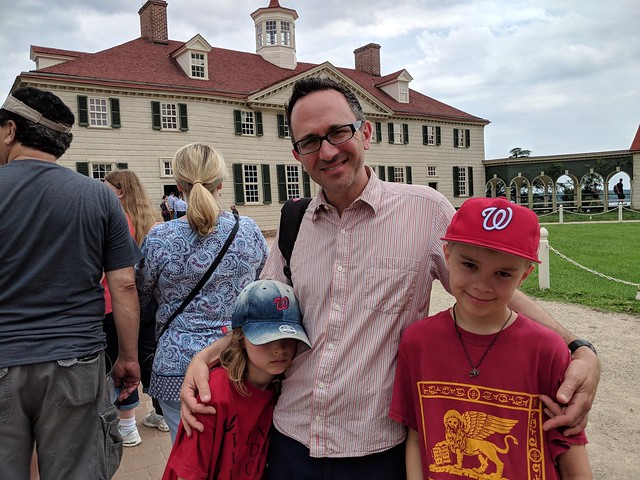 Thursday was the only full day with the whole Westeson family.  Johanna really wanted to go to the African American museum, but because it’s so new, it still has timed ticketed entries.  We still haven’t gone yet.  If you go on the website right now, they are ticketing for October, 2018.  But every morning at 6:30 am, they have a limited number of same-day tickets available online.  Jeremy managed to get 4 tickets for 3:30 pm.  Jeremy drove them downtown and went paddle-boating with them in the early afternoon before the entry time.  Though they could see all the monuments, it was very hot and they were there mid-day, so it was a challenging outing. 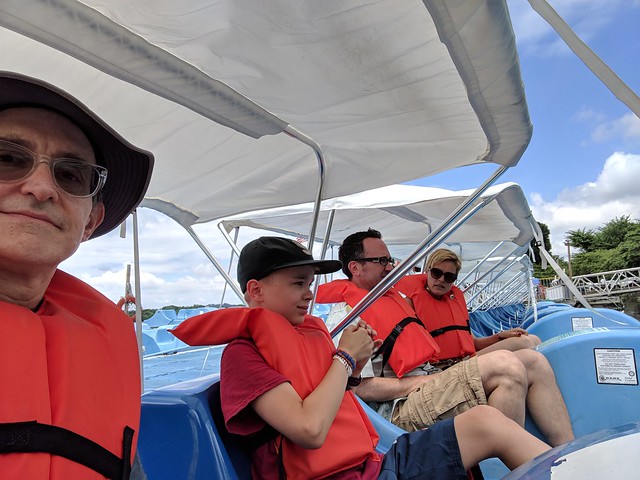 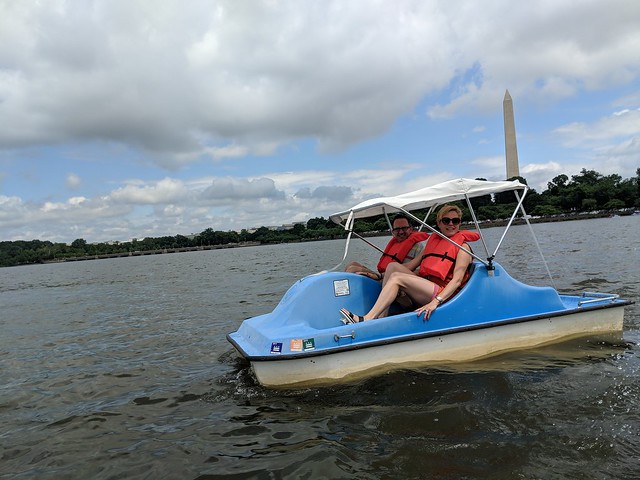 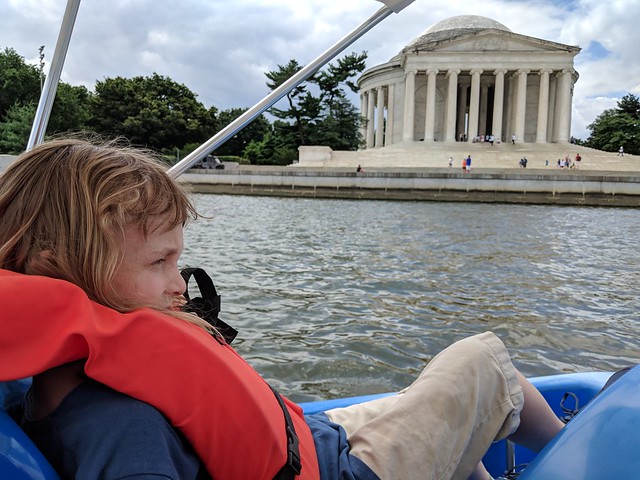 Thursday night we had takeout Chinese and Friday morning, everyone packed up and Jeremy drove them to Baltimore to catch a flight to Phoenix to see Kiki and Kappa in New Mexico.  I always wish (as with everyone I love to spend time with) that they were closer and we could seem them more often.  I think there is much to be said about daily/weekly low-key interactions for becoming close to a person.  I have only sisters by marriage and I wish I could spend more time with all of them!  We are planning on seeing them in Sweden summer of 2020.  There is a big world orienteering meet then and Ruben just took up orienteering and Sweden is the center of the orienteering world, so that’s the plan.  I hope to come in respectably last and not embarrassingly last as I’ve been doing the past few big meets I’ve done.  That is my goal.

I wanted to thank Adriana who was Edda’s companion this whole week.  She worked more than 40 hours and allowed us to be incredibly flexible with each day’s plans.  Edda came to the climbing gym (to watch) and to the conveyor belt sushi lunch (to eat), but to almost nothing else.  It was very hot this week and having Adriana work meant that I didn’t have to take her on my 12 hour odyssey to non-cell-phone camp, nor did Edda have to brave hot weather and long museum tours.  Edda got to go shopping for summer shorts in an air-conditioned mall, Adriana studied a lot for her nursing boards.  Ning also stepped in to cover the baseball game on Tuesday night because Adriana had an unmovable commitment.  It meant that Jeremy and I could squeeze in the tiniest bit of work & exercise that needed to be done during bits of found time during the week.  Thank you, thank you, thank you. 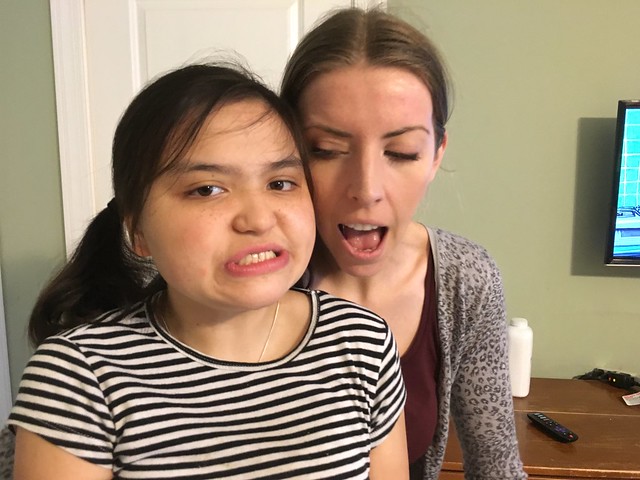