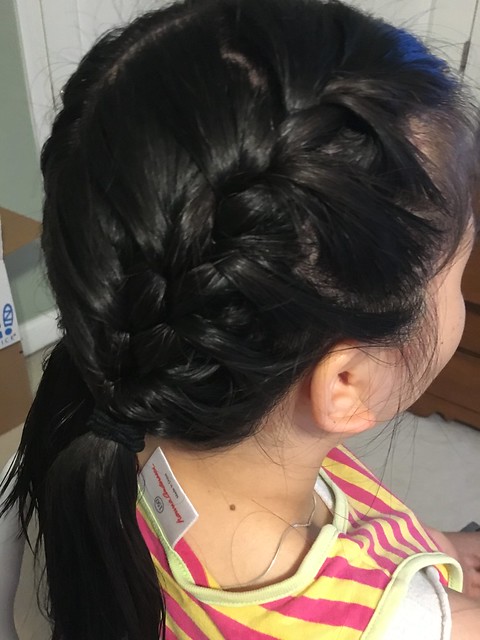 Vince and I tackled my parents’ weed patch.  Got cited by the HOA this past week. 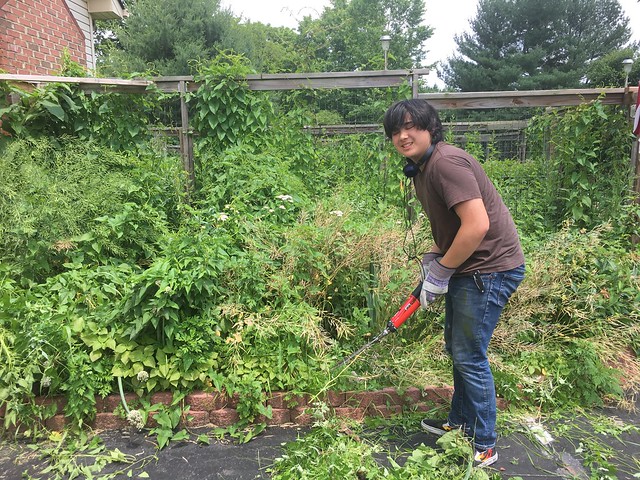 I’m not sure it looks better. 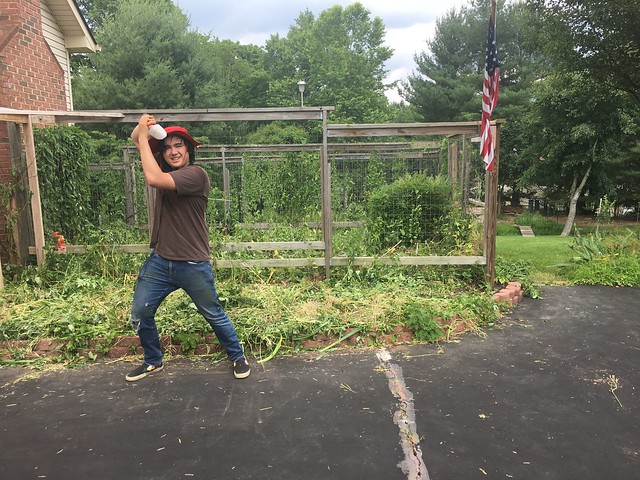 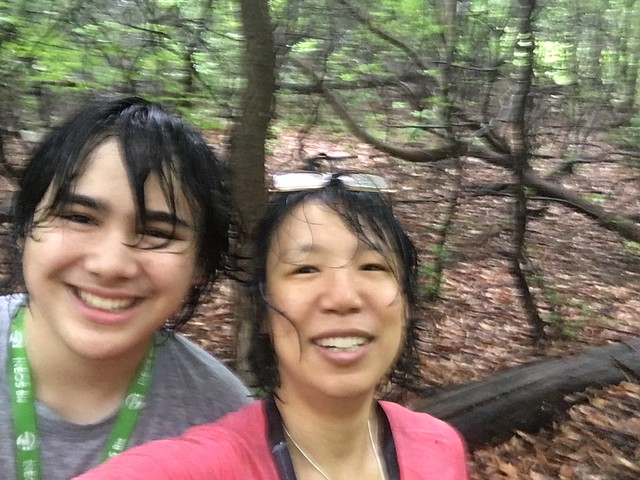 This was the last woods orienteering of the season, Vince didn’t go last week – he promised to go this week.  I know he doesn’t want to do this, but he indulges me.  I had to arrange for Kitachi to come and care for Edda.  Initially, I was going to take Edda and have her do the beginner course with me, but the beginner course had some stairs in it and I didn’t think Edda & I could manage that.  And, it was pouring, pouring rain which I can’t subject Edda to.  Vince and I were going to do different courses – him an easier one, me a harder one.  But it was almost a mile of hiking to the start of both courses on a trail that had turned, in the downpour, into a minor river and he was flagging.  Complaining about not feeling well, of his back hurting, etc.  Saying that he just wanted to go back to the car and wait there for me.  I urged him to start his course, that I would help him find his first control.  We walked around for 20 minutes and couldn’t find it.  It was slippery, still raining and his heart/head wasn’t in it.  It was clear then to me that no one was going to complete any course and that we should just try to keep the mood light and the outing happy.  We had different maps, but we decided to stick together and use the maps in an overlapping manner to try and find a hodge-podge of controls, all out of order, but in the order that we might stumble on them.  We at many points asked each other – you’re navigating, right?  I have no idea where we are and then the other person would say – no, I’m not navigating.  I thought you were navigating.  And then we’d stop and look at each other and then try to look at the map and figure out where we were. 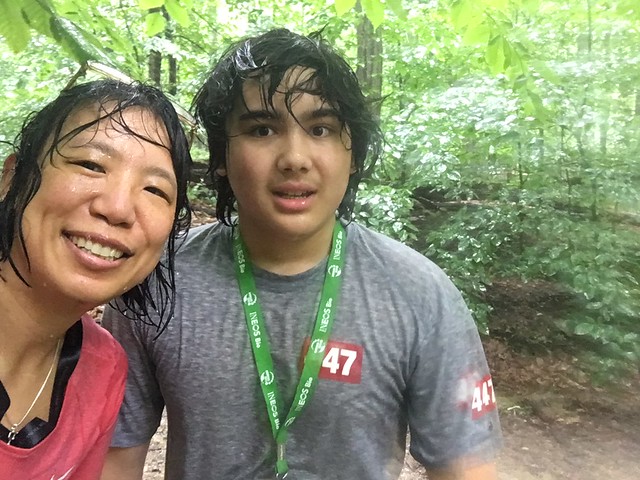 Jeremy, on the other coast, is enjoying absolutely perfect weather on a bike ride up Mt. Diablo. 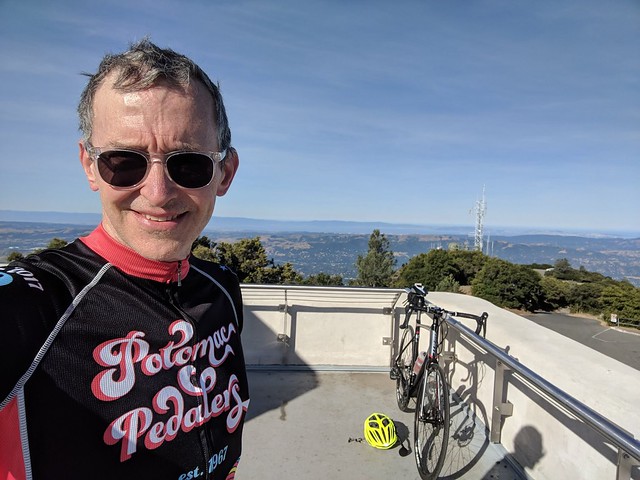