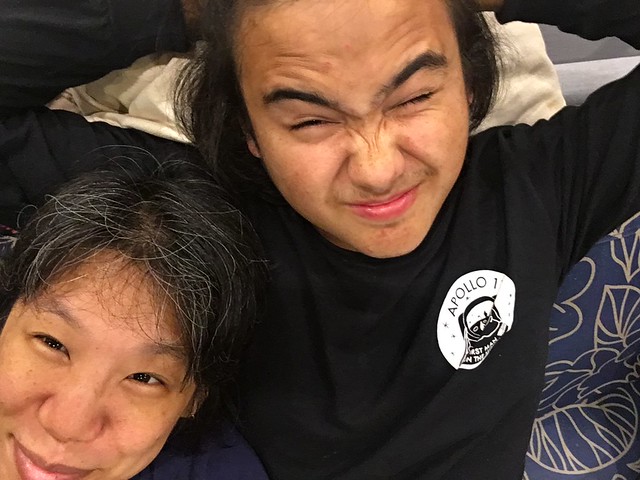 Vince who once told me (when I suggested that he might think about going to a liberal arts college) that he hates reading books needs to read a book this summer for his English class.  The suggested list from school included: Unbroken, The Omnivore’s Dilemma, Stiff, Salt, Nickeled and Dimed, but it also said if you didn’t like any of the books, you could choose any book from the NYT non-fiction best seller list.  Vince chose Unbroken, a selection to which I groaned and said it was boring and long (though I did finish it) and that, for a person who doesn’t like to read books, it was a hard one to start off with.  I told him he should read Into Thin Air, a quick, exciting easy to read book.  He resisted.  He said he liked WWII stories.  I told Vickey (my partner in my two-person-book-club) that he chose Unbroken and she groaned (Vickey is not only a polymer person, but she was also thinking about becoming an English major and likes reading and grammar) and I shoved the phone next to Vince’s ear so Vince could hear that Vickey agreed with me that it was long and boring and she said you have the whole running story, but then you have two more stories, the stranded raft story and then the POW story. So long!  Vince said – I’m invested in Unbroken, I’ve already read 8 pages!  I shoved Into Thin Air into his hands and said, try 8 pages of this.  He said, I don’t even care about mountain climbing.  I was still unsatisfied. What book can I give Vince?  This morning I realized I needed to buy him Kitchen Confidential.  I drove to the B&N, so I’d get it even faster than Amazon prime (we are counting down the days until school starts, I didn’t think we could afford even a day without this book) and paid full price and handed it to him and I think this one will take.  I told him it was about restaurants and had curse words in it.  I think he’ll be happy with it.

Vince made dinner last night.  He followed a recipe from a youtube channel that, when he showed it to me, was mildly offensive if incorporating a fake accent is offensive these days.  Fake accent aside, it was delicious. 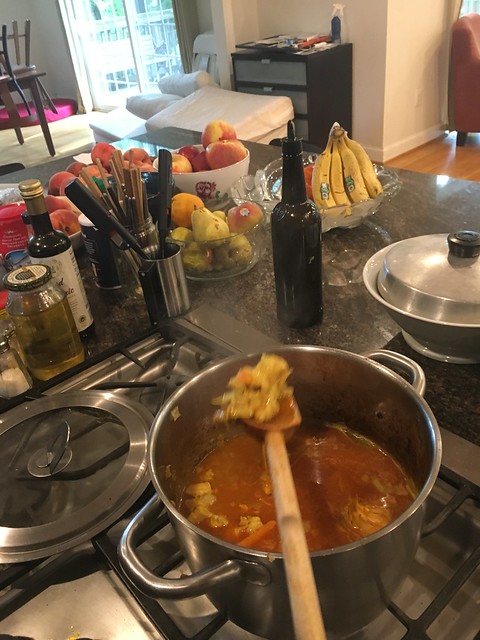 Vince has been wearing his hair like this (he calls it full palm tree): 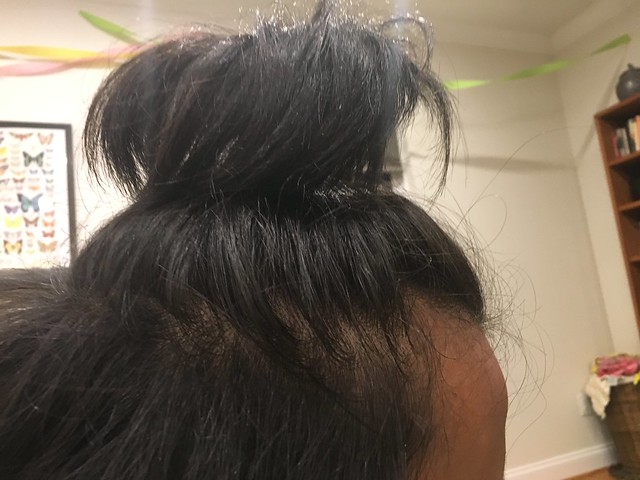 He’s trying to get a job at the local ice cream parlor, so I insisted he couldn’t go to ask about the job with his hair in full palm.  I had to make it neater (you are working with food!) by brushing it back and making it smooth and even.  Jeremy was like – you are being ridiculous, inflicting on Vince a middle-aged vision of what a man-bun should be.  I said, of course I am.  You can’t get a job with a messy man-bun. 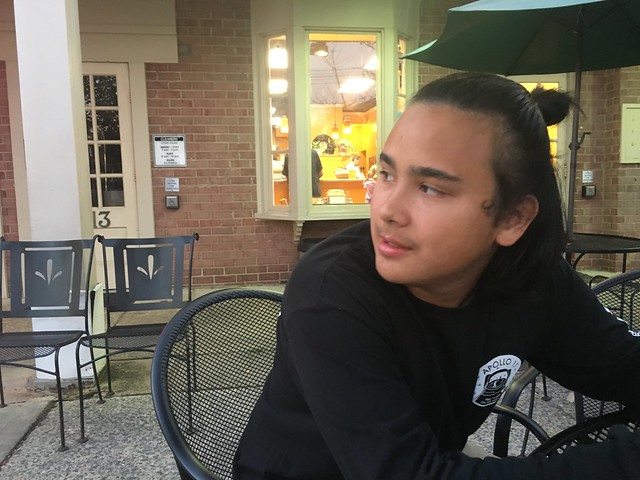 Vickey and I finished The Sixth Extinction.  It’s so helpful to have a reading partner because I’m always racing to catch up with her.  She hasn’t managed to lap me yet, but I see it coming in the near future.   After the Sixth Extinction, we were suppose to read Watership Down, but she found out that Bel Canto is going to be released as a movie in the fall with Julianne Moore as the lead and said that she’d try to squeeze in the book while I’m terribly busy, but I loved, loved this book and so I’m trying to catch up and refresh my memory. 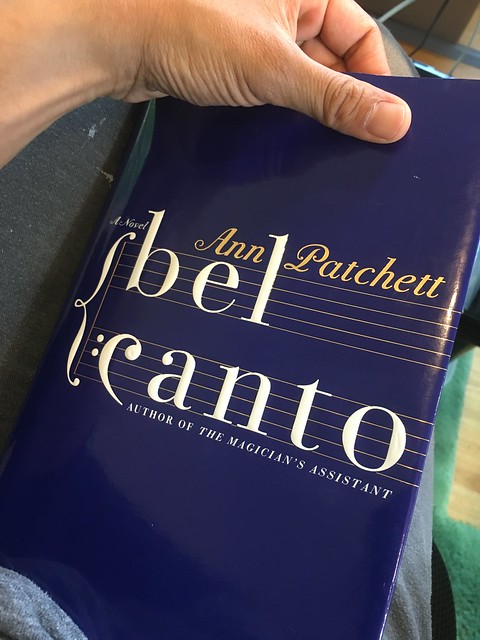 I’m at the hospital this weekend.  I’m trying to not be scared.  I spend some extra effort managing my energy during my days away from the hospital to slide into the hospital work days refreshed and not stressed.  I’m doing it by really honoring the part-time ness of my primary job and not working extra hours on those days and also taking a few hours off here and there (or even a full day off) to recharge.  I’ve saved up my vacation time like a diligent ant and I’m using them judiciously.