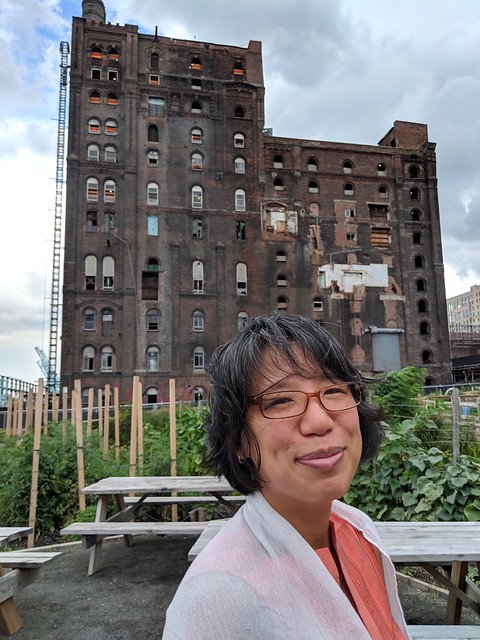 What a fantastic weekend!  Especially since I felt like I snatched it out of the jaws of a weekend work day.  We left the house at about 11:30 and made it to the hotel in Brooklyn at 4:15 and to the party at 5 pm.  Lael and Vikram had already gotten married in a small family ceremony in Michigan around July 4th and this was the reception.  It was held at North Brooklyn Farms and it was threatening to rain a lot and a bit windy, but it only rained when were were all underneath the tent eating dinner and the wind did pick up a small tent covering the caterer’s grill, but it all seemed to settle down during the festivities.  Lael was Jeremy’s coworker at UCS a few years ago before she moved to NYC, and we met up with Rachel another former UCS person.  We had a long discussion about this old Domino sugar factory in the background and whether is was haunted and if we believed in ghosts. 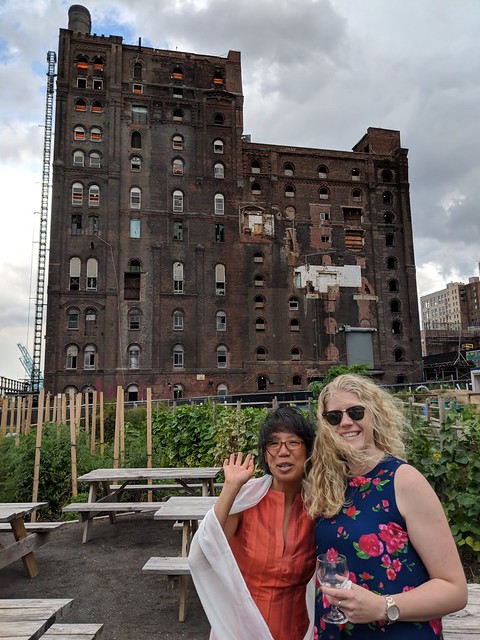 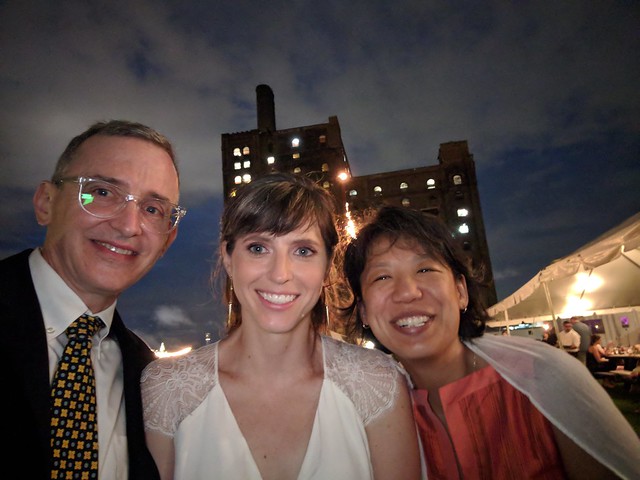 There was glorious square dancing!  We danced so much, it was a lot of fun.  Jeremy was a good sport.  The last big dance, Jeremy and I both found people we didn’t know and danced with them.  This morning, at the out-of-towners brunch, Lael mentioned that she noticed that we had asked other people to dance.  I didn’t think she would have noticed.  I said that I thought that was one of the things to do at weddings – to dance with people you don’t know, but are kind of pre-vetted by your friends.  I might have had 4 drinks, very unusual for me, but they were very modestly poured and I felt light and less self-conscious at the party, but I didn’t wake up with a terrible hangover or anything.

We made a quick stop in Philly on the way home to see Vidya.  The trach is completely out, he’s eating proper food and he’s got his totally motorized wheelchair in place.  I’m so, so impressed with the progress he’s made.  Very happy to see him too.  Now, another two days straight at the hospital.  Wish me luck, I’m going to need it.