Hello loves!  It’s been a long week. Jeremy & I both had challenges this week at work.  For Jeremy, it was annual review time , which as a both an employee and manager Jeremy never, ever finds enjoyable.  Does anyone love annual review time?  I’m not sure it is possible for anyone to love it.

On Thursday, after a week of being pretty sick, Vince rallied to go to school to justify attending the Denzel Curry concert at the Filmore in Silver Spring.  He went with a pal and it was decided among three of the four parents that we couldn’t get the kids to Silver Spring in the late afternoon/early evening (all us working at work), so we agreed that the kids would take the crosstown bus which went straight from the Rockville metro to downtown Silver Spring and that would be totally fine and that Jeremy would pick them up late after the concert ended.  It was raining that day and the fourth parent came home unexpectedly early from a business trip (and thus missed out on the public transit discussion) and found the boys after school trying to figure out the bus schedule and called them a Lyft.  I was like – oh no! What is more of a teenage experience than waiting in the rain for a bus to go to the other side of town to go see a concert?   Vince loved the concert.  There was a lot of moshing.  There was the feeling of being 16 and out on school night and surrounded by everyone else at the concert seemed to be in their 20s.  So exciting!  Remember when you used to think someone who was 23 was old?  Hahaha.

On Friday, I was at the hospital and just losing it.  I will now say that I lose it everyday at 5:15 pm.  I never work three shifts in a row, but most of the time, I work two days in a row and that 2nd day just kills me.  The first day of two-in-a-row, at least I come in fresh from a day off and feel well rested, but that 2nd day, whatever reserves I had to manage whatever crap I am dealing with is just depleted.  It is really, really hard to have a difficult patient.  On Thursday and Friday both, I had a patient (the same both days) who yelled at me the entire 12 hours.  A very complicated patient who needed many, many, many medications, so I needed to be in his room a lot.  He tried to fire me on Friday, though no one took him seriously.  It was bad enough that the patient in the next room was concerned for me because they could hear him yelling my name down the hall.  OK, so that’s going on for 12 hours or 24 hours if you count the two shifts, but besides that, it is like death by 10,000 papercuts.  I will give you only a small, small, percentage of what I’m working with.  I try to print out a label for a stool sample, the printer doesn’t work from my computer station when I complete the task.  I call the lab to force print a new label to the printer.  The force print works, but the ink is misaligned so that only half the bar code prints out.  I have no idea how to realign the ink and I’m like – do I send the sample with half the bar code – is there enough information for them to accept the sample?  Do I call the lab again and force print on the printer all the way on the other side of the unit?  Or will I send it and then they’ll reject it and then I’ll have to figure out how to get another sample?  I’m trying to infuse albumin through an IV line.  Albumin is a thick substance (think egg white) and the IV line is a small bore.  The night nurse had to hang a bag at night and she said that it was constantly clogging and that she needed to flush it every 15 minutes.  I walk into the room to see that the old bag of albumin is still struggling to be infused.  So of course, it does the same for me and I’m like – how the (*&$ am I supposed to get 100 mL of this into this poor patient.  I had to rejigger the IV lines in a weird way to dilute the albumin, so that something that was suppose to be done at 9:30 am is finally complete at 1 pm.  The pharmacy never answers the phone promptly.  I had two patients on Friday that needed, I swear, 8 medications every 2-4 hours.  Without fail, 2 of medications would be missing from the medication machine and I’d have to call the pharmacy to replace the medications, but they won’t pick up the phone, or else they will transfer me to someone “covering my unit” and then accidentally hang up on me.  Someone needs IV dilaudid because they are in severe pain, I go to med dispenser to get the dilaudid and because it’s a narcotic, you have to count how many are in the drawer to keep the count accurate.  The top of the compartment flips open and, I swear, there are 37 loose syringes in the drawer that you have to count before you can pull one – a special kind of torture because if you do the count wrong too many times, it guess it locks you out?  It is like this all day, every minute.  I’m assured, by many people, that this feeling will go away, but it doesn’t mean that it isn’t extremely painful right now.  While I was being yelled at by my patient, my male nursing assistant was standing right outside the door making sure that I was alright and wouldn’t get hurt.  My charge nurse checked in on me all day and helped me out when I needed it.  I’ve given up on not crying anymore, so I cry and someone usually gives me a hug in the medication room (not a patient! yet.).  On the floor yesterday, there were 5 nurses covering 30 patients (usually there are 6, but one of the nurses puked in front of the elevators and went home early) and 3 of us (3!) had fewer than two months experience.  Honestly, the thing that usually sends me over the edge is someone asking me – do you think they have more lime jello/freezer popsicle icees in the cafeteria? or I think I left my phone charger in the ICU, could you get it back for me? or can you change this medication from a pill to liquid? or the ever popular – when do you think the doctor will come see me?  these simple questions drive me batty.  You think I could answer all these questions/solve these problems in 30 seconds, but really, they are extremely complicated to execute.

My parents were in town for a hot second.  I saw them Friday night. 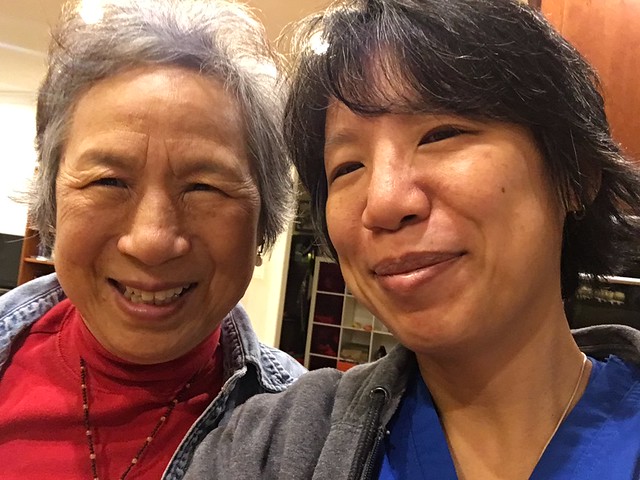 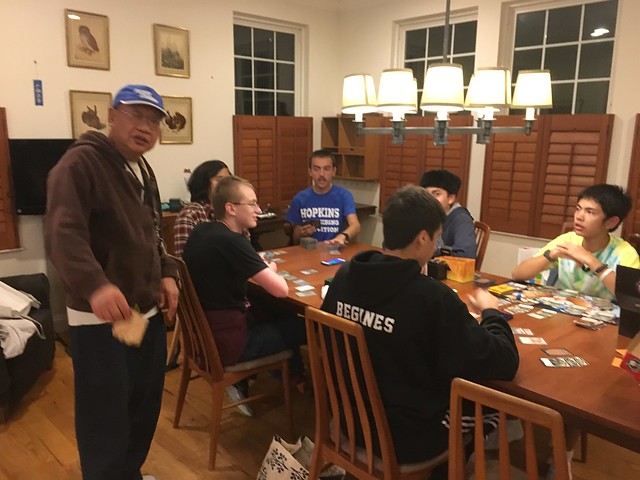 One thought on “tough week.”