I got cancelled today from my hospital gig.  Somehow, my unit is the only unit on the planet that is overstaffed, so they rotate who gets cancelled.  I think there is a way of tracking this, but I have no idea where the list is or who gets cancelled (I think some people ask to be cancelled and can get to the top of the list? Maybe?).  Though people generally don’t want to be cancelled (because you either 1) don’t get paid or 2) have to use your vacation time), I felt like I had gotten a free snow day.  Wheeee!!!  I was thrilled.  Honestly, I’m dreading going into work everyday.  It’s not that I’m getting yelled at or anyone is throwing me shade or anything, it’s just that it’s a ton of work.  On the one hand, it’s exactly what I thought it would be and I’m learning a lot and on the other hand, it’s completely overwhelming everyday.  I’m trying to convince myself not to think too hard about it and just do it.

There I am, at 8 am with both kids off to school and me thinking that I’d have a whole day of cool fun stuff like catching up with laundry, paying bills, cleaning up the house and just relaxing and watching youtube videos about asmr when I hear a crash in the front foyer.  I don’t move from where I’m eating my breakfast avocado toast and yelled to Jeremy – you OK?  I hear – uhh, could you help me, like now?

I found Jeremy splayed out on the ground in the front foyer in a puddle of glass and milk.  He’d tripped coming back into the house while carrying four glass bottles of milk.  A milk bottle fell to the ground and shattered and then he fell on top of it all.  I start trying to find out where all his cuts are, to clean the glass and the milk and keep Maxi from trying to lick all the milk and getting both cuts and diarrhea.  Jeremy had one large laceration below his right knee which I knew needed stitches.  So off we went to the ER.  And I thought I wasn’t going to go to a hospital today. 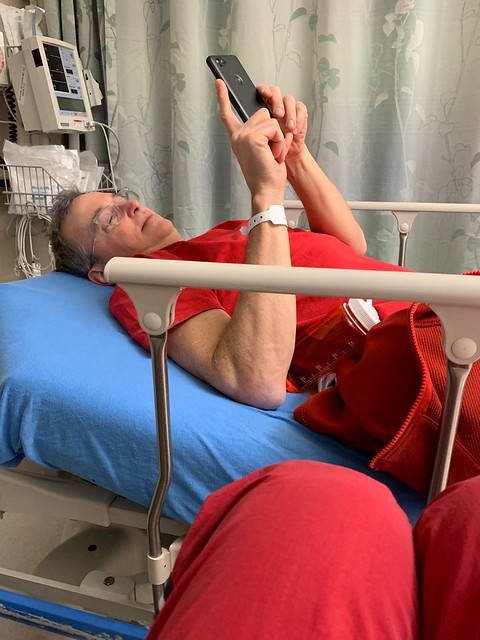 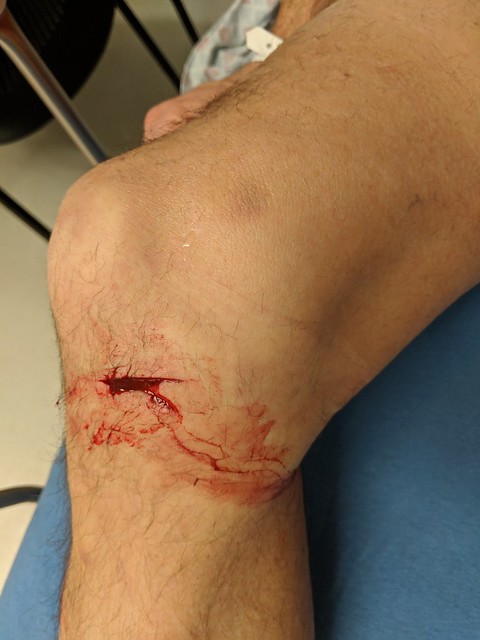 Jeremy told the PA that was stitching him up that I was a new nurse, so the PA happily walked me through the stitching process.  How to properly inject the lidocaine, how to irrigate the wound, which types of stitches to use in what situation.  I often do wound care on the floor, but not accidental lacerations and no stitching.  Jeremy thinks he got a better stitch job because the PA was trying to show off.   It was a deeper wound than I thought it was at first glance, the glass went in sideways so it’s actually deeper than a quarter inch and the skin kind of “flaps” about half an inch from the incision. 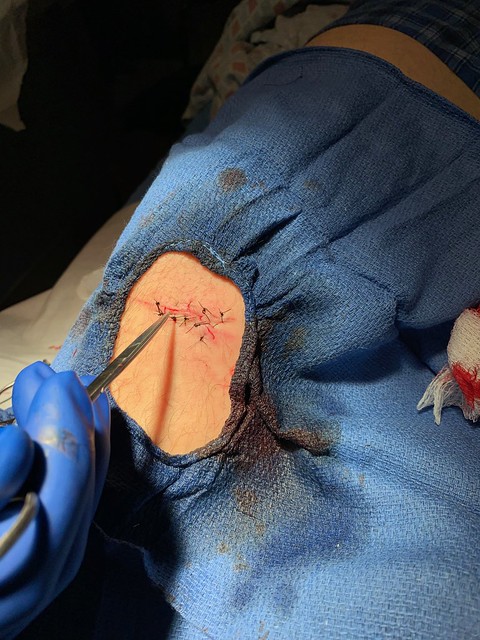 Poor boy can’t bike for about two weeks.  Since it’s right near the knee, it’s skin that gets a lot of pull, so he’s suppose to keep his leg straight-ish for a while. 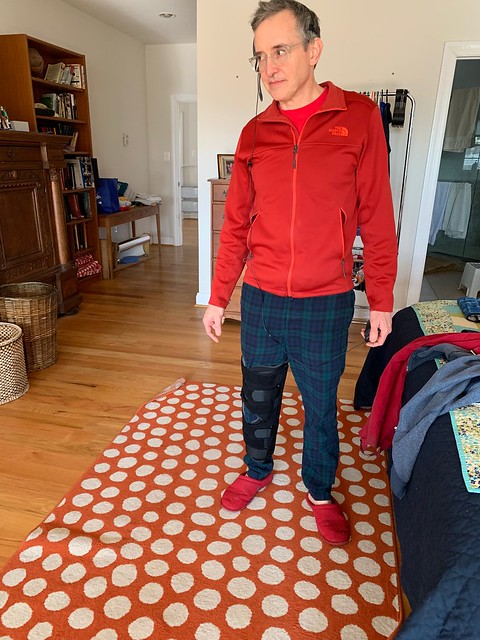