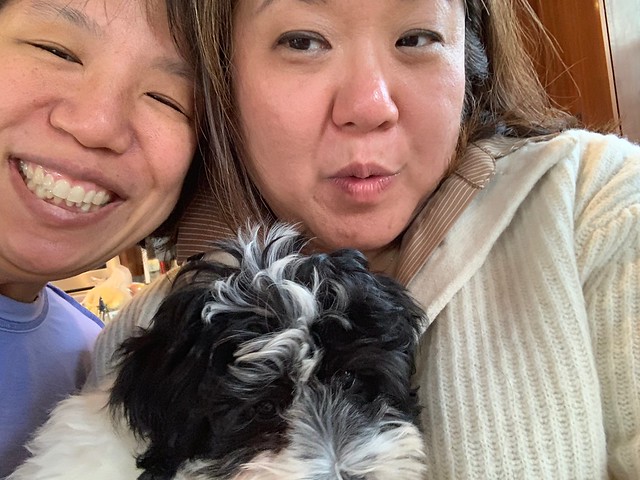 Gus (and Lana) came over and we tested Max’s ability to tolerate another dog in the house.    We started by having the two of them meet outside on a walk.  Max, the 4th child of the Lee-Martin household, really got the short end of the stick in terms of outings/dog parks/etc.  So Max is a little undersocialized and can be a little aggressive meeting other dogs for the first time.  But she did pretty well this holiday season on the crowded C&O canal and she did really well with Gus.  But I think it helped that Gus is 11 weeks old and under four pounds so maybe Max did not feel threatened.  The puppy attracted other fans, Sophie heard there was a puppy next door and came by to hug Gus. 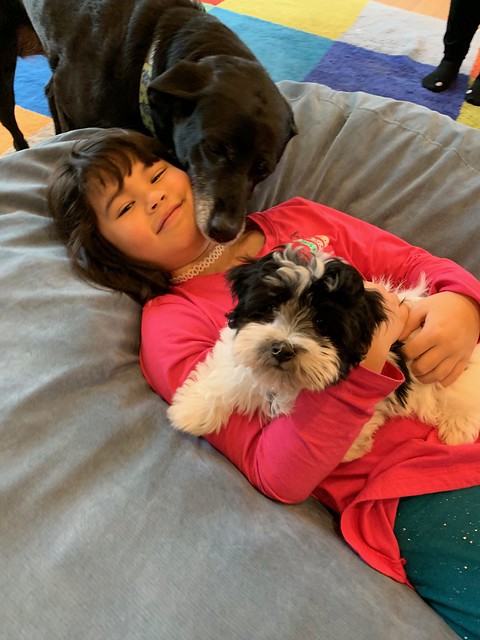 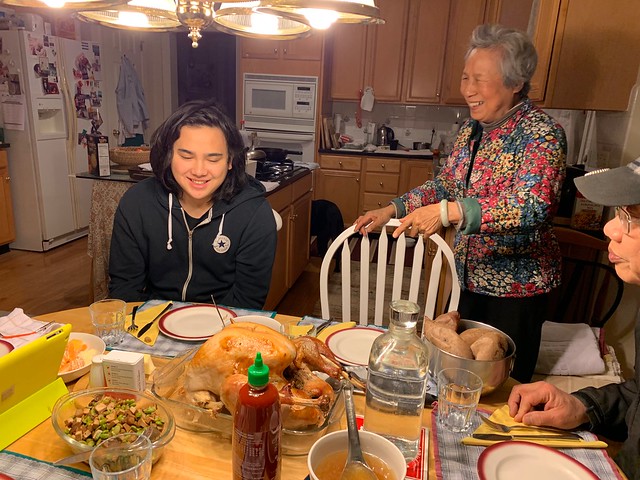 We taught my dad how to download the McDonald’s app on his phone and figure out what the daily deals are.  His trips to McDonald’s will never be the same again.