I now have evidence that perhaps my gloomy mood over the past few days? weeks? have been entirely hormone driven.  I hate that about being female.  I tend to always forget that is a possibility when I’m in the terrible mood and then when everything shifts and seems OK again, I’m like – oh yea!  that’s right.  I’m a girl.  F that.

I want to give kudos to Jeremy this week.  I was at the hospital on Wed & Thursday – completely without my phone.  I’ve given it up, the reception is so bad on the unit and then I feel like it gets snot, puke, urine, poop, hep C, TB, HIV all over it while it’s sitting there in my scrub pocket.  Vince got a stomach bug on Wed in the middle of school and Jeremy handled the whole thing with him – getting him excused, suggesting an uber home, getting him some immodium.  And then on Thursday, I had no idea Vince stayed home all day from school until I came home at 8:30 pm (which was before Jeremy got home).  Jeremy took care of it all despite having to work a gala on Wed night and meetings on Thursday night which brought him home later than me on both nights.

For my weekend off, Jeremy is going camping this weekend for two nights, he’ll be back on Sunday.  As Jeremy is the #1 adult organizer for the scout trip to Philmont this summer, he was suppose to go with Vince and the rest of the scouts for prepping for Philmont, but Vince says his stomach is still off.  I wanted to give Vince some trouble for this as he went to school today, but Jeremy told me to lay off of him.  Fine, I said.  Jeremy, as he was packing, was mumbling something about being too busy.  He had taken today as a vacation day, but a few things came up and he ended up fielding calls and working most of the day.  I’m like – you OK going camping without Vince?  He said – yeah, I wouldn’t want to rush to the bathroom all the time camping, it’s OK.  As soon as Jeremy left for the campout, Vince said, I have a friend coming to pick me up for a Magic the Gathering party.  I’m like – hold your horses, what?  I thought you were sick?  I put the kibosh on the Friday night party.  If you’re sick, you’re sick.  We are spending the evening trying to not be irritated at each other.  We managed to watch the first episode of Friends together.  It’s a good show right from the start. 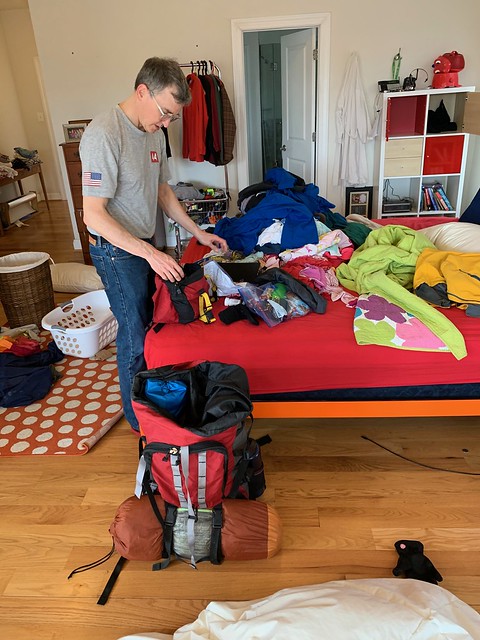 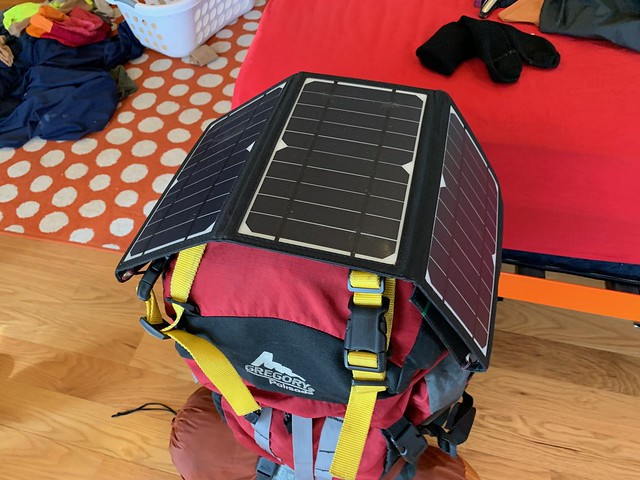 I read with interest the bribing to get into, of all places, USC.  I whispered to Jeremy late on Thursday night and said – I think I could have done that (well not at USC – somewhere else.  not to knock USC or anything).  Jeremy practically lept from the bed and said – you would never, ever do that.  You would never pay someone to take the SATs for our kids or fake they played soccer.  I wasn’t so sure.  All I can say is that I had no idea how strong my compulsion was (is?) for my kids to go to an elite college.  I think I’ve mostly let go of it now.  I had to let go of it when Edda was 3.  And I’m doing it again right now for Vince.  Honestly, it’s easier to give it up knowing that it’s not a meritocracy.  Jeremy laughed at me and said – it was never a meritocracy, why would you ever have think it was so?  Grad school is better.  This college thing is a compulsion or a fixation which is deeply, deeply ingrained in my psyche.  There is no other clear shortcut of saying how great of a parent one is than by saying – Yeah, he goes to Stanford.  I’m as wanting of status as the next guy.  (Notice this is all about me, nothing about my kids.  My kids have good heads on their shoulders.)  I might play it off cool, but trust me, I want it too.

I pulled my back lifting a patient on Sunday.  She was scrunched, sliding down in the bed or was it he?  I can’t remember honestly.  I used the draw sheet to pull the patient up towards the head of the bed and I felt a muscle in the small of my back just ever so slightly ease out of its proper range of motion.  I didn’t feel it much while working that shift, but I could feel it the rest of the week only when I replicated the “pulling the patient up towards the head of the bed” motion.  My charge nurse saw me stretching it out on Wed and said that I needed to go to Employee Health down in the basement an file a report.  I’m like – whatever, it’s not so bad.  Then later, Jeremy said – I think you should take it seriously and report it. So I went today and filed a report.  And they told me to take some Motrin.  I’m like – I don’t like taking Motrin.  I know I’m a nurse and I give medication all day, but really, I don’t believe in any of it.  (well not really, I do believe in it – like I totally vaccinate my kids and myself and I believe that antibiotics work, etc. etc.)  I just believe in suffering more than relief.

Wow, this is a weird blog post.  I think it’s time to stop.